Architecture student Johanna Regger's master thesis deals with the flight routes of young Syrians. She created a touching graphic model from the stories young refugees shared with her. 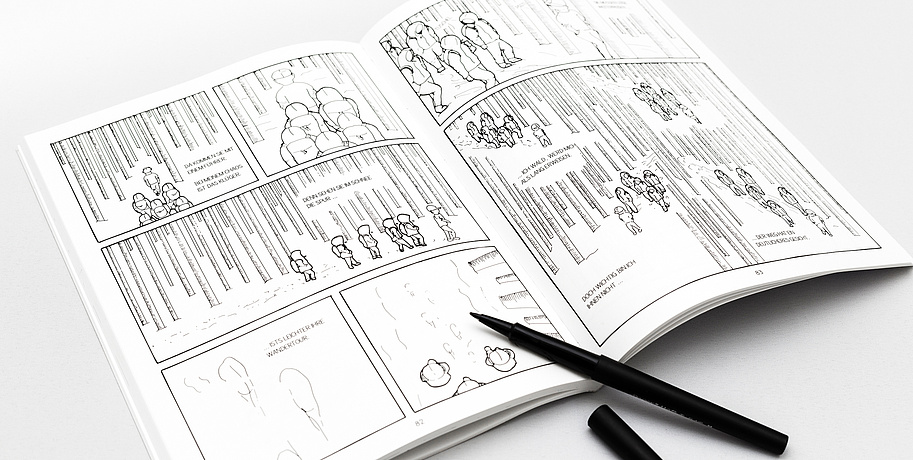 In her master thesis, Johanna deals with the different spaces refugees encounter on their migration route.

What makes the graphic novel “In Mind” so interesting is its two-level context – i.e. the level of architecture and the level of the escape – that makes sense through the artistic form of the comic. The novel tells of our environment and the perspective from which we perceive it. This may sound simple, but in the beginning it was quite a challenge to map out the task.

The starting point for the project was finding a story worth telling that I could present in the style of a comic. I wanted the plot to be longer than just a few pages, and I was aiming for a profound content and logical story line. I knew very early that the story would revolve around people “outside” society; the idea was influenced by heterotopias that I found very fascinating. However, it was still not an easy decision to write about the topic of refugees, because I did not really, or just to a limited extent, want my final project to tackle a political issue; perception and the social aspect were more important to me. 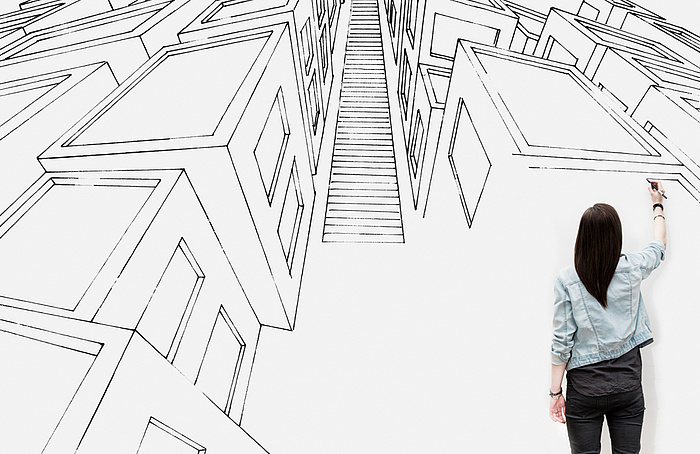 The drawings were made by hand: Johanna Regger at work.

The first drafts of the script dealt with solutions of how to avoid the escape route. I started experimenting with airships, had them fly from A to B and distribute people. But with these utopian ideas I got exceedingly entangled in political decisions as the ships violated the airspace of several countries. The more I focused on this type of solution the more important the actual flight route became that I had seemed to ignore until then.

By chance I got into contact with Caritas and asked one of their staff to show me her world and to give me an opportunity to interview refugees.

110 pages are filles with the moving story of refugees.

It was only through my talks to the people in the refugee homes that I realised how little sense it made to create a utopia that totally ignored the actual flight route and its problems. The organisation of an escape and the strategies of migration soon turned out to be the main issues of my research, and I decided not to invent anything but to report on an actual flight route.

Some people from Syria were surprisingly open in their accounts about their escape, the hardships and tragic moments they encountered and the memorable situations imprinted in their memories.

Some people from Syria were surprisingly open in their accounts about their escape, the hardships and tragic moments they encountered and the memorable situations imprinted in their memories. I got a relatively clear picture of the migration from these personal and emotional conversations, and I started creating a route with the different spaces and places described in these narratives.

It seemed wrong to me to write from the refugees’ perspective, because I had never been in a situation of this kind.

It seemed wrong to me to write from the refugees’ perspective, because I had never been in a situation of this kind. Letting architecture do the talking came almost automatically. The abstraction of the images and text (through rhyme) came about for the same reason. Listening to the stories the people told me I had to imagine what these spaces could have looked like to give them a simple form in the graphic novel.

I am convinced that interdisciplinary work and the contact to other disciplines (be they artistic or technical, etc.) are important in architecture. We design for people, and therefore we should learn to understand people and to express ourselves.” 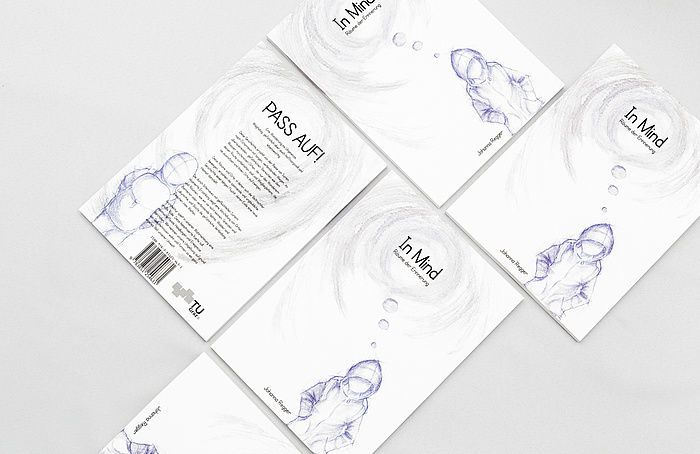 “In Mind, Räume der Erinnerungen” is available from the TU Graz Publishing.

“In Mind, Räume der Erinnerung” is the title of the master thesis of student of architecture Johanna Regger, born in Graz. The graphic novel is available from TU Graz Publishing.