… Graz, a student’s city with a cozy and friendly vibe

Since I'm studying at TU Graz, I have been living in Graz, Austria, for the past two years. Not only is university life a lot of fun, but the city itself is a delightful place and motivates me to enjoy my time. 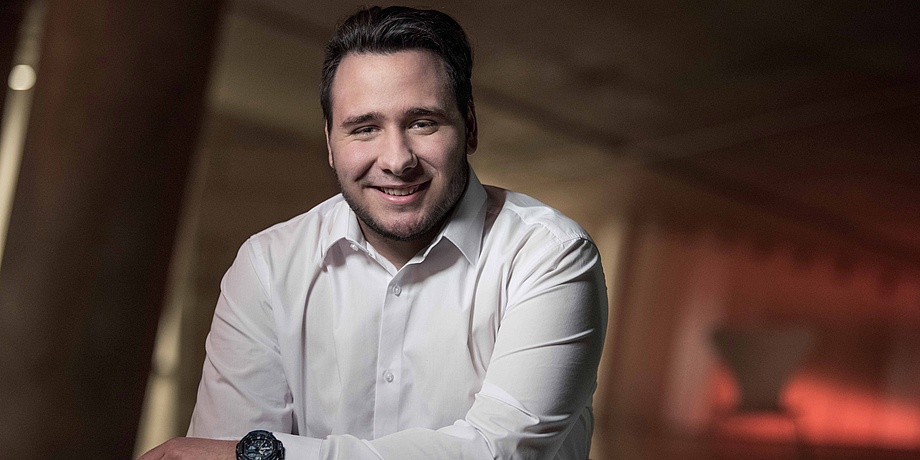 Gergő Horváth came from Balatonfenyves, Hungary, to Graz, Austria, to do a bachelor’s degree programme in chemistry at TU Graz. © Jungwirth – TU Graz

My name is Gergő Horváth and I come from Balatonfenyves, which is a small town in Hungary. In this blog post I want to present Graz to you as one of the best cities to study in.

In this blog post I want to present Graz to you as one of the best cities to study in.

Graz is a medium-sized city in Austria, in the center of Europe, surrounded by mountains, which protect the city from gales and storms. Graz is the regional capital of Styria (Steiermark). As I have already mentioned, the city has an incredibly delightful vibe. A possible reason for that might be the presence of four different universities in our city. Around twenty percent of the population are students, which means every fifth person is studying at a university. This has a big effect: there are many free events and possibilities in the center for both young and old.

Are there any sights you should check out in the city?

Graz has a beautiful historic downtown, which is proved by the UNESCO World Heritage Site award won by the city in 1999. The city center is filled with cobbled streets and marvelous squares. The "Schlossberg" is probably the most famous spot in Graz. It is a prominent hill in the center of the city with a clock tower nearly 30 meters high at the top called the "Uhrturm". 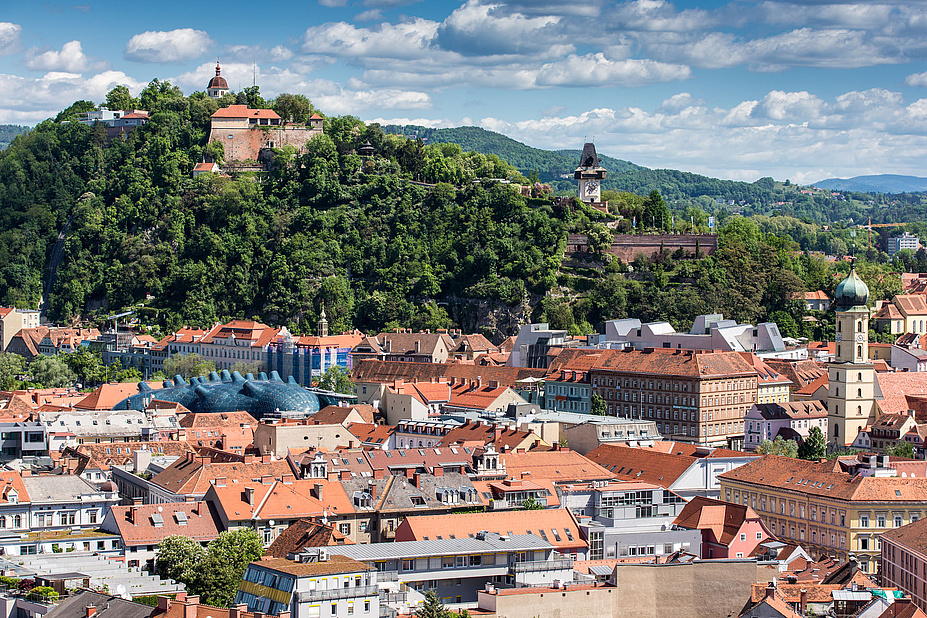 The “Schlossberg” with its sights and restaurants is a popular destination for families or individuals in the center of the historical Old town of Graz.

It is a great destination for families or individuals who feel like strolling around or hiking to the top. There are many cafés on the top of the mountain as well, where it is worth having a cup of coffee and admiring the landscape of Graz.

My second favorite place is the Styrian Armoury. This is the world’s largest collection of intact historical armor and contains around 32,000 objects such as pieces of armor, firearms and cannons. The exhibition is presented on four different floors downtown.

The River Mur divides the city of Graz into two sides. In 2003, Graz was the European Capital of Culture and for this occasion they built a modern floating island in the middle of the Mur called “Murinsel”. There are several venues and a café on the island. The island is even more stunning in the evening because of the blue light which glows from it. 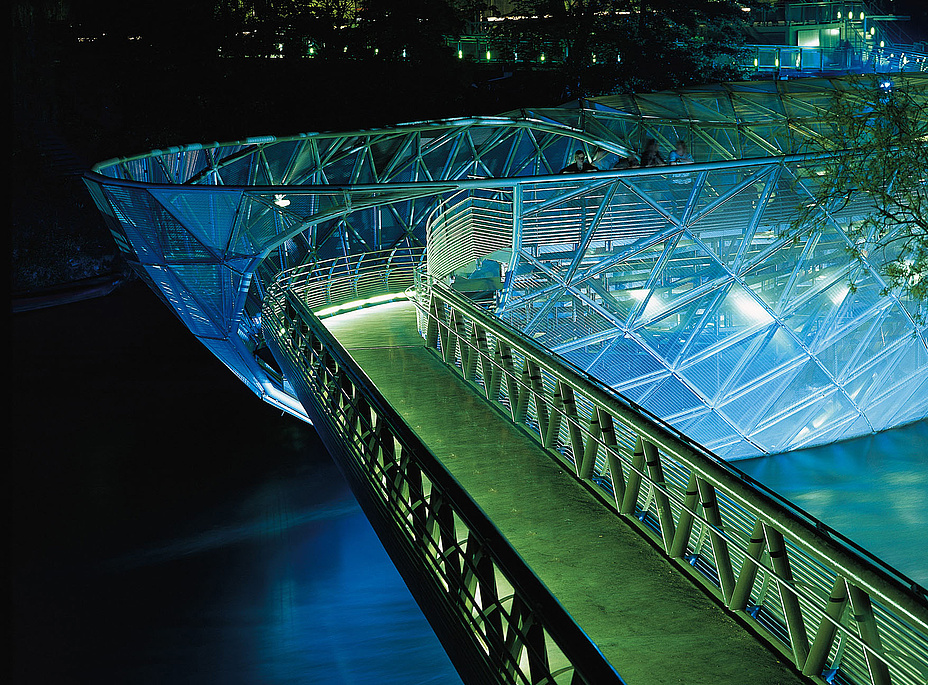 The "Murinsel" lies as a floating platform on the river Mur in the middle of Graz, between Schlossberg and Kunsthaus.

The next site I would like to introduce is the "Kunsthaus". It is a modern art museum in the shape of a real heart situated in the city center not far from the “Schlossberg” on the other side of the river. It might be the most fascinating building in Graz. Inside this impressive heart shape, there is a modern art collection which contains international contemporary art and regional, local themes and objects. The exhibitions change regularly. And not to forget: the Kunsthaus Café at Kunsthaus Graz is a popular meeting place and a good point of departure to explore the city.

When I arrived in Graz, I immediately had the impression that Austrians love to go bicycling – and to my surprise I found they also cycle a lot in the city. My student colleagues tend to cycle from one university campus to the other. They save an incredible amount of time by using this means of transport. Truth be told, cyclists have to be careful in the city because accidents can happen anytime. In case you are not a bicycle person, there are tons of other options to choose from. Personally I usually walk in the city, because I like to clear my head by being out in the open. Graz also has an efficient public transport system. By tram, you are always able to get from A to B without any issues.

To sum up, I highly recommend everyone to study or live in Graz because no matter what kind of person you are, you will find the hobbies and activities to suit you.

Gergő Horváth came from Balatonfenyves, Hungary, to Graz, Austria, to do a bachelor’s degree programme in chemistry at TU Graz. Being part of the TU Graz International Student Ambassador team, he enjoys helping and informing other prospective students from his home country. If you have any questions regarding studying and living in Graz, please do not hesitate to ask via email or social media.

Read more about Graz as a City to study in.