Towards a Physical Theory of Plasticity

The relative ease of plastically deforming metallic materials is a prerequisite for their widespread application in mechanical engineering. 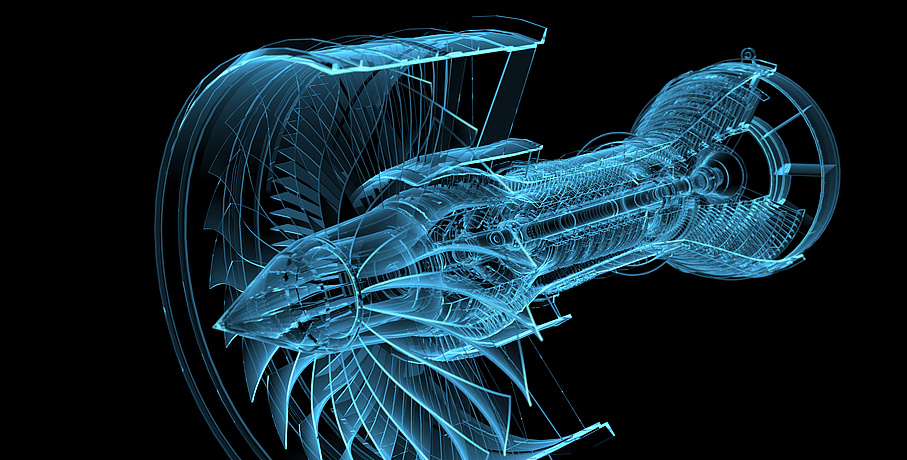 So it is surprising that the plastic deformation of metals has not been completely understood by now. While elastic characteristics of new alloys may nowadays be predicted from quantum mechanical simulations, there is still no way to predict the plastic behavior of metals from basic properties of the crystal structure.

In many areas of physics (diffusion, fluid mechanics, plasma physics) the continuum theories of engineering sciences may be derived from the behavior of many single objects using methods from statistical mechanics and thermodynamics. Such a derivation of a continuum plasticity theory from dislocation theory has long been viewed as a hopeless endeavour in materials science. One important reason for this is the fact that dislocations are moving flexible lines, which obstructs the application of methods from particle physics. Only recently, Thomas Hochrainer, Institute of Strength of Materials at TU Graz, laid the foundations for the transfer of the methods from particle physics. He adopted the concept of alignment tensors from other continuum theories of extended objects to the dislocation case and derived evolution equations for the tensorial dislocation density variables which account for the kinematics of moving flexible lines. 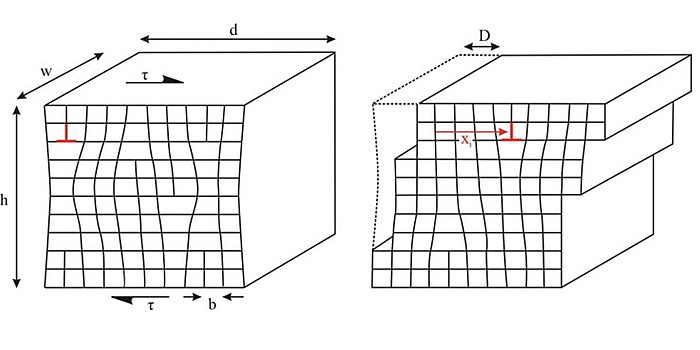 Schematic picture of the permanent shearing of a crystal produced by moving dislocations.

Within the Research Unit “Dislocation based plasticity” funded by the German Science foundation (DFG), with interdisciplinary partners at Karlsruher Institut für Technologie (KIT), Friedrich-Alexander-Universität Erlangen-Nürnberg and Technische Universität Bergakademie Freiberg, we are currently working on including collective effects due to dislocation interactions in the continuum dislocation dynamics framework. This requires transferring statistical mechanics and thermodynamics methods from many particle systems to the dislocation case. 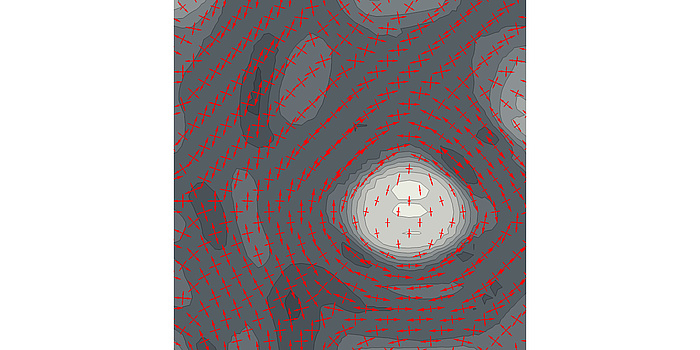 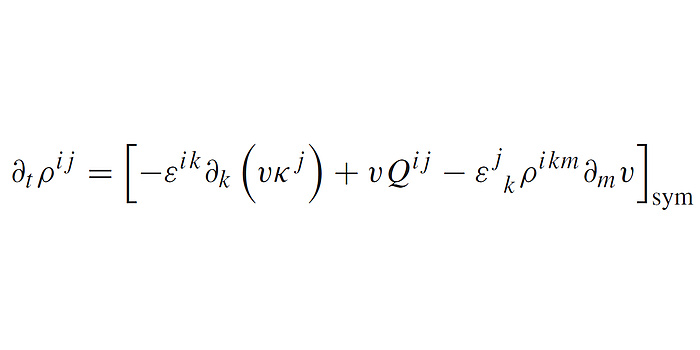 Evolution equation of the dislocation alignment tensor of second order.

Due to the consideration of dislocation interactions, the continuum dislocation dynamics theory becomes moreover size-dependent. This means that for specimens with dimensions on the order of the average dislocation spacing, the plastic characteristics turn out to be dependent on the absolute size. Note that classical continuum plasticity is size-scale independent, but numerous size-effects have been observed in small-scale plasticity. We are currently in the course of validating the continuum dislocation theory by comparing it to micro-torsion experiments at KIT. 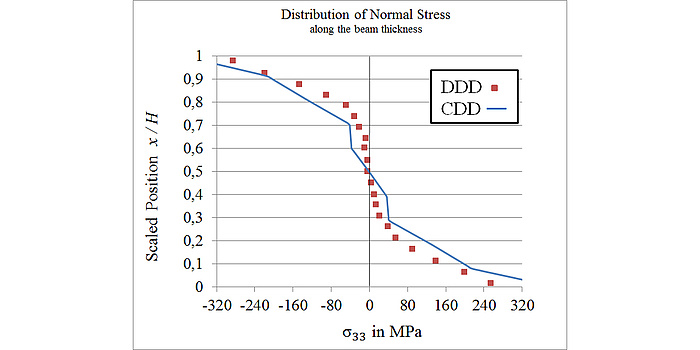 The next big challenge in continuum dislocation theory is predicting work hardening. This introduces new theoretical challenges because the dislocation reactions involved in strain hardening lead to dynamic changes of the topology of the dislocation network, which are not yet reflected in the current evolution equations.

This research project is attributed to the Field of Expertise „Advanced Materials Science“ , one of TU Graz' five strategic areas of research.

Thomas Hochrainer is head of and professor at the Institute of Strength of Materials of TU Graz.