TU Graz, through its Institute of Timber Engineering and Wood Technology and the “holz.bau forschungs gmbh” Competence Centre, is developing innovations that strengthen Austria as a prime location for the timber industry. 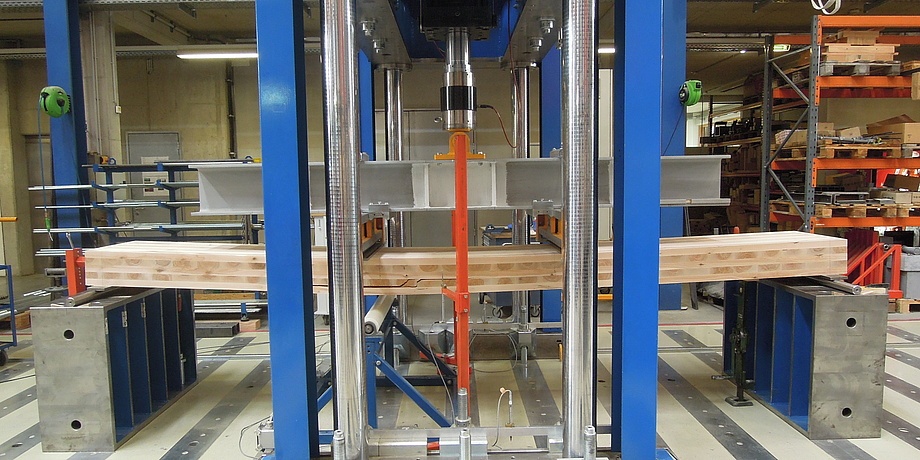 Almost half of Austria’s national territory is covered by forests. As a renewable resource that binds carbon dioxide wood not only contributes to climate protection, it also creates some 300,000 jobs. This makes wood an immensely important economic factor, in particular for structurally weak rural areas.

Processing timber and transforming it into high-quality industrial products adds considerable value to the raw material, especially if domestic enterprises are involved and the value is created locally. One such product that enjoys increasing popularity both at home and abroad was developed to a significant extent at TU Graz. It is called cross laminated timber (CLT). These large building panels are already recognised as a game changer with a bright future in solid timber construction. As buildings that combine climate friendliness, sustainability, flexibility and cost effectiveness are becoming more important all the time, this is no surprise. Austria is a pioneer in this field and currently accounts for approximately two thirds of the worldwide production output.

Cross laminated timber consists of various layers of wood – usually coniferous wood such as spruce or pine, but also deciduous wood such as birch trees and beach – glued together orthogonally. This crosswise gluing technique results in dimensionally stable panels. It also eliminates the shrinkage, swelling and distortion usually associated with wood. Another big advantage is that even so-called sidings – the outer part of a tree trunk that is usually considered as low quality saw wood – can be used to make the panels. Due to their high strength and rigidity, sidings are ideal for use in CLT as a high-quality product. As panels with a length of 20 metres and a height of 4 metres in variable layer thicknesses are already being manufactured successfully, Manfred Augustin is convinced of their suitability for multi-storey buildings. In fact, a 14-story building already stands and even higher buildings are planned.

Timber construction engineer Augustin is the managing director of “holz.bau forschungs gmbh” (hbf), a Competence Centre at TU Graz established in 2002. Acting as the link between science and the timber industry, it promotes application-oriented research in the field of timber construction. At the moment it is in charge of “focus_sts” (sts is short for solid timber solutions), an FFG-Comet-K project with a term of four years. One of the objectives of the project, in which numerous players from science and the economy participate, is to develop completely prefabricated “construction kits” or components such as cross laminated timber panels in combination with fully threaded steel screws. 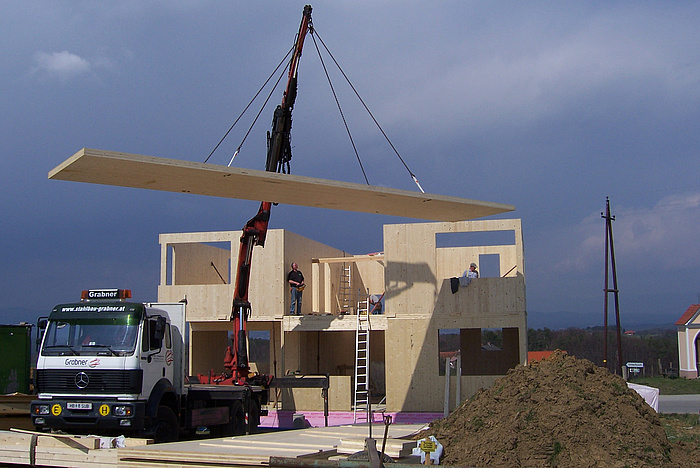 Augustin, a native of Carinthia, explains that “we will need more efficient and affordable buildings in future. The more we can prefabricate in the factory, the faster the building will be up.” Other focal areas of the project include the optimisation of the manufacture of the panels, for example gluing, or comprehensive tests on the bearing, deformation and vibration behaviour. New product combinations – such as the integration of sheet metal in the panels – are explored, new types of timber are tried out and products for new applications – for example for wide-span ceiling structures – are developed. according to Augustin, we are still a long way from exploiting the full potential of this wonderful construction product.

Gerhard Schickhofer, director of the Institute of Timber Engineering and Wood Technology at TU Graz and cofounder of hbf, happily reports that a lot has happened in the sector in the last 10 years – after a lengthy period of preparation. the 53-year old structural engineer, whose graduate thesis was dedicated to this very subject, notes that “building with cross laminated timber is starting to have a considerable impact on construction projects in urban areas.” now he is hoping for more courage – and wood – in urban construction projects. “the existing hotels, schools, offices, multi-storey housing blocks clearly demonstrate that this construction method has a lot of potential!”, he adds.

This is also because modular design in general is ever more popular. “we need new ideas, especially in cities where the cost of accommodation is steadily increasing,” says Schickhofer. “Cross laminated timber is a climate friendly and highly flexible solution.” In addition, modules made of wood are also highly suitable for temporary structures and offer a much better high-quality alternative for steel containers at comparable cost. Schickhofer mentions two highly relevant examples: “cross laminated timber could be used easily to put up good accommodation for many thousands of refugees very quickly, or to build housing in the wake of an earthquake.” 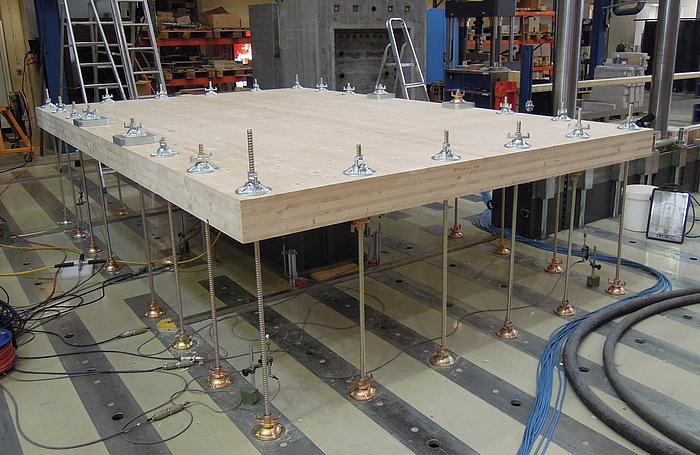 One of the significant advantages of solid timber buildings is their earthquake safety. Japan has recognised this and is planning to use cross laminated timber extensively. schickhofer reports that a five-storey building made of cross laminated timber performed excellently and demonstrated its outstanding stability in a full-scale test in the world’s biggest earthquake research centre in Kobe. The announcement of the state authorities in the land of the rising sun that they will put their weight behind solid timber construction has provoked enormous interest in styrian know-how. Harald Kainz, the Rector of TU Graz, signed a scientific cooperation agreement with the president of the japanese Cross Laminated Timber Association (JCLTA) at the end of August. Schickhofer is convinced that it will benefit both parties.