Temperature in the Internet of Things

Temperature has a strong impact on the operations of electric and electronic components. For example, temperature variations may affect low-power radios and compromise wireless connectivity.

Dependable wireless communications in the Internet of Things
Shedding light on this impact is essential to derive solutions that can increase the dependability of communications between wireless devices in the Internet of Things. Networks of low-power wireless sensors and smart objects are becoming an integral part of our daily lives and are envisioned to be soon employed in application domains imposing strict dependability requirements on network performance, such as smart production (Industry 4.0), smart cities, or connected cars. An essential challenge that needs to be solved in order to enable these attractive applications is the vulnerability of embedded wireless devices to the surrounding environment.  The environment in which wireless sensor nodes are embedded, indeed, often plays a critical role for their performance, especially with respect to the dependability of their communications. An example of environmental impact is temperature variation. Besides affecting the speed of clocks and the capacity of batteries (potentially causing loss of synchronization and early power outages), temperature variations may also drastically decrease the efficiency of low-power radios and cause a degradation in the wireless link quality that compromises the wireless connectivity among devices.

We have shown in our recent work that even the daily temperature fluctuations commonly found outdoors may compromise the connectivity in a wireless network. In the context of the EU-project “RELYonIT” we carried out a pilot outdoor deployment of a wireless sensor network near Madrid, Spain, in order to monitor how well the insulating materials used for the construction of buildings reduce heat transfer. Wireless sensor nodes were installed on the building façades and exposed to direct sunshine, as shown in Figure 1. Despite using stateof- the-art communication protocols, the overall communication performance turned out to be highly insufficient, with only 61 percent of the packets sent in the network being actually received. The network, however, operated flawlessly during nighttime. It was only during daytime, and more precisely, once the on-board temperature of the sensor nodes reached values higher than 60°C as a result of sun exposure that most of the packets were not received. 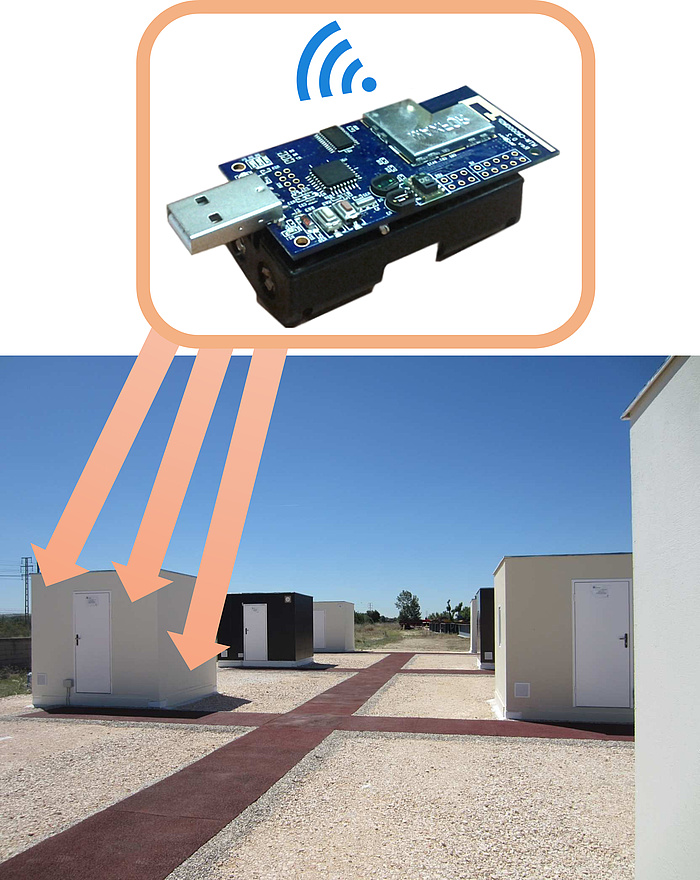 Buildings in Madrid’s test facility and wireless sensor node used in our pilot deployment in Madrid.
Figure 2 shows the relationship between the recorded on-board temperature of the nodes and the packet reception rate: during daytime, the increase in on-board temperature caused by normal exposure to sunshine completely breaks what is a perfect wireless link during nighttime.

High temperature has a strong negative effect on the packet reception rate of low-power wireless devices.
This vulnerability to temperature variations can significantly affect the design of Internet of Things applications: how can developers create smart city solutions if they know that parking spots occupancy and pollution concentration sensors may not be able to communicate during the hottest times of the day?  Our strategy to provide solutions to this problem is to first obtain a deeper understanding of the impact of temperature on the hardware platform in use and to then devise accurate models that can anticipate how the employed communication protocol is in turn going to be affected.

To systematically study the performance of wirelessly networked embedded devices as a function of temperature variations, we have designed a testbed infrastructure that is able to reproduce the same on-board temperature profiles encountered in the real-world directly on the wireless devices hardware. Such testbed infrastructure, based on remotely controlled, infrared heating lamps placed on top of tens of wireless sensor nodes (see Figure 3) allows experiments to be rerun under identical environmental conditions and shortcomings of state-of-theart communication protocols to be revealed and debugged. 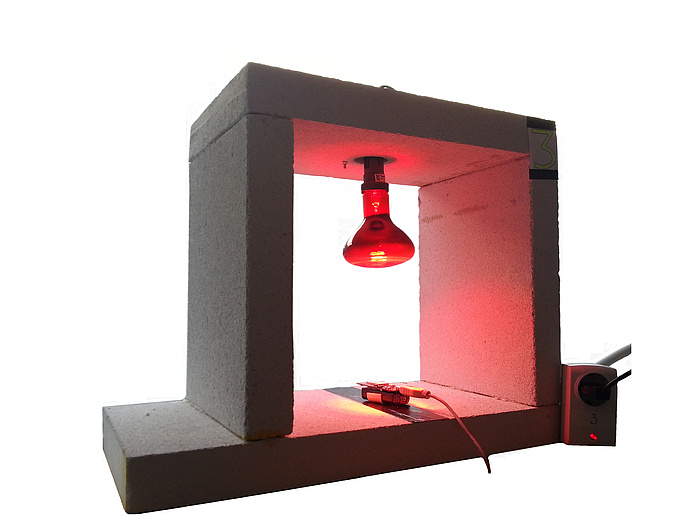 Compensating for the impact of temperature

We are using this testbed facility to benchmark different wireless transceivers embedded in common IoT devices and to devise accurate models capturing the impact of temperature on each specific hardware platform. In most low-power radios, for example, the degradation in link quality as a function of temperature is due to the signal strength attenuation at the low-noise amplifier during reception and at the power amplifier during transmission.  A simple linear model parametrized through lab experiments can be used to extend and correct communication protocols such that they can anticipate any fault introduced by temperature variations. With knowledge of the node temperature changes in the neighborhood, wireless sensor nodes can autonomously predict the impact that temperature can have on communication performance and compensate for it by adjusting protocol parameters such as the clear channel assessment threshold. In this way, we can significantly increase the dependability of low-power wireless communications and seamlessly mitigate the environmental impact by means of adaptive communication protocols.
Carlo Alberto Boano has been an assistant professor at the Institute of Technical Informatics since July 2015. His research focus is on the design of dependable, networked, systems, with emphasis on the energy efficiency and reliability of low-power wireless communications protocols.
Carlo Alberto BOANO
Ass.Prof. Dott. Dott. mag. Dr.techn. MSc
Institute of Technical Informatics
Inffeldgasse 16/I
8010 Graz, Austria
Phone: +43 316 873 6403
cboano@tugraz.at