The dimension of hydrogen utilisation in future fuel-cell applications largely depends on the widespread availability of hydrogen produced from renewable resources. 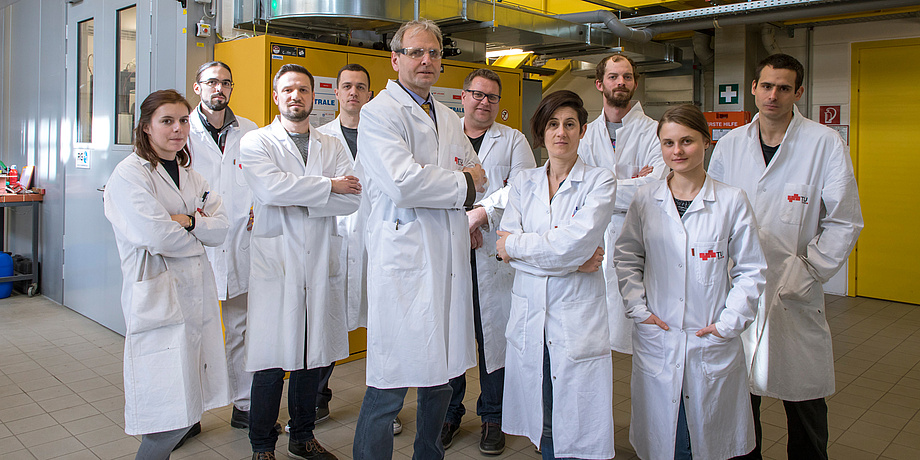 A process to use local available renewables for decentralised hydrogen production on-site was invented at TU Graz.

Fuel cell systems produce electrical power and heat in a highly efficient system with or without minor direct harmful emissions. The efficiency of fuel-cells does not depend on the stack size, and for this reason hydrogen is proposed as energy carrier for the on-site allocation of electrical energy from renewable primary energy sources. Fuel-cell electric vehicles (FCEV) and fuel cell power stations for home use are possible applications which make use of hydrogen for power generation. The sustainability and environmental effects are largely influenced by the production method from primary energy sources. Today, carbon dioxide emissions from hydrogen utilisation are just shifted towards the place of hydrogen production since more than 90% is produced from fossil hydrocarbons. Long shipping distances from centralised production plants to the consumer in combination with the comparatively low-energy density of hydrogen storage solutions require new, innovative solutions.

In the early 19th century the steam-iron process was patented for the production of hydrogen for airship travel. This process was very inefficient since it consisted of only one step carried out in a blast furnace utilizing coal for heat generation and as reducing agent. Within the last 17 years of research and development at Graz University of Technology, starting with Christian Doppler (CD) and Research Studios Austria (RSA) programs, this process was able to be transformed into an efficient, contemporary method for hydrogen production from renewable hydrocarbons. Because of this exceptional experience in fixed-bed chemical looping systems, the Fuel Cell and Hydrogen Systems Group became the scientific partner in a cooperative project of making this unique process ready for the market.

The process is based on the conversion of renewable hydrocarbons, e.g. biogas or bioethanol, which are converted to a synthesis gas in a steam reformer. This gas reduces a metal oxide in a temperature range between 600°C to 1000°C. In a subsequent process step the metal is reoxidized with steam and pure hydrogen is released from this reaction. The fixed-bed operation was evaluated to be the best case within the scope of a decentralised hydrogen production system. The coupling and integration of the two process steps in a compact reactor permits the design of efficient small-scale systems for decentralised on-site hydrogen production.

The long-term stability of the oxygen carrier material used for the cyclic reduction and oxidation played a crucial role for economic feasibility in the industrial process. Iron was chosen as an oxygen carrier because of its outstanding properties in terms of reactivity and oxygen-exchange capacity. It further provides an easy and safe manipulation at a reasonable price for industrial use. Extensive material tests were conducted to accomplish the challenges of long-term stability. Different high-melting metal oxides were tested as additives to achieve a high cycle stability and maintain the reactivity throughout the period of application. The tests are carried out ex-situ for several hundred cycles to prove the material suitability. Afterwards, selected samples are tested for their mechanical strength and oxygenexchange capacity in special lab systems.

In addition to research on materials, process development is conducted in cooperation with industrial partners to optimise the process conditions and the system design at the Institute of Chemical Engineering and Environmental Technology. The research team is particularly focusing on carbon dioxide sequestration. Innovative approaches enable the process-integrated separation of a pure carbon dioxide stream to be used in carbon capture and storage (CCS) systems.

The hydrogen production method was commercialized by Graz University of Technology in cooperation with the research group and has now been realized as a commercial product.

In May 2017, Viktor Hacker and his research team were recognised with the prestigious Houska award. The committee appreciated the scientific development of the hydrogen production system from the basic idea all the way to the realization at industrial scale with intensive cooperation with Austrian industrial partners. Additionally the team recived the Staatspreis Mobilität in November 2017.