Simulations for research into fusion

In the future, a large part of our energy needs could be covered by nuclear fusion. TU Graz is a hotspot for research into fusion in Austria. 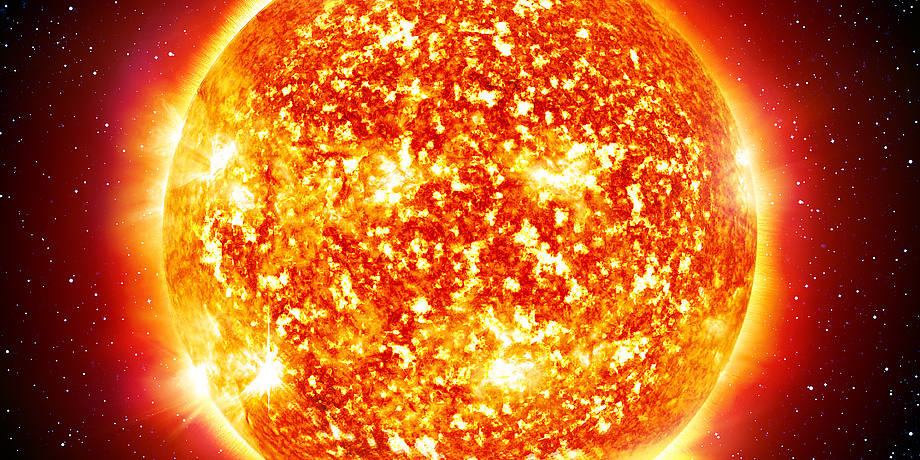 Nuclear fusion is the energy source fuelling the sun.

Inside the sun is a constant fusion-driven inferno. Hydrogen is fused into helium, resulting in a tremendous release of energy. The model of the sun is the basis for research into fusion. Its aim is to obtain heat energy through the fusion of atomic nuclei in a power station to generate electricity. Great hopes hang on fusion research. One gram of fusion fuel could release as much energy as 11 tons of coal. In the future, a large part of our increasing energy needs worldwide could be covered by nuclear fusion. At the same time, the basic material for fusion – deuterium and lithium, which can be obtained from tritium – is available in almost inexhaustible quantities in the world. Additional advantages are that neither is the environment polluted nor is there any danger as with nuclear power stations. 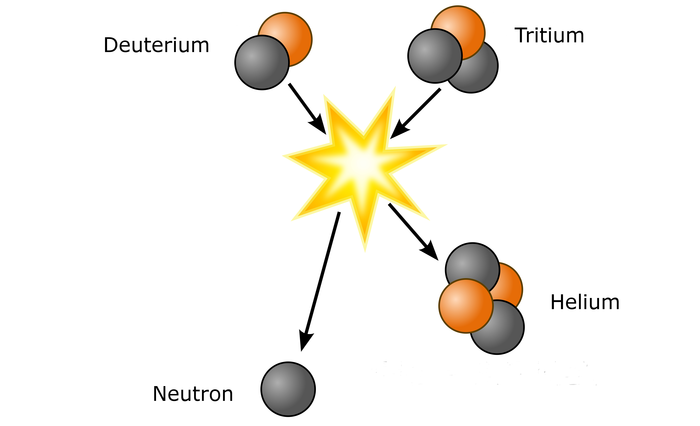 Tritium and deuterium atoms are accelerated in fusion reactors so that their nuclei fuse with each other. This results in the creation of a helium nucleus and a very high-energy neutron. The energy of their movement is transformed into heat in a variety of different processes. From this, electricity can be generated by means of heat exchangers and turbines.

The sun as a guiding star

The model of the sun, however, is very difficult to copy. Unimaginable pressures of over 20 quadrillion (20 x 1015) Pascal reign in giant plasma balls. Only these pressures can overcome the electric repulsive forces and thus lead to nuclear fusion. To fuse nuclei on the Earth, the temperatures in the fusion reactor have to be very high. And scientists can already kindle the fire: the temperature of the plasma necessary for ignition can be achieved by bombarding it with microwaves, among other methods. However, the hot plasma must be kept stable over a long period in order to be able to generate electricity in a power station in the future. Currently, this is not possible. 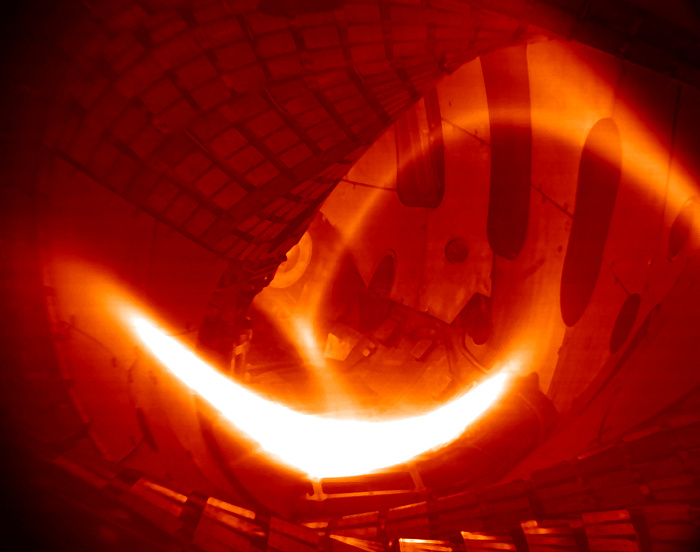 Plasma is ionised gas in which negatively charged particles (electrons) and positively charged atomic nuclei (ions) can move around freely. Plasma is thus electroconductive and the movement of the charged particles can be influenced by electric and magnetic fields. In fusion plants, the hot plasma can be confined in a “magnetic cage” and kept away from the walls, which would cool the plasma and thus melt themselves. Image: The first hydrogen plasma in Wendelstein 7-X (3 February 2016). It lasted a quarter of a second and reached a temperature of 80 million degrees Celsius at moderate plasma density.

“The plasma consists of a huge number of charged particles which influence each other reciprocally. It is only possible to predict its behaviour in detail if you understand the physics of the system,” explains Winfried Kernbichler from the Institute of Theoretical and Computational Physics at TU Graz. Together with doctoral student Gernot Kapper, he is currently involved with models and simulations of transport in plasma in order to understand the behaviour of plasma gas better. Among other things, they provide simulation data to calculate the microwave heat and the confinement of fast particles in the plasma of Wendelstein 7-X, which is an experimental stellarator-type plant at the Max-Planck Institute for Plasma Physics at Greifswald, Germany, which was put into operation at the end of 2015. Wendelstein 7-X is meant to basically demonstrate whether hydrogen-isotope fusion can be harnessed for the industrial generation of electricity. 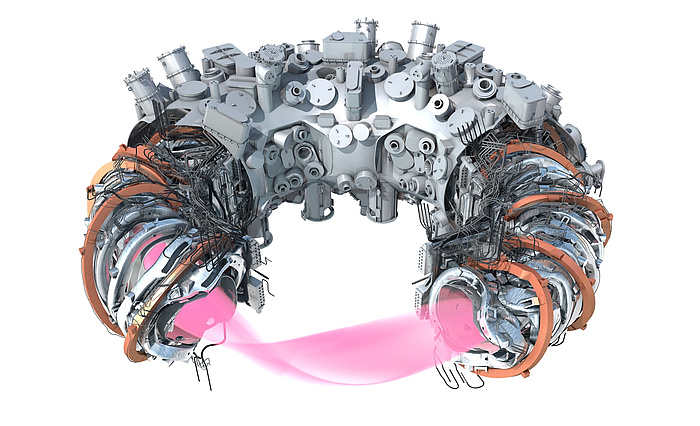 Computer graphic of plasma, magnetic coils plus cabling and cooling pipes, interior support structure and parts of the outer shell of the Wendelstein 7-X fusion reactor. In the experimental stellarator-type plant, the magnetic cage is produced by a single coil system.

Perfecting the physical principles theoretically and experimentally for a fusion power station will occupy the plasma physicists for some time. Parallel to this, special technologies necessary for a fusion power station will be further developed, for instance for heating the plasma and the development of suitable materials. The research group at TU Graz is also participating in the field of the second promising magnetic confinement concept – the so-called tokamak – with theoretical and numerical simulations. The worldwide results of both research approaches should finally result in the best possible fusion reactor, which could be realised in a few decades. 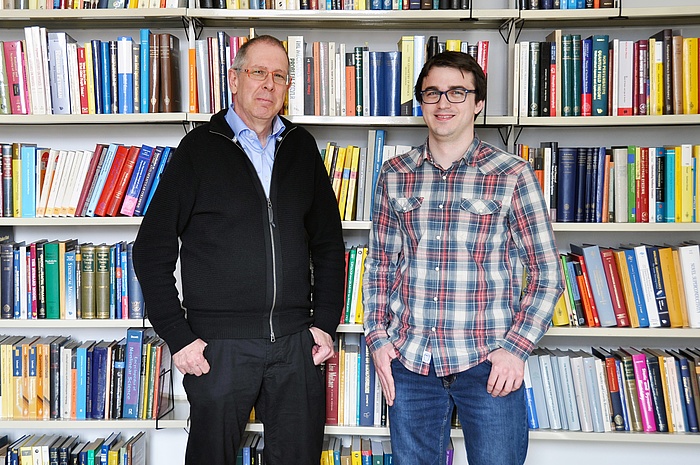 Winfried Kernbichler and Gernot Kapper at the Institute of Theoretical and Computational Physics of TU Graz carry out digital simulations of physical processes in plasma.

This research topic is attributed to the Field of Expertise „Information, Communication & Computing“, one of TU Graz' five strategic areas of research.

The EU-wide research activities in the field of nuclear fusion are led by the EUROfusion consortium. Austrian universities and institutions including the Institute of Theoretical and Computational Physics at TU Graz are contributing significantly to fusion research. Activities in Austria are coordinated by the Austrian Academy of Sciences.