Pro2Future – Products and Production systems of the future

At the beginning of April, the COMET competence centre Pro²Future was established and shared between Linz and Graz. 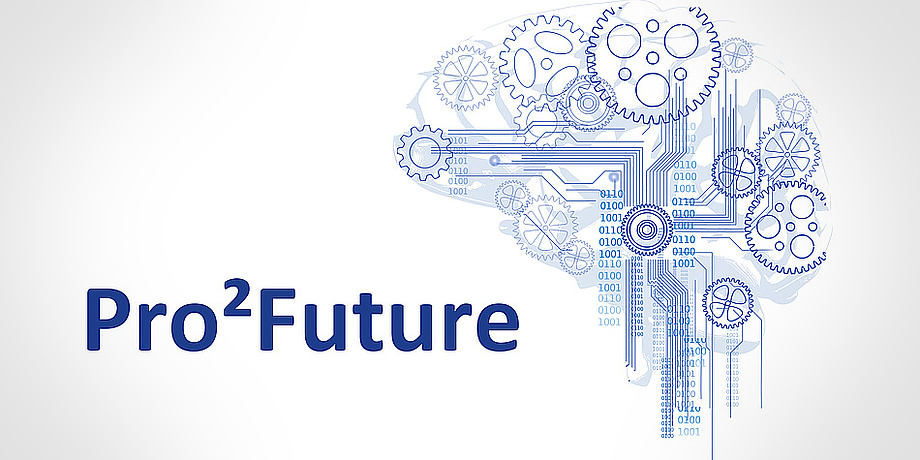 It will conduct research on products and production systems of the future. The key question is: what comes after Industry 4.0? Eight TU Graz-institutes of the FoE Information, Communication & Computing and Mobility & Production are taking part in the research.

Production systems which are able to see, hear, feel and react accordingly and furthermore plan the workflow themselves are the main interest of the research. Such “cognitive” products and production systems are part of the vision of the new COMET competence centre Pro²Future, which was launched on 1 April at the Johannes Kepler University Linz (JKU), TU Graz and the Upper Austrian research company PROFACTOR.

In this context, “cognitive” means that human capabilities are “learnt” by both production systems and products. “Through our research we want to look at future possibilities with a view to using them in an industrial context. ‘Beyond Industry 4.0’ in other words. That’s our plan,” explains Heimo TheuretzbacherFritz, who heads the centre as commercial manager with Alois Ferscha from JKU as scientific director. The formula behind the organisation which has been prepared over several years: “Products and Production Systems of the Future” – “Pro x Pro Future” – “Pro²Future”.

In the future, machines should be able to recognise when humans and other machines are moving about in the room and adapt their work accordingly. By means of Augmented Reality, the next steps in the production process as well as in maintenance should be communicated to the employees to facilitate, for example, much cheaper and shorter maintenance and repair work. Not only should humans learn to handle the new systems, but the machines should also recognise independently how to interact with their environment. “We work on ‘man-machine interaction’ and ‘collaborative robotics’. In other words, on the collaboration between man and machine as well as between machine and machine,” summarises Theuretzbacher-Fritz. The ideas and results will be tested directly at the different research facilities in special, customisable production environments and later taken up in regular operation by partner companies. 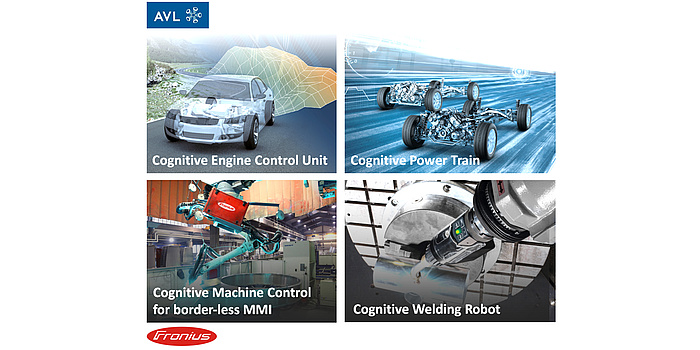 Products and production systems of the future are “cognitive”.

Five plus one area

Pro²Future will intensively grapple with the question of how products and production systems must be designed in order to be “cognitive” in six research areas. The Areas 1 to 3, called “Perception and Aware Systems”, “Cognitive Robotics and Shop Floor” and “Cognitive Decision-Making”, will deal with basic research for the central Areas 4.1 “Cognitive Products” and 4.2 “Cognitive Production Systems”. The Cross-Area “X” is distributed throughout all the research areas and is defined in close cooperation with a COMET competence centre which is also being set up. The CDP (Center for Digital Production) is being prepared by TU Wien, Vienna University of Economics and Business, and V-Research and deals, at first glance, with what appear to be very similar subjects, but has a stronger manufacturing technology-oriented approach.

In the course of this cooperation, the first demonstrators should be produced very soon and will be fully functional prototypes. “At the moment we’re thinking about a cognitive welding appliance which can give feedback throughout the production process and suggest improvements. We also have ideas about tools in daily use which we could fit out with cognitive senses,” explains Heimo Theuretzbacher-Fritz. 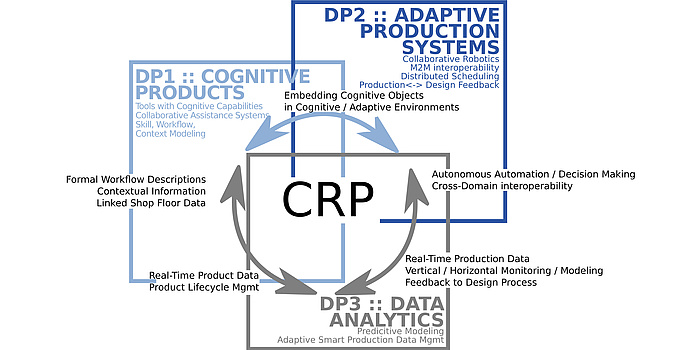 “Even simple tools like drilling machines that individually tell you what force and forward feed should be applied to achieve the ultimate outcome with a specific material will become high-tech-products and power-tools to be used in different manufacturing processes,” explains Franz Haas, part of the FoE executive team Mobility & Production and also involved in the production part of the competence centre.

Jasmin Grosinger, currently a post-doc at TU Graz’s Institute of Microwave and Photonic Engineering, is also involved. “We’ve got wonderful ideas about sensor systems and information recorders with which products can be fitted out and which can then accompany the complete product life cycle and send us data at every step of the way, and help us draw conclusions,” she says, with an eye on the future. To implement this vision, it is necessary to have extremely small systems embedded in the product and they have to be so robust that they can communicate with their environment reliably and wirelessly.

Though this research may focus on technology and machinery, the human being as the central figure in this huge manufacturing performance will not be left out. Due to the proximity with the universities, present and future employees in the partner companies can be specially trained and educated for the new methods in parallel to this research. “We’re not trying to develop a fully automatic factory,” explains Theuretzbacher-Fritz. “Man-machine interaction is the main subject here. We’re involving the employees who will be working with the new methods in regular operation at every step.” 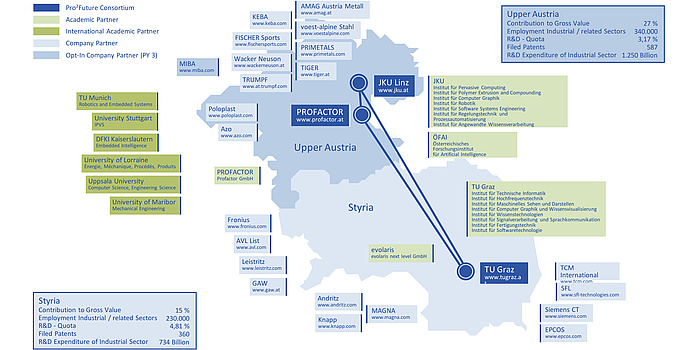 Pro2 Future is being lead by a large-scale, multidisciplinary consortium of scientific and industrial partnerns.

This research project is attributed to the Fields of Expertise „Information, Communication & Computing“ and „Mobility & Production“, two of TU Graz' five strategic areas of research.