Breast milk contains the optimal mix of nutrients for a healthy development of the baby. Certain complex carbohydrates known as human milk oligosaccharides are among the most important contributors 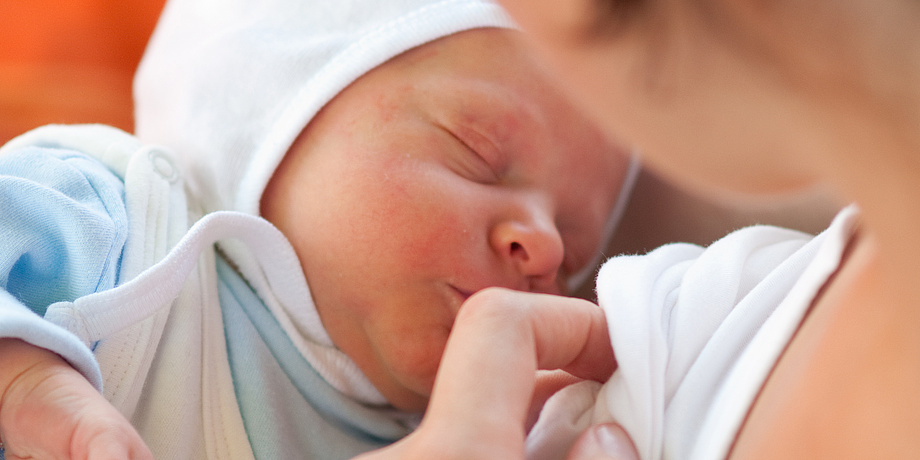 Breast milk contains the optimal mix of nutrients for a healthy development of the baby.

The Institute of Biotechnology and Biochemical Engineering at TU Graz is researching in cooperation with the Austrian Center of Industrial Biotechnology (acib) how these might be produced industrially.

When it comes to the healthy development of a baby, breast milk and its ingredients are without rival. In addition to lipids, carbohydrates and proteins as genuine nutrients, it also contains countless immunological as well as prebiotically and probiotically active substances. These include large amounts of so-called human milk oligosaccharides (HMOs). So far more than 200 different HMOs have been identified and are increasingly in the focus of science. This is because the results of clinical studies indicate that they are beneficial for human health in numerous ways. As prebiotics they support the development of the intestinal flora by feeding beneficial intestinal bacteria, stimulating their growth and increasing their activity. Another advantage for the intestinal flora is the antibacterial effect of some HMOs. Their “docking points” are the same as those of the mucosal cells in the gastrointestinal tract where infectious bacteria attach in the first step towards infection. Bacteria entering the body are unable to distinguish between the docking points of HMOs and those of mucosal cells. Offering their docking points as a lure, HMOs proceed to capture the bacteria and ultimately excrete them. HMOs also enter the bloodstream and circulate in the body. It is assumed that this allows them to provide protection against infections in other parts of the body and the lung. Finally, certain HMOs are important building blocks for the neuronal development of the baby. 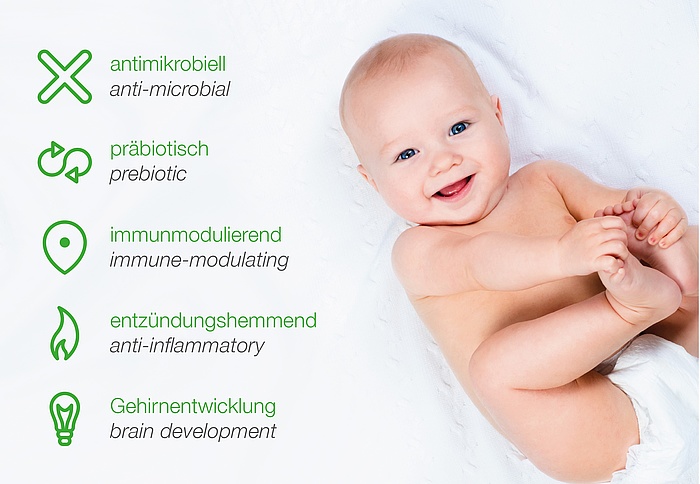 In terms of concentration and sheer variety of HMOs, the milk of cows and other mammals cannot replace human breast milk. Although industrially manufactured baby food nowadays often contains plant-based oligosaccharides with a certain prebiotic effect, their structure and complexity differs considerably from that of the oligosaccharides in human breast milk. So how can we make sure that bottle-fed babies also benefit from the positive effect of HMOs? The reconstruction of HMOs by means of large-scale chemical synthesis was found to be both difficult and costly. Isolating HMOs from breast milk is not an option because of the limited availability of the resource for industrial volume production.

Their aim is to find out how to produce a sufficient amount of the enzymes that catalyse the linking reaction between the individual oligosaccharide components (glycosyltransferases) with the aid of microorganisms, and how to effectively use them.“The good news is that all human milk oligosacharides are based on just five basic sugar building blocks that can be linked by enzymes to form complex structures,“ says Barbara Petschacher from Bernd Nidetzky’s team who is investigating this particular subject. 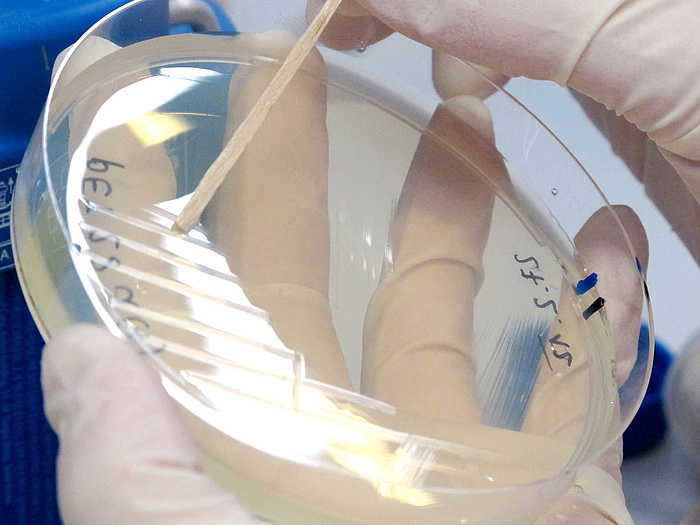 Researchers at the Insitute of Biotechnology and Biochemical Engineering at TU Graz in cooperation with acib are searching for possibilities to synthesise HMOs in the laboratory by biotechnological means.

Last year the researchers at TU Graz and acib already reached a major milestone. They succeeded in modifying an enzyme from the group of sialyltransferases so that it is able to produce two different HMOs. Both HMOs consist of sialic acid and lactose but these are linked at different molecule positions. “This is notable in that the enzyme is normally very specific. If unmodified it will only connect the molecules in one way,“ explains Katharina Schmölzer from acib, the leading partner in this study.

The results of the research at TU Graz in cooperation with acib, supported by the Austrian Competence Centre Programme COMET, are not only significant for the production of baby food but also for the development of functional foods for older children and adults. As an example, synthetically produced HMOs could be used in therapeutic foodstuffs that support the treatment of severe diseases and reduce the infection risk with multi-resistant hospital germs. 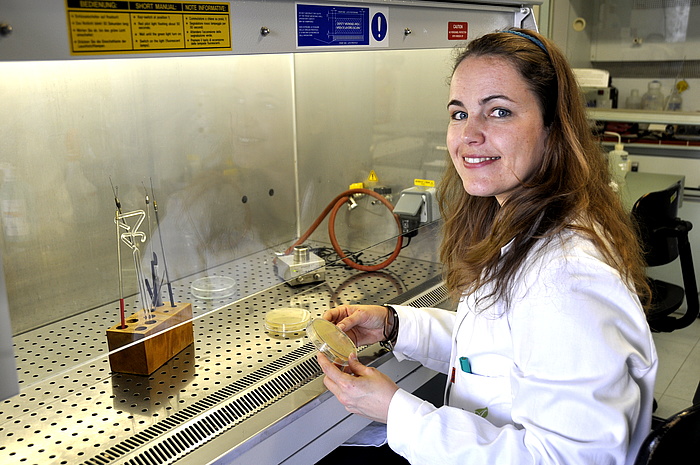 Barbara Petschacher at the Institute of Biotechnology and Biochemical Engineering at TU Graz.