The working group "Energy efficient buildings" at the Institute of Thermal Engineering has been working in this area for about 20 years. 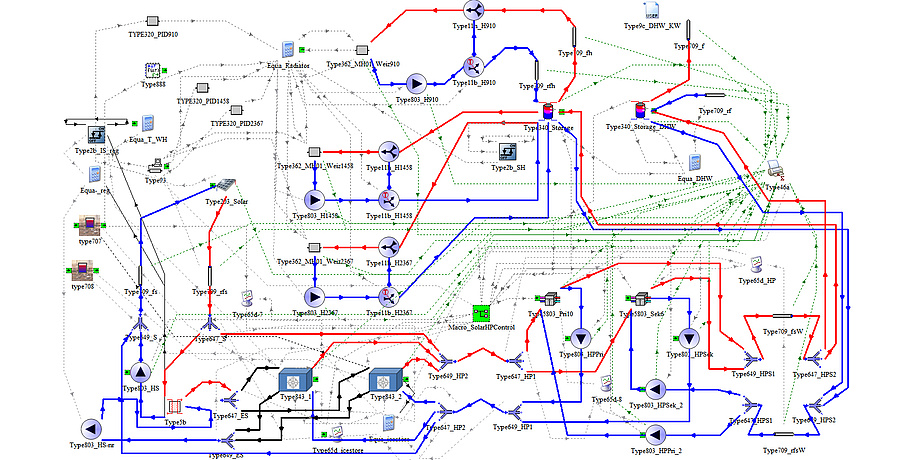 Figure 1: View of a thermal plant simulation in the user interface of a simulation environment used at the institute.

The scope ranges from the development of individual building technology components to the design and optimization of complex overall energy systems for the heating and cooling of buildings and entire residential areas.

The building sector plays a central role in achieving Austria's energy and climate policy objectives. One third of the final energy consumption is used to provide space heating, hot water and cooling in buildings. The systems used for the energy supply almost always consist of several heatgeneration systems (e.g. solar collectors, heat pump, boiler) and further components (thermal energy storages, pipes, valves etc.) when renewable energy sources are integrated. The basis for low¬energy consumption is the use of efficient heat generators. However, the results of many research projects concerning field measurements and simulations show that even highly efficient individual components are often not able to fully use their advantages in complex overall systems, if the individual subsystems are not optimally coordinated. Thermal building and system simulations can be used to model, evaluate and optimize such systems, including their control, in detail (Figure 1).

The working group was and is involved in a large number of projects in the development and optimization of technical building components such as solar collectors, thermal energy storages and heat pumps. Methodically, simulations with detailed numerical models supported by experimental work in the laboratory are used (Figure 2). 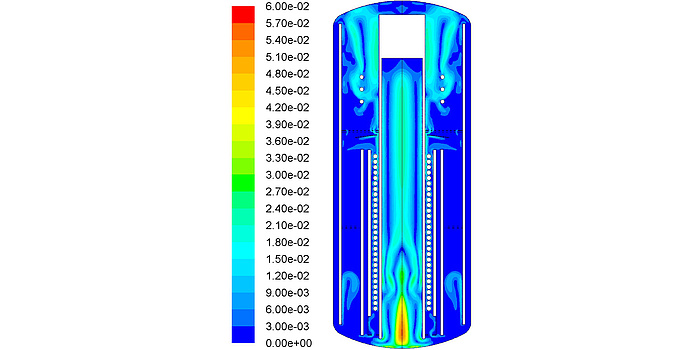 In recent years, for example, various research projects have focused on the topic of heat storage with so-called phase-change materials (PCM). These materials undergo a phase change (solid/liquid) in the applied temperature range, whereby a higher storage density can be achieved via the heat of fusion. In the completed EU project COMTES, the supercooling of a PCM was utilized to store heat almost loss-free over a longer period of time (Figure 3). This supercooling effect is known from the hand warmers available on the market (small plastic packs filled with PCM with activation via a small metal disc). 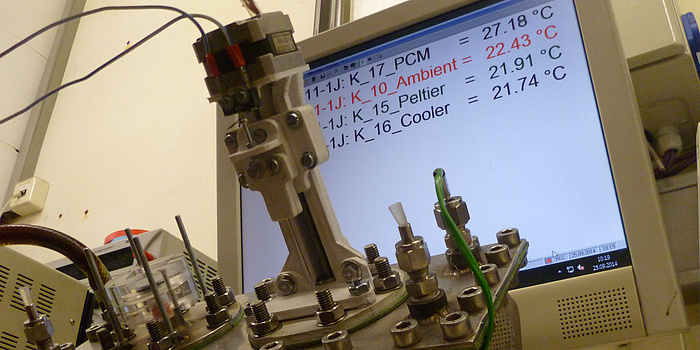 Figure 3: Experimental setup for the functional testing of different mechanisms for triggering crystallization of a supercooled PCM.

For the evaluation of systems with heat pumps, a semi-physical model has been developed in recent years, which is particularly suitable for simulations of long time periods. In comparison to empirical characteristic curve models, which are typically used for this purpose, a much more detailed consideration of the heat pump and its control in the system is possible, since different configurations of the refrigerant circuit as well as different refrigerants, speed-controlled compressors etc. can be simulated. In the HybridHeat4San and Energieschwamm projects, it is currently being investigated in cooperation with heat pump manufacturers as to how the energy consumption from the grid and the operating costs can be minimized by adjustment of the electrical power consumption of the heat pump in dependence on currently available photovoltaic yield and electricity tariffs.

For experiments at the building level, two identical test buildings were erected on Campus Inffeldgasse of Graz University of Technology. In an already completed project (MPC-BOXES) different control concepts for thermally activated building systems (TABS) were investigated. In particular, the innovative approach of a model predictive control (MPC) was the focus of the investigations in which a direct comparison with conventional control approaches was made possible via the thermally identical buildings.

In the current COOLSKIN project, an active facade element for decentralized cooling and partial heating of offices is being tested in these buildings. The solar radiation incident on the facade is converted into electrical energy by photovoltaic modules, and is used directly or with time delay to supply a small integrated heat pump that cools or heats the adjoining room as required (Figure 4). 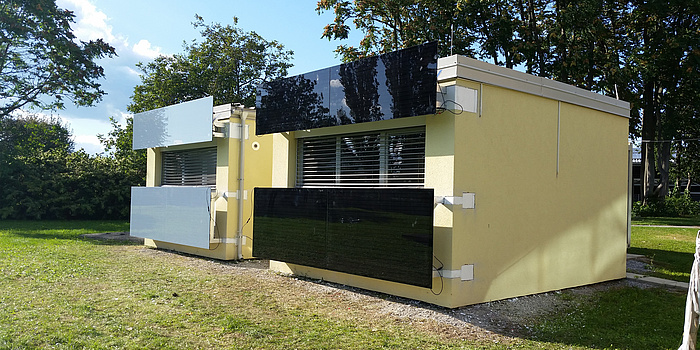 In the EnergySimCity research studio, methods are being developed through which entire city districts can be energetically investigated using simulations. Here – as in the ÖkoOptQuart project – several simulation environments are coupled using a co-simulation approach in order to model the control system, heating network and buildings as well as their HVAC systems. In this way, the strengths of different simulation tools can be used in an overall simulation to compensate for weaknesses in others.

A current task is to accelerate the integration of renewable energy sources in heating networks. Essential potentials can be pointed out by the use of thermal system simulations. In the urbanDH¬extended project, systems which can be integrated into heating networks are being investigated. In particular, model components for large thermal storages (e.g. pit storages), solar collector fields and heat pumps are of interest. One focus of research here is the sequence of application of the different technologies in order to provide the decisive advantage in the overall system.

Hermann Schranzhofer is project senior scientist in the working group "Energy-efficient buildings" at the Institute of Thermal Engineering.

Andreas Heinz is senior scientist in the working group "Energy-efficient buildings" at the Institute of Thermal Engineering.