Not At All Discrete

It’s not in the name: with their excellence initiative in discrete mathematics, TU Graz, the Uni Graz and the University of Leoben are causing people to notice – because they’re not discrete at all. 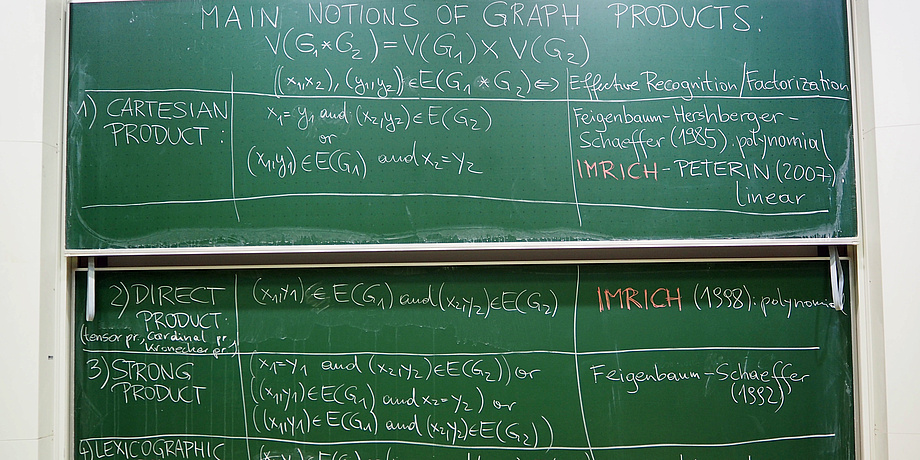 A typical blackboard in the field of discrete mathematics. © Institut für Diskrete Mathematik
“Everyone you ask will have a different idea of the boundary,” says Wolfgang Woess, on being asked what discrete mathematics is all about. Somehow it is actually discrete because it can’t be exactly demarcated – which is surprising in a field which is the epitome of exactness: mathematics. And Woess should know since he holds two professorships at the eponymous institute of TU Graz. As professor, he is also the head of the Discrete Mathematics doctoral programme, which was initiated by TU Graz together with the University of Graz and the University of Leoben.

The term for this research area is derived from the Latin “discretus” – the perfect participle of “discernere”. It means to isolate, to distinguish, to separate. It’s thus the opposite of “continuous” and ist synonym “constant”. In other words, changeable. And discrete mathematics is based on this distinction. Combinatorial analysis, graph theory, number theory and probability are some of the keywords of this discipline. Areas of application include cryptography to secure electronic systems, among other areas.

While cryptography is closely interwoven with discretion, the three Styrian universities, in contrast, don’t make a secret of their activities. Together they established a doctoral programme whose main financial backer is the Austrian Science Fund (FWF) – with active support from the three involved universities. The doctoral programme is an excellence initiative in the field of discrete mathematics and is headed by Wolfgang Woess. 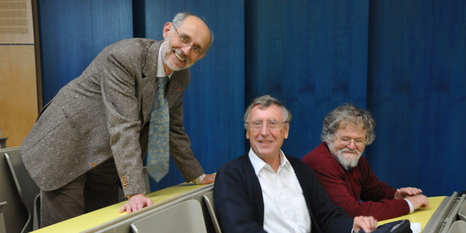 Wolfgang Woess (left) attending the doctoral programme opening in 2010.
Together with originally nine, but currently ten and in 2019 eleven other professors, Woess is forming a group of faculty members who have taken on the task of broadening research in this field and promoting budding mathematicians. And with evident success – not least due to the international network on which the group places so much value. The doctoral students are integrated into the far-reaching network of the group and its members, which spans Germany, Switzerland, rance, Italy, Hungary, Slovenia, Czech Republic, Poland, Great Britain, Iceland, USA, Australia and Canada. This scholarly and social exchange “is a very important aspect”, explains Woess, “since it has to be sustainable”. This is an aspiration which the Austrian Science Fund also shares. Woess has been promoting the initiative for two four-year periods. Currently he and his colleagues are working on a time-consuming application for the third period.

If you take a quick look at the careers of the programme’s graduates – more than a third of whom are women – nothing should stand in the way of the programme being extended. The doctoral students of the first generation can be found in well-known positions all over the world: in famous universities in the USA, Canada and Paris – Johns Hopkins University, Warwick, Birmingham and in many other eminent tertiary educational institutes. 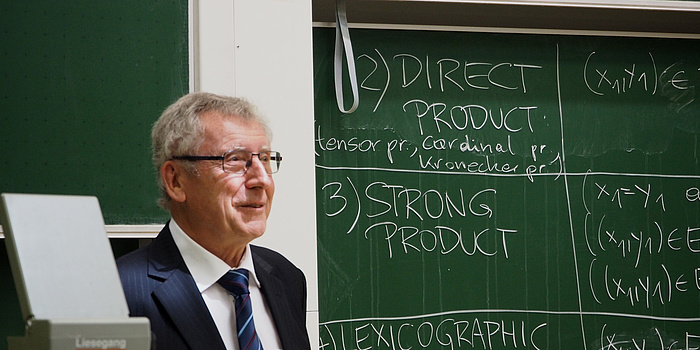 Celebration on the 75th birthday of Wilfried Imrich (University of Leoben) who as emeritus and "Senior associated scientist" has a positive influence at the doctoral school.
This internationalisation is one of the strengths of the programme, and for this reason only a short while ago some of the current doctoral students met up in Strobl with their colleagues from Zurich and Berlin to exchange experiences. For Woess, such meetings are among the most important keys to success. Sharing knowledge and experiences advances scholarship, and it works even better when everyone knows each other personally. 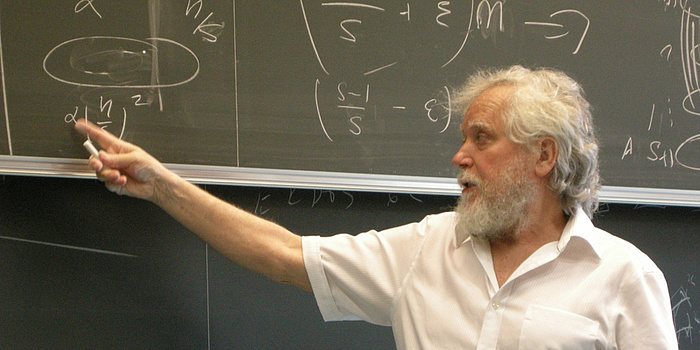 Another factor of success is the intensive supervision of the budding mathematicians by the pool of professors in the faculty. “We support them, but we make demands on them, too. We place great value on the creativity of the doctoral students, especially when it’s a matter of developing new research approaches and introducing new ideas about how to achieve new results,” stresses Woess. “We expect a certain amount of cleverness!” Which in the best cases leads even experienced professors to stand back in admiration of a student. “That’s obviously the best thing, what we want – and sometimes it’s fulfilled,” he says, paying respect to a number of younger mathematicians. Incidentally, almost half of the mathematicians come from Austria. The other half first and foremost come from the rest of Europe, but some come from China, South Korea, New Zealand and the USA as well as Africa. They have gone through a hard selection procedure by the time they have been accepted into the doctoral degree programme. The first rounds consisted of some 150 applicants who have a master’s degree in mathematics or a degree where they majored in mathematics. After the preliminary selection was carried out on the basis of the application documents, some 50 were invited to a hearing, of whom 20 entered the programme. 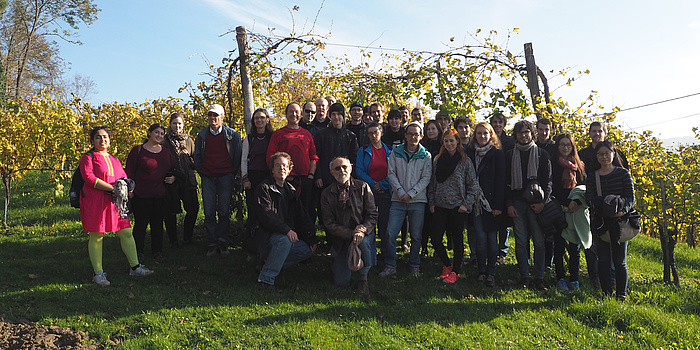 Social acitivties: the doctoral programme on a trip to southern styria.

This research project is attributed to the Field of Expertise „Information, Communication & Computing“, one of TU Graz' five strategic areas of research.
Visit Planet research for more research related news.