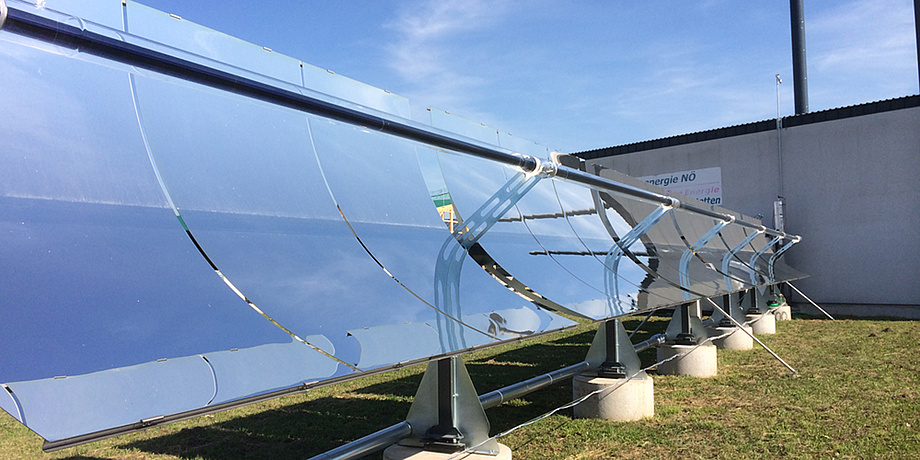 In the NEWSUN project, the researchers are pursuing the goal of operating a water desalination system with 100 percent solar energy. © IMK Solarmirrortec
In many parts of the world, there is a shortage of clean drinking water. Climate change is aggravating the situation through more intensive periods of drought and increasingly occurring extreme weather conditions. A large number of people are dependent on drinking water production from water desalination plants. The high energy consumption of these plants is currently mostly covered by fossil fuels. In the NEWSUN project (Nexus of Electricity and Water Supply for Urban Needs), project leader Armin Buchroithner from the Institute of Electrical Measurement and Measurement Signal Processing (EMT) together with his team is developing a solar-energy driven water desalination plant. Also involved in the project, which is funded by the Austrian Research Promotion Agency (FFG) until 2021, are project partners IMK Solarmirrortec and two institutes of TU Graz – the Institute of Thermal Engineering and the Institute of Machine Components and Methods of Development. 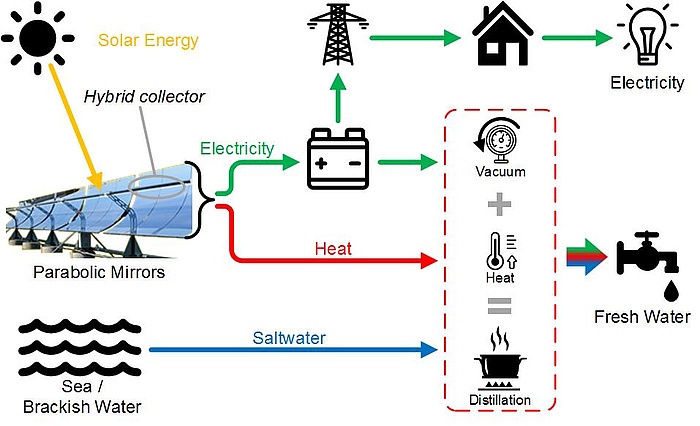 Armin Buchroithner sees one of the challenges facing the NEWSUN project to be cooling the electricity-producing concentrator photovoltaic cells. ‘Systems in which the production of heat and electricity from solar energy are combined – so-called hybrid absorbers – are subject to a conflict of goals since heat is usually needed at high temperatures and this damages the PV modules. In the NEWSUN hybrid absorber, an optimal compromise between thermal and electrical yield must be obtained,’ the scientist explains, summarising the dilemma. ‘We place special attention on dimensioning the cooling and fixing an operating temperature which is optimal for the process to ensure a high service life of the parts.’ To this end in the framework of the project the researchers are creating a computer simulation of the complete system and setting up a scaled prototype in a laboratory environment. The system components can be optimised using numerical models which are validated by means of back-flowing measuring data. In addition to the great potential that the NEWSUN technology promises for global drinking water production, it is also a possible application for obtaining extremely pure water that could be used in the production of medicines, in analytic chemistry and microelectronics.