A robotic aid could soon support the treatment of movement disorders in infants earlier than so far possible, thus boosting therapeutic success. 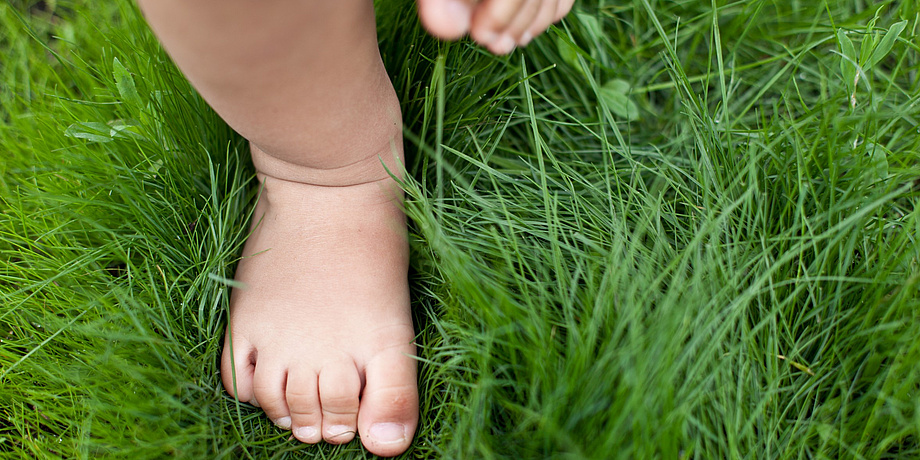 Putting one foot in front of another. Whereas most small children between 12 and 16 months of age can “get going” without any external help, many children with neurological deficits only learn to walk considerably later or not at all. In Austria one in 500 infants are affected. As with most illnesses, the earlier therapy can be commenced, the more successful treatment is. For children with neurological movement disorders this means that not only are their motor abilities sustainably improved, but their quality of life is also raised and future treatment measures and the number of operations can be reduced.

In the armamentarium of treatment measures which comprises physiotherapy, occupational therapy, speech therapy and neuropsychology, assistive robots could soon become an important accompanying instrument even for young patients. In cooperation with the Judendorf-Straßengel Clinic and the Medical University of Graz, researchers at TU Graz’s Institute of Health Care Engineering with European Notified Body of Medical Devices have developed a so-called locomotion device which can be used therapeutically with mobility-restricted children aged from one to four with a minimum body height of 65 centimetres. 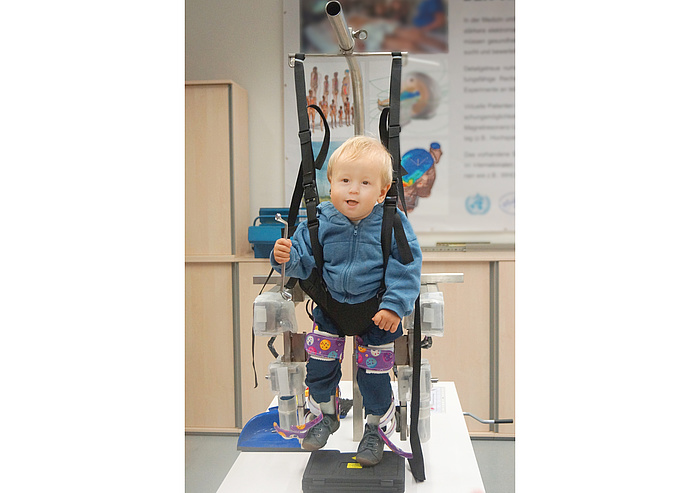 The locomotion device as a support in the therapy of movement disorders in infants. Photo-montage

“Together with the young patient, the assistive robotic device performs steps in a consistent way and simulates movement stimuli. At the same time, the young patients can actively participate in the movement cycles,” explains Jörg Schröttner, head of the project at the Institute of Health Care Engineering at TU Graz. Because the therapists do not have to lead the children themselves and therefore do not become tired, the therapy times can be longer than previously. This can lead to faster treatment success.

Neurologist and neuropaediatrician Peter Grieshofer is the initiator of the research project at TU Graz. He heads the Judendorf-Straßengel Clinic in Styria, where 250 children and adolescents with primarily neurological, neuro-orthopaedic and orthopaedic illnesses are treated every year. The “Lokomat” co-developed by him for children taller than 100 centimetres has proved therapeutically successful. To enable an automated locomotion therapy to be carried out also on smaller patients and thus to boost therapeutic success, he approached the Institute of Health Care Engineering at TU Graz. With the support of experts at the Medical University of Graz, where special gait investigations were carried out, TU Graz researchers developed hardware and software for the assistive robotic device, including planning and implementation of a child-friendly safety concept and risk analysis. “The challenge was to adapt this device exactly to the needs of this age group – in other words, it was necessary to develop a propulsion concept as small and as light as possible which translated the force from the moved stabilisation mechanism to the legs of the child as gently as possible,” says Jörg Schröttner. The movements can be controlled by means of the associated software using a simple graphical interface. It additionally offered an integrated system to represent and manage all the collected patient data. 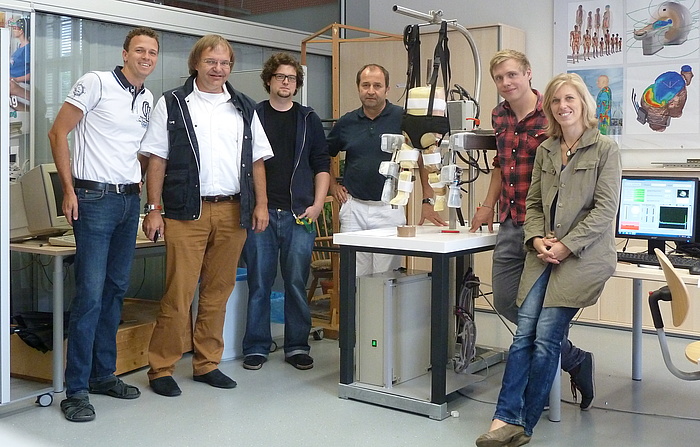 Test runs were successfully carried out with a 16-month-old child in the presence of its mother under the expert supervision of physiotherapist Sigrid Ranner, who is involved in the development. “The test run demonstrated that the prototype not only fulfilled our technical expectations, but also the child felt comfortable with it and was happy to take part in the therapy session,” says a happy Jörg Schröttner. In the next step towards a series-ready medical product, Jörg Schröttner and his team from the Institute of Health Care Engineering at TU Graz are planning a clinical study on 10 to 15 children which they want to carry out at the Judendorf-Straßengel Clinic headed by Peter Grieshofer. “The chances are good that young patients in the future can learn to walk better and have fewer handicaps than without this technology,” explains Peter Grieshofer. Soon an additional promising therapy can be offered to children diagnosed with infantile cerebral palsy. The therapy is also viable in cases of infant stroke, myelomeningocele and after traumatic brain injuries.