TU Graz scientist Viktor Hacker and his team were awarded the State Prize for Mobility 2017 for the H2 Mobility project, which has combined research on hydrogen production for many years. 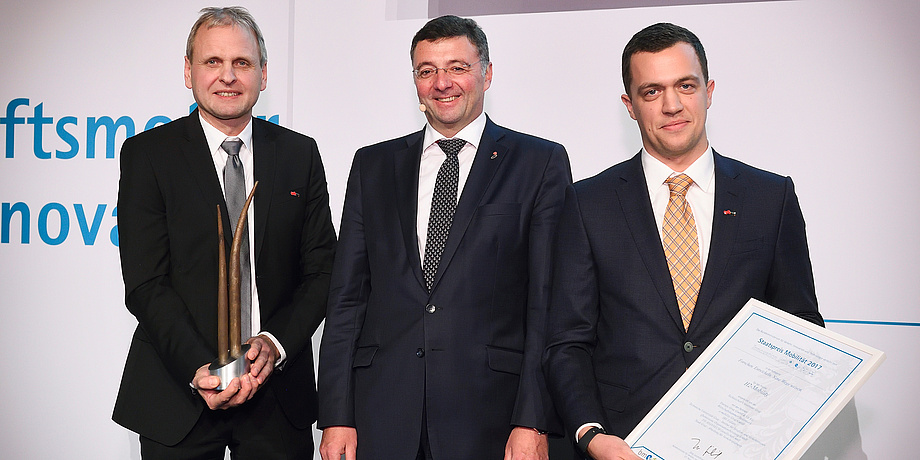 Award presentation in Vienna: TU Graz researcher Viktor Hacker (left) and Sebastian Bock (right) with transport minister Jörg Leichtfried.
In 15 years of intense research, the Fuel Cells and Hydrogen Systems working group led by Victor Hacker and the Institute of Chemical Engineering and Environmental Technology developed a concept for the decentralised and climate-neutral production of high-purity hydrogen. Using locally available, renewable raw materials, such as biogas and gasified biomass, it is now possible to produce high-purity hydrogen efficiently and anywhere in small units, such as typical ship containers. It can then be used in mobility applications, for example, as an alternative fuel.  The work of many years culminated in the H2 Mobility project, in the course of which it was proved that the earlier theoretical concept can be implemented and carried out. Building efficient hydrogen filling stations in different places has now moved a big step nearer. The process is currently being developed into a commercial product together with partners from industry.

The project is also presented in a short video in YouTube.