Oliver Hofmann, solid-state physicist at TU Graz, is working on the simulation and prediction of material properties. All this to optimise solar cells. He gets help from a supercomputer in the USA. 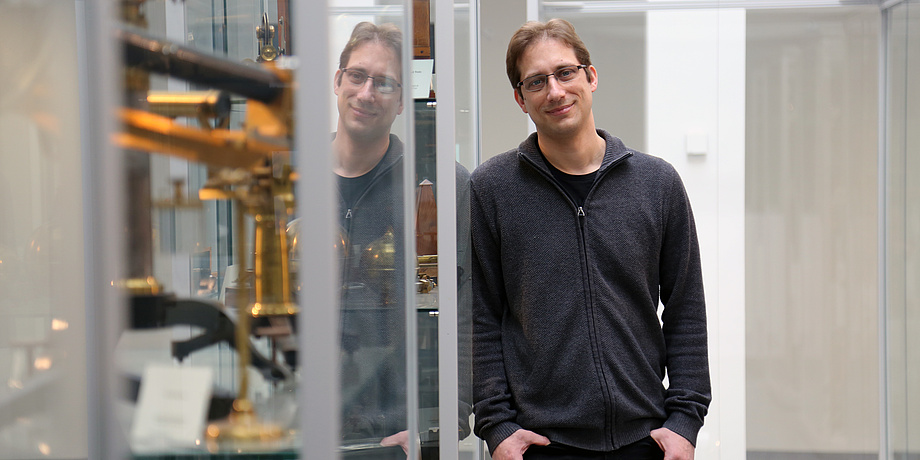 A billion is a lot. We all know that. But can we imagine it? “If you start counting today – one number per second, eight hours per day, 40 hours per week, you’ll need 145 years before you’ve counted to a billion,” explains Oliver Hofmann from the Institute of Solid State Physics. The theoretical physicist is occupied with the design of materials and is investigating how the arrangement of molecules on the surface of a material influences its properties. His objective is to optimise material properties and, in the long run, to contribute to building more efficient solar cells. “In my work I very quickly approach the billion mark regarding possibilities of how molecules can be arranged. And each possibility confers different properties on the material,” he explains. “All this is calculated using complicated methods of quantum mechanics for which a computer doesn’t just need seconds but rather several days.” For this reason the researcher works with supercomputers, and these are located either at the Vienna Scientific Cluster in Vienna or in the federal state of Illinois in the USA.

Funding from the US Department of Energy

Computing time on supercomputers is expensive. One hour costs roughly one cent. The air-conditioning, in particular, is cost intensive because the computer cluster filling the room produces huge amounts of heat and has to be cooled down to provide flawless operation. “Basically, we get the very expensive air-conditioning paid for,” laughs Oliver Hofmann. Together with colleagues from Carnegie Mellon University, Duke University, Argonne National Laboratory (all in USA), the University of Potsdam and TU München (both in Germany) and Aalto University (Finland), he’s been working for several years on improving materials for solar cells in the “Materials and Interfaces for Organic and Hybrid Photovoltaics” project. 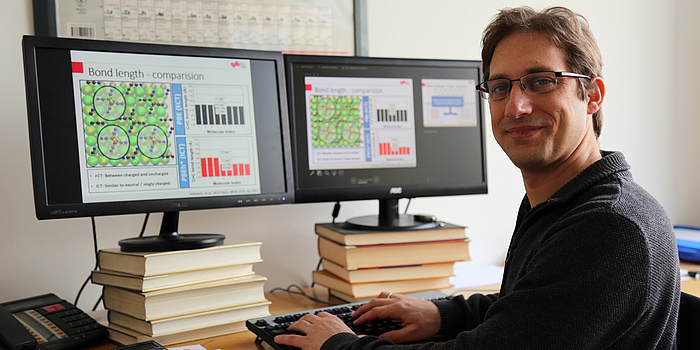 Oliver Hofmann in his office at the Institute of Solid State Physis at TU Graz.

For the third time running the consortium has received a grant from the US Department of Energy for its computer-intensive research. The Department of Energy wants to advance sustainable and innovative research into green energy in the framework of its “Innovative and Novel Computational Impact on Theory and Experiment (INCITE)” programme. Altogether in 2018, 5.78 billion hours of computing time were made available worldwide on two of the fastest supercomputers of the USA at 55 research establishments. One of these supercomputers is at the Argonne National Laboratory, the other is at the Oak Ridge National Laboratory. Both laboratories specialise in physics calculations and new energy. A total of 160 million hours of computing time will be made available to the project consortium and Oliver Hofmann on the IBM Blue Gene/Q at Argonne National Laboratory in 2018. The research work and interpretation of results is carried out at the different locations of the research partners – the actual computing time takes place using countless input files either at the centre in Vienna or in the USA.

Oliver Hofmann’s aim in the project is to optimise loading transfer at the surface of solar cells. Basically, a solar cell works just like the human body when it takes a medicine. When a tablet is swallowed, a substance is released in the stomach which can then be further processed. In the case of a solar cell, light strikes the material on the surface and free charge carriers are created which have to be dissolved out of the material in order to be able to continue working with it. How fast and efficient this is depends on the interface between the absorbing material and the receiving electrode. And the properties of the material depend in turn on the arrangement of the molecules on the surface.

This is where Oliver Hofmann comes in. He works on a software package which simulates countless possibilities and can find the optimal structure. Experimenters thus have a reliable tool which can calculate the optimum molecular arrangement in an initial step, can say precisely what environmental conditions (temperature, pressure, etc.) are necessary in a second step, and can even simulate the precise path of the desired structure in a third step. After all, not just one step but rather a much longer sequence is necessary to get the desired structure. The physicist’s aim is not to get the software to spit out the theoretically best structure, but rather to find the most efficient structure which is practical and viable. “For example, it would be possible that the optimum structure is stable at a temperature of 5,000°C. Of course, this cannot be implemented in reality, and we have to specify several parameters for the programme,” he explains. 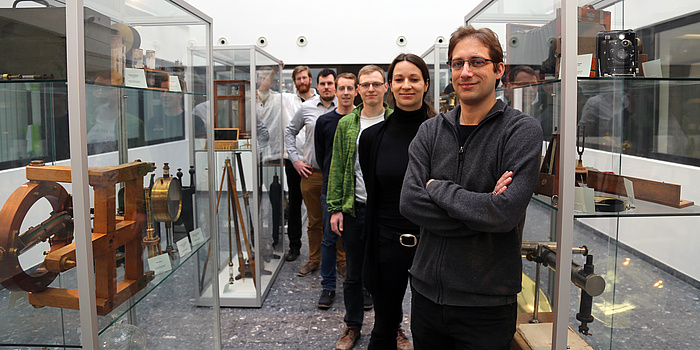 That the research group is on the right track with their work is shown among other things by the fact that the funding from the USA has been allocated to the project now for the third time. The Austrian Science Fund (FWF) is also funding the research project. Furthermore, a START application will be submitted in the summer to be able to continue intensive work. Oliver Hofmann: “I’m not saying we’ll get it instantly. But we’re well on track and I think that we’ll soon find a solution to our problem.

This research project is attributed to the Field of Expertise „Advanced Materials Science“, one of TU Graz' five strategic areas of research.
Visit Planet research for more research related news.