Electric energy systems of the future

The reduction of Europe’s dependency on importing energy and the achievement of the two-degree target of the recent world climate conference in Paris need drastic measures. 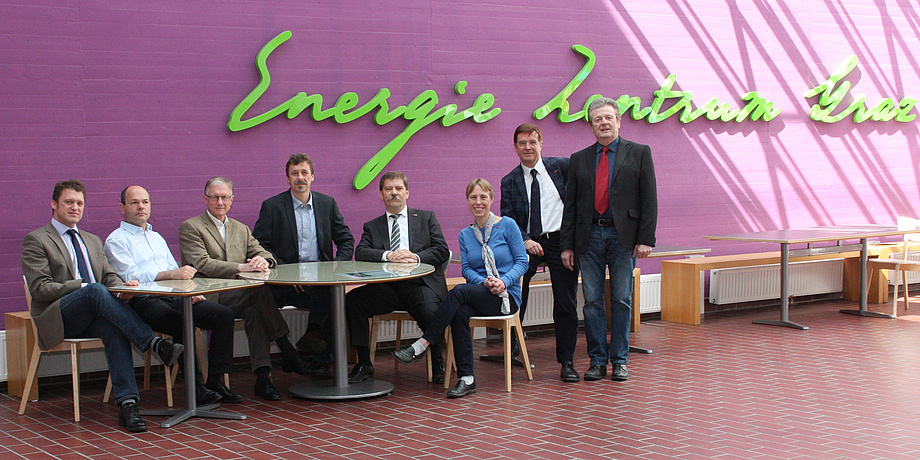 Due to the increased use of renewable energies the share of volatile supply-dependent electricity production will be higher than the share of production from conventional power plants. The necessary answers lead to the development of large-scale storage systems on the one hand, and to a higher degree of flexibilisation of the demand side on the other. Moreover, the wide-ranging dislocation of production and demand will require important transport tasks. The overall system of production and the flexibility of consumption will make enormous demands on a "smarter" power system in the future. The organization of the market has to adapt to the new circumstances: on the one hand, to the cost of compensation for renewable energy, but having only fixed costs and no variable costs, on the other hand to the cost of compensation for the necessary backup power plants. Regulation concerning energy efficiency, emissions trading and promotion systems must be carried out consistently. Preliminary analysis of the effects of market interventions are essential prerequisites for a successful development, and an appropriate instrument called project ATLANTIS has been developed at the Institute of Electricity Economics and Energy Innovation. 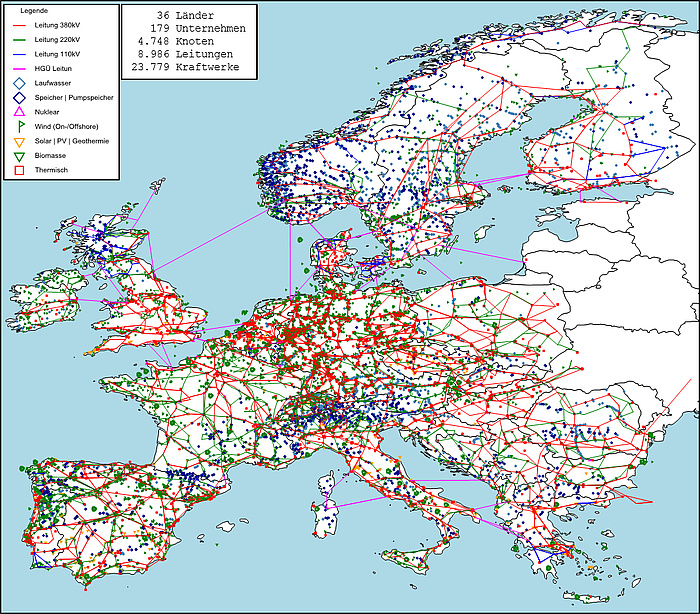 ATLANTIS – a simulation model of the European electricity economy.

Remedies for the increasing number of bottlenecks in the current high-voltage transmission system is provided by network optimization and network expansion as well as the construction of HVDC transmission lines. In Europe, the development of a HVDC transmission grid is being considered as, a possibility for connecting electric power hybrid networks of different frequencies and nominal voltages as well as the installation of a future global supergrid. The supergrid of the future requires an optimization of electrical equipment and the development of new technologies, such as modular multilevel converter and gas-insulated HVDC transmission lines. Current research topics at the Institute of High Voltage Engineering and System Performance include optimizing electrical insulation systems and the development of diagnostic methods for monitoring the condition of HVDC equipment. 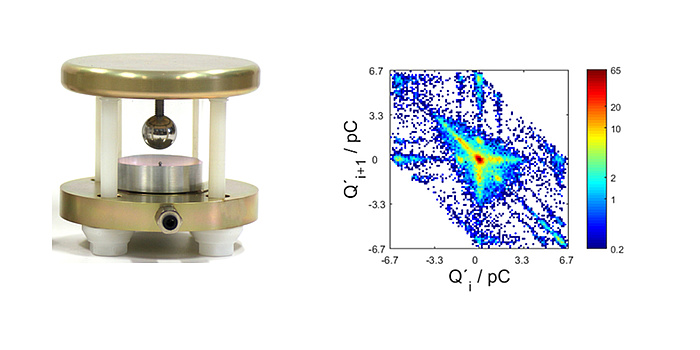 Besides the classical synchronous generator, future generation systems will be based on inverter technology, especially in the case of photovoltaic and full-converter wind turbines. The characteristics of both differ significantly from the synchronous generator. The latter contribute by their inherent electromechanical properties to the oltage support (due to rather low sub-transient impedance) and to frequency stability (by the rotating mass). To ensure grid stability in the future, the behaviour of inverter based generation must be adapted accordingly. This is covered by the research topic “virtual inertia”, utilizing energy storage systems for fast active power exchange ccording to frequency gradients. For monitoring the dynamic grid characteristics, a wide area monitoring system has been implemented in recent years, allowing the evelopment of innovative control and protection functionalities. In the lower voltage levels new protection schemes will be necessary due to fluctuating short-circuit capacity nd new smart-grid-concepts, leading to challenges in grid planning and operation and creating research incentives. 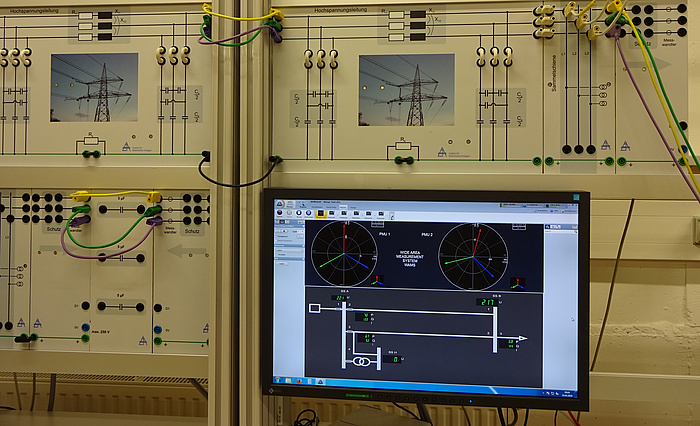 Test set-up for a wide area measurement system in an analog grid model.

The consumer side is characterized by strong changes within the electrical industry. Modern, powerelectronics based systems play a major role in this. For many applications, such drives not only offer increased efficiencies and power densities at reduced cost compared to their conventional ancestors, but also significant advantages with respect to design flexibility. Thus, the energy consumption can be significantly reduced. Examples of such developments are auxiliary drives as they are used in today’s vehicles. Such drives are typically subject to some fairly restrictive operating conditions. Figure 4 shows a rotor of an integrated fan that was developed jointly by Mechatronic  Systems GmbH and the Institute of Electricity Economics and Energy Innovation (outer rotor machine). Actuators for high temperature applications are another example for the use of such modern drives. Permanent magnetfree machines provide a suitable alternative at such high-temperature operation, without the risk of demagnetisation. Figure 5 shows the rotors of two different prototype machines designed for such an application. 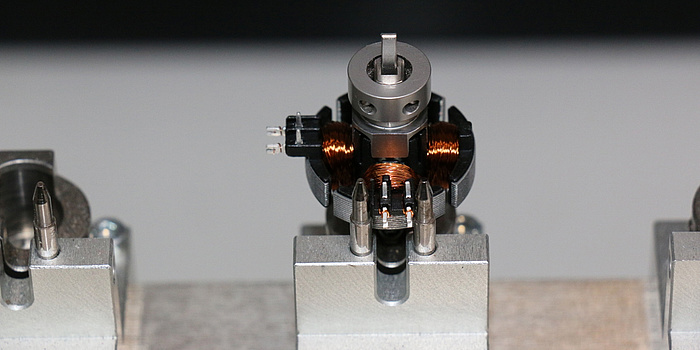 Manufacture of a rotor of an integrated fan. (Outer rotor machine). 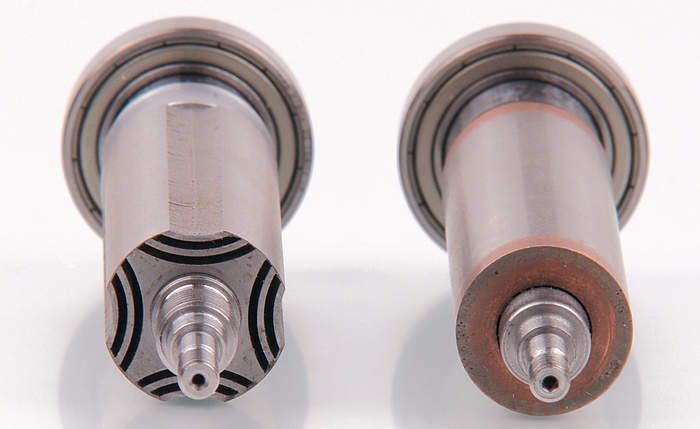