The Fascination of the Abstract

Jürgen Hartler hardly has time for swimming, his favourite pastime, because he’s busy conducting research into mass spectrometry of lipids at UC San Diego – where the sea is on his doorstop. 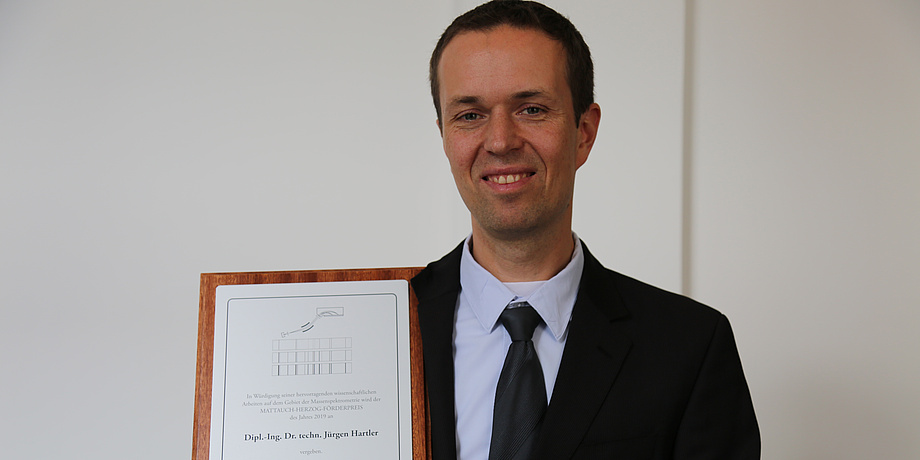 “I haven’t had much time to go to the beach,” explains the bioinformatics expert, who began his year-long stay at UC San Diego’s Department of Pharmacology in October 2018. Hartler, who was born in southern Burgenland in Austria, chose the university “because the pharmacology department at University of California San Diego is one of the leading lights in lipid research.” He is currently a visiting scholar at the Ed Dennis Lab, where LIPID MAPS originated. “This is where lipids were categorised. The lab has excellent connections to the pharmaceuticals industry and medicine, and it takes part in extensive studies.”

This is a useful network for a researcher like Hartler, who has made a valuable contribution to the identification of lipids. Earlier this year, the TU Graz scientist won the German Mass Spectrometry Society’s prestigious Mattauch-Herzog Award for Mass Spectrometry 2019 for developing a computer-assisted method of identifying lipids using mass spectrometry (MS).

There are more than 100,000 different species of lipids, which can be roughly categorised into eight categories, and subsequently into many more specific classes. The most well-known lipids are fatty acids, triglycerides, waxes as well as isoprenoids, which include steroids. Some lipids are membrane-forming and a lot of species have specific functions in membranes. Lipids are of great interest to scientists working in medicine, pharmaceuticals and the food industry. For example, researchers want to discover more about the role they play in cardiovascular disease and Alzheimer’s. Food technology is another area that relies on lipid science, for activities such as analysis of cooking oils.

From data noise to reliable results

The fact that there are so many different types of lipids, and that they had largely evaded automated identification, appealed to Hartler’s scientific instincts. “Lots of people have avoided working on lipids because analysing the data is extremely complex and takes a lot of time,” he explains. “When I first started in this area, MS lipid data was still being mostly analysed manually because existing solutions weren’t sufficiently reliable.”

When I first started in this area, MS lipid data was still being mostly analysed manually because existing solutions weren’t sufficiently reliable.

The MS1 and MS2 data analysis method developed by Hartler’s team offers unrivalled reliability for lipid identification and is also simple to use for different lipid classes. The lipid data analyser (LDA) software, which their research gave rise to, is very practical. It can be used with many of the different mass spectrometry systems on the market without the need for time-consuming adjustments. “We developed a flexible approach that allows for adaptions without further code implementations”, says Hartler. “And our goal was to come up with a straightforward solution for mass spectrometrists, so that they can adapt the annotation of lipid spectra as easily as possible.”

Jürgen Hartler took the long road to lipid identification. He studied electrical engineering at TU Graz, specialising in biomedical engineering. His dissertation, which he completed at the Institute of Genomics and Bioinformatics, involved MS analysis of proteins. Abstraction is a thread that has run through all of Hartler’s research. This is probably also combined with a love of complexity, because he has chosen to investigate sphingolipids next, which occur in the cell membrane of nerve cells, for instance. “The level of complexity is even greater here,” says the scientist. Hobbies such as swimming will have to play a minor role for the time being.

This article is part of our biannual research magazine TU Graz research. Subscribtions to the digital or printed version are possible at www.tugraz.at/go/research-journal-en.