Crossbreeding as an evolution booster

University of Graz, Graz University of Technology together with an international research team discover new mechanisms of speciation 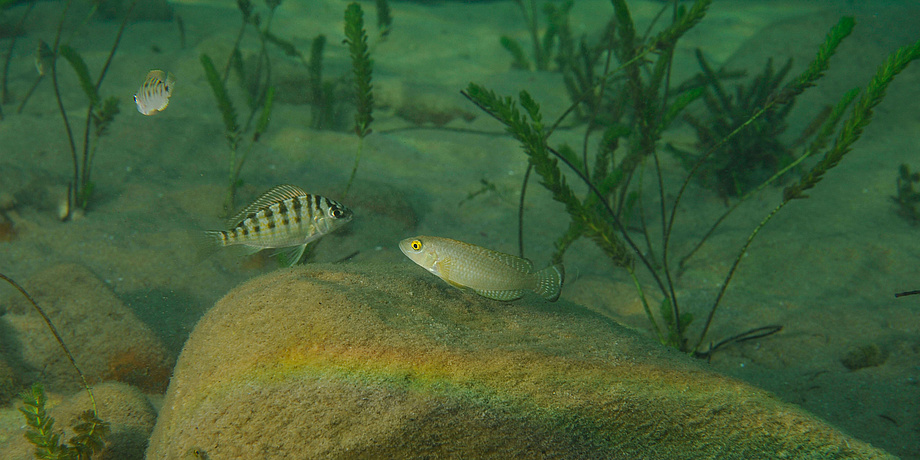 Cichlids are good examples of how nature is changing. Using a new genomic method, scientists decoded more than 500 selected genes from these animals and were able to explain the rapid development of new species. © Maximilian Wagner

Animals that migrated or have been introduced in Central Europe - such as the Asian bush mosquito or the Asian ladybeetle - feel extremely comfortable in their new homes due to changing climatic conditions. It is possible that some newcomers will crossbreed with native species, provided that they are genetically compatible with a local species, as has happened for example between modern humans and the Neanderthals. After such an event, hybrids will continue to evolve under local environmental conditions. The new genes contributed by the foreign species provide new genetic combinations that can be beneficial and thus favoured by natural selection. Ultimately, this can lead to divergent populations and even new species that possess novel characteristics, in accordance with hybrid swarm theory. To identify the fundamental mechanisms behind this process, an international team of evolutionary biologists working with Professor Christian Sturmbauer at the University of Graz and Professor Axel Meyer at the University of Konstanz studied cichlids from Lake Tanganyika in East Africa. The project was made possible through the intensive and international collaboration between four universities - the research group of Alan and Emily Lemmon at Florida State University (USA), Axel Meyer at the University of Konstanz (Germany) and Christian Sturmbauer at the University of Graz (Austria) in cooperation with Gerhard Thallinger from the Graz University of Technology. Iker Irisarri from the University of Konstanz as well as Pooja Singh and Stephan Koblmüller from the University of Graz made important contributions to this research project. Their research results were published in the renowned scientific journal Nature Communications.

Their research results were published in the renowned scientific journal Nature Communications.

"The processes underlying speciation are particularly easy to study when using a system such as cichlids, with several hundred endemic species having evolved within the Lake Tanganyika ecosystem", explains Christian Sturmbauer from the Institute of Biology at the University of Graz. To decipher this rapid and therefore difficult-to-explain species emergence, the collaborating researchers were able to sequence more than 500 selected fish genes via cutting-edge genomic sequencing techniques. "Based on our new evolutionary trees, we can now explain why new species sometimes appear in bursts," summarises the evolutionary biologist. The conclusion: even at the beginning of the oldest cichlid radiation, environment-induced hybridization between the colonizer lineages produced innovative forms, which then expanded rapidly under stable conditions, thus "boosting" the speed of innovation and species development. The researchers established that - for Lake Tanganyika - it was a lineage from the Lower Congo River, which no longer occurs independently in today's lake, but could be detected via genetic information in the other diversifying lineages.

It is those characteristics that are exposed to selection that are responsible for the development of new species.

In cichlids, some genes - such as those influencing body colouration and specialisation of the jaw - diversified more rapidly and are associated with the colonisation of new lake environments. "It is those characteristics that are exposed to selection that are responsible for the development of new species," explains Sturmbauer. In the case of cichlids, for example, the jaw innovations are crucial and enable the fish to gain access to previously unexploited food sources. “Using our comprehensive methodology, we were able to substantiate this for the first time," said the researcher.

The team was also able to shed light on the much-discussed chronology of events relating to cichlid speciation: up until now, studies that have used molecular clock calibrations resulted in ages that were either too young or too old and were generally problematic to reconcile with the geological history of the region. Research findings resulting from the new molecular clock analysis reconciles the split of the southern Gondwana continent with the chronology of the sinking of the East African Rift valley where Lake Tanganyika cichlids evolved together with the maturing ecosystem. "These findings may help us understand, for example, ongoing changes induced by climate change in the animal kingdom," emphasises Sturmbauer. 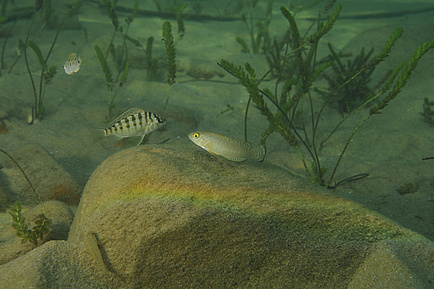 Cichlids are good examples of how nature is changing. Using a new genomic method, scientists decoded more than 500 selected genes from these animals and were able to explain the rapid development of new species. © Maximilian Wagner