Bees, seashells and sunflowers – these are just a few examples from nature which could serve as models for the design of factories of the future. But how? Research is currently being carried out on this at Graz University of Technology. 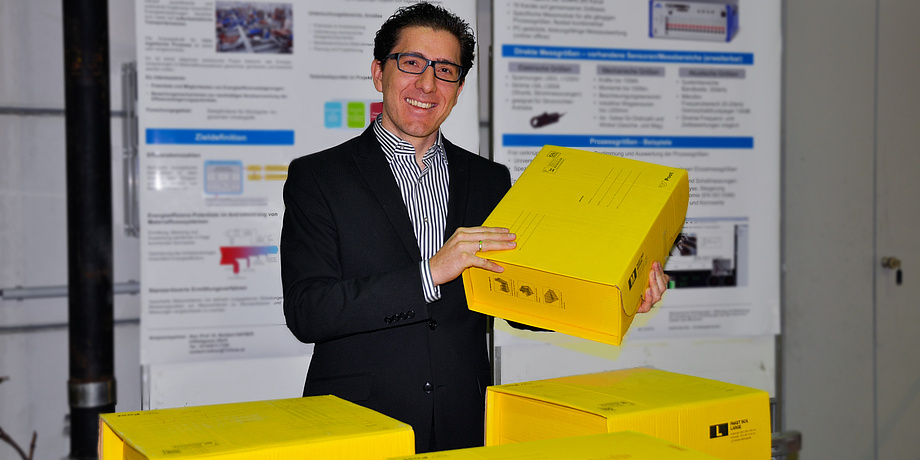 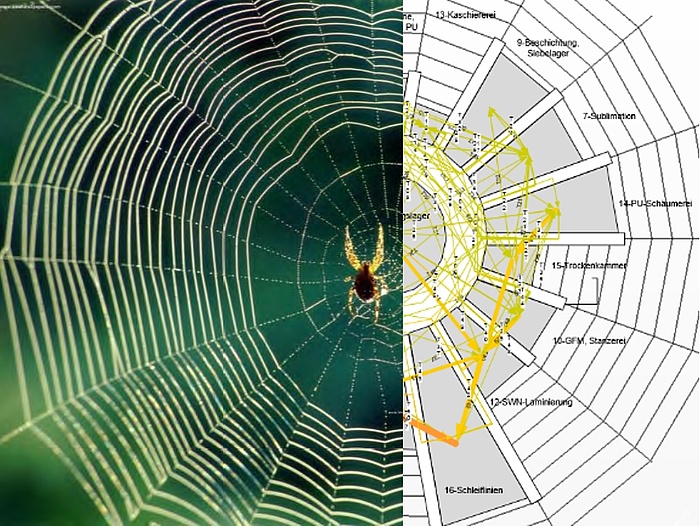 Spider web models have been made use of.

Spider web models have also been made use of by Daniel Tinello, project leader of the BioFacLay project, which was launched at the beginning of March and is funded by the Austrian Research Promotion Agency (FFG). Examples from nature should help in planning factories as efficiently as possible and designing internal transport routes as economically as possible. “If animals and plants grow like that, then why not a factory?” he asks.
If animals and plants grow like that, then why not a factory?
If you investigate growth processes in nature, then you regularly come up with numbers from the Fibonacci series. The eponymous Italian mathematician described the growth of a population of rabbits in the 13th century using his series of natural numbers. This principle is also, for example, found in the fruit of a pineapple, in the arrangement of sunflower seeds and in the spiral shape of the nautilus shell. This kind of growth makes optimum use of available space and light conditions. “And it looks good, too,” adds Tinello with a smile. “We’re taking the Fibonacci series as a design template for the layouts of our factories.” 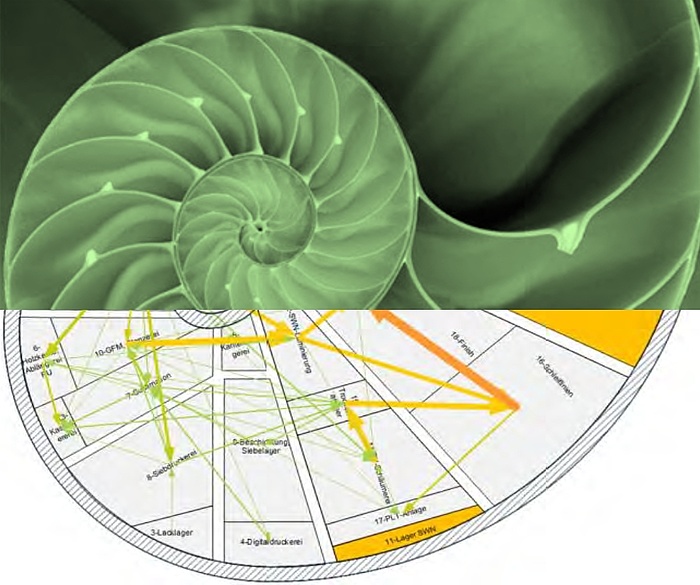 Even seashells have been made use of.
In preliminary work ahead of the project, researchers converted layouts from real, existing factories to bionic principles. The results of these experiments were compared with both the existing layouts and with classic design variations from logistics, with interesting results, as Tinello explains: “In some cases the existing layout was able to yield the best values, but in many cases the bionic systems demonstrated enormous improvement potential.” Which variant is the best, depends very much on the type of production and product.

What was not calculated into these experiments was the cost of the necessary alterations to the factory, should a bionic layout be chosen. This is meant to be rectified in the BioFacLay project. The work will be carried out in an international team consisting of researchers from TU Graz, Vienna University of Technology, the University of Tübingen and the Brandenburg University of Technology at Cottbus. “First, the biologists in our team will look for suitable models from nature, then we’ll check them in Graz using simulations with real data from our industrial partner KNAPP AG. During this time the variants will be compared with relevant parameters and the potential assessed,” explains Tinello. By the end of the project in 2018, the idea is to present a set of useful bionic system-design patterns which can be made available for further research.
Daniel TINELLO
Mag.rer.soc.oec. Ing.
Institute of Logistics Engineering
Kopernikusgasse 24/I
8010 Graz, Austria
Phone: +43 316 873 7327
daniel.tinello@tugraz.at