How can cardiovascular diseases be treated in a targeted way and postoperative complications reduced? Researchers at the Institute of Biomechanics provide answers using methods from engineering. 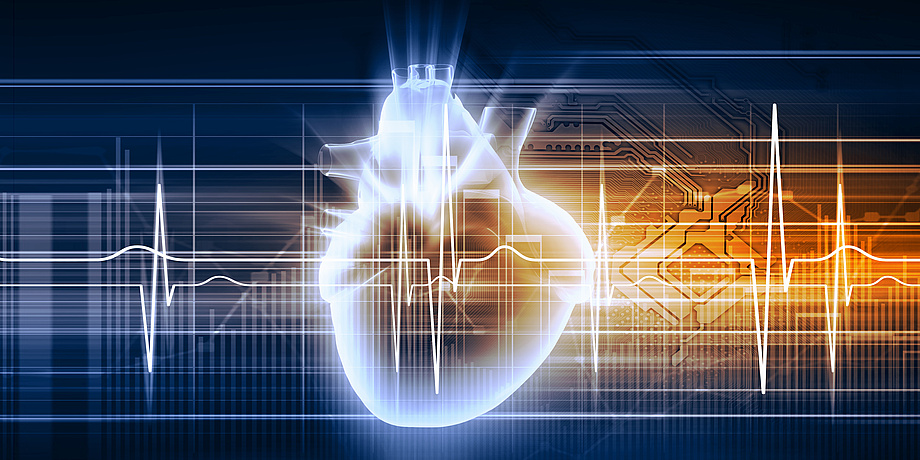 How exactly cardiovascular tissues such as the heart muscle change in the course of a lifetime, during disease and after an operation, differs from person to person. © Sergey Nivens - Fotolia.com
Everything flows. Our vessels are nothing but thin elastic pipes through which blood constantly circulates to supply organs and tissues with oxygen. And just as pipes can get clogged and exposed to friction and stresses, so do blood vessels change in the course of our lives. Elasticity is diminished, and calcium and fat are deposited on the walls of these “bio-pipes”, making them gradually narrower – what is known as atherosclerosis. Sooner or later not enough oxygen-rich blood can flow to the tissues. Also, the pumping efficiency of the heart muscle, which is nothing but an electromechanical pump, slowly decreases. The consequences can be cardiovascular diseases, such as heart attacks and strokes – the most common causes of death in Europe.

Research with heart and mind – and mathematics

How exactly cardiovascular tissues such as blood vessels or the heart muscle change in the course of a lifetime, during disease and after an operation, differs from person to person. Much is still unknown. And this is where the relatively recent science of biomechanics comes in – as an interface between medicine and technology. Researchers at TU Graz’s Institute of Biomechanics are using engineering methods of calculation to describe human “pipes” and “pumps”. To characterise the material properties of soft biological tissue and thus to detect or predict changes, for example in blood vessels and heart tissues, samples of healthy and diseased tissues are measured in test devices which have been developed at the Institute. The results serve as a basis for computer-aided modelling by which tissue changes can be graphically represented. 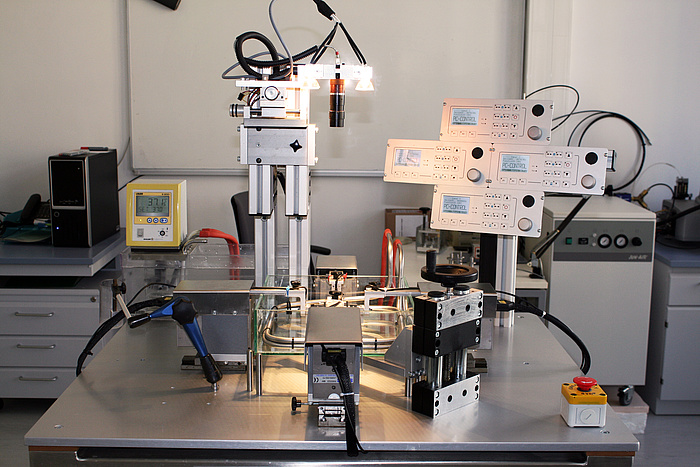 Test apparatus developed by the Institute of Biomechanics of TU Graz by which the mechanical behaviour of tissue under stress can be examined. Computer-simulation programmes can be subsequently developed which graphically represent changes in the tissue. The Institute of Biomechanics has available, among other things, apparatus for bi- and tri-axial extension and shear tests, with which tissues can be exposed to stresses in three different directions.

How exactly can the findings obtained at the Institute of Biomechanics help in practice? One example is the more effective and individual treatment for aortic dissection than was previously the case. This disease is characterised by a tear in the inner wall of the vessel. Blood flows into the next layer of the aorta and forms a bulge which changes the blood flow in the aorta. Various areas are no longer sufficiently supplied with oxygen, thus possibly leading to a stroke or acute kidney failure, among other things.

In the surgical treatment of an aortic dissection, either a part of the aorta is replaced or a stent implanted – a small, supportive mesh-like tube which keeps the vessel open. Both approaches bear considerable risks, and determining the optimum method or the best time for a surgical intervention always represents a challenge.

In the case of narrowing of the arteries or an aortic dissection a balloon catheter is often introduced into the blood vessel and a stent implanted. This results in increased blood flow to the muscles, heart and other organs.
The computer-aided modelling which is being developed at the Institute of Biomechanics in the AorDiss project will help to find the best possible treatment method for individual cases in the future. The modelling is based on experimental tests comprising tissue samples from both healthy and diseased aortas. The data obtained will be used to run patient-specific simulations which should ultimately support clinical decision making.

The focus of TU Graz’s Institute of Biomechanics lies on carrying out basic research to find more effective therapies for cardiovascular diseases. Another research area is in brain mechanics, which plays an important role in injuries such as traumatic brain injury and shaken-impact syndrome in babies. A recent paper was published in Acta Biomaterialia.
Gerhard A. HOLZAPFEL, Univ.-Prof. Dipl.-Ing. Dr.techn.
Phone: +43 316 873 35500
holzapfel@tugraz.at