Architectural design instead of air conditioners

A breath of fresh air: The Institute of Architecture Technology of TU Graz is working on architectural solutions for better room climate in subtropical and tropical regions. 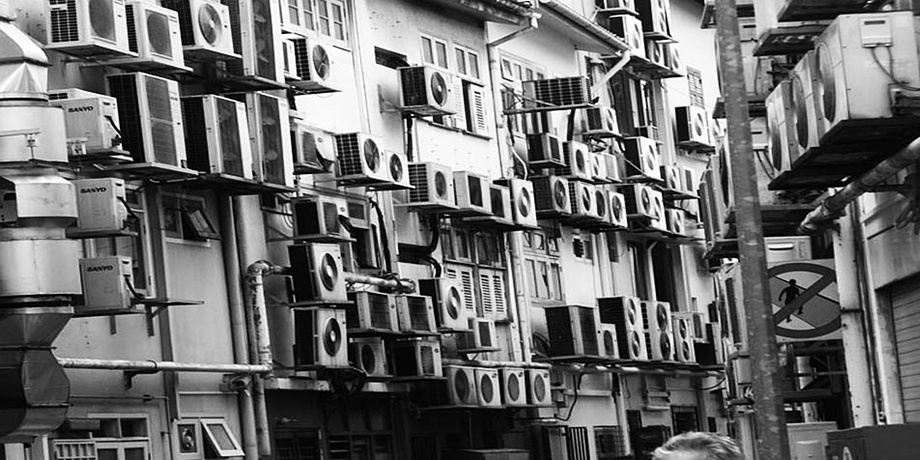 Hong Kong, the metropolis with its seven million inhabitants, is among the most densely populated regions in the world. Current forecasts predict that densification will further increase in Asian metropolises in future – which in turn will mean increases in an already soaring power consumption, mainly because of the use of air conditioning units. These often appear to be the only response to heat, humidity, noise and air pollution in this subtropical region. Ferdinand Oswald from the Institute of Architecture Technology of TU Graz explains: "It is expected that air conditioning will drive up energy consumption by an additional 6.8 gigawatt hours each year in Hong Kong alone." This enormous energy demand has not only financial consequences, it also affects the climate-related energy footprint. Power consumption of 10,000 kWh per person and year, for example, corresponds to 2.7 tons CO2 emissions.

Split-system air conditioning units on the façade of a residential high-rise in Kowloon, Hong Kong (2011).

While modern air conditioning systems launched on the market are increasingly efficient, their power consumption is still very high in relation to the output of cool air they generate. Moreover, the thermal energy is discharged to the environment unused – 40 % of electrical energy required by the most popular split-type air conditioning units is vented as hot air. And this further heats the immediate environment. "Your own home may be cooled, but the urban environment is getting even hotter. This phenomenon is known as the heat-island effect," Ferdinand Oswald explains. Split-type air conditioning units not only heat up the ambient air in their surroundings, they are also a source of noise pollution. In addition to the noise of compressors and ventilators, there is the noise of the condensation water incessantly dripping down the façade. The higher ambient heat and the noise caused by air conditioning units lead to a vicious circle making any natural ventilation by opening the windows virtually impossible.

Ferdinand Oswald and Roger Riewe from the Institute of Architecture Technology at TU Graz are investigating architectural means of converting existing residential buildings in Hong Kong in such a way that the residents will be able to do without air conditioning units. "The indoor climate in hot and humid regions can also be improved without the use of air conditioning systems, mainly by arranging walls and openings in the façade in a specific way. When air circulates it has an effect not only on temperature and humidity levels but also a significant effect on the level of comfort. The perceived temperature changes when the air in in motion and even the slightest draft has a cooling effect on our body. Our skin evaporates more sweat and our comfort level rises. Scientific investigations have shown that natural ventilation is able to increase the comfort level in residential buildings in Hong Kong by up to 85 %," Oswald explains. 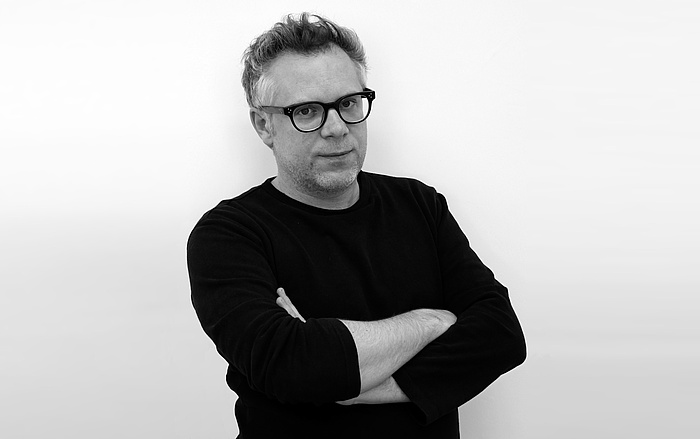 Ferdinand Oswald is university project assistant at the Institute of Architecture Technology of TU Graz.

The problem of tropical and subtropical agglomerations that prevent natural ventilation concepts from being implemented is the increasing air pollution these areas face. The research project "Facade Design Strategies - Sustainable Living in High Density Structures" was launched as a response to this problem at the Institute of Architecture Technology of TU Graz in 2011; other connected projects such as "City Openings" also aim at developing a façade design system that is able to filter polluted air while simultaneously meeting the demands of efficient natural ventilation in residential high-rise buildings. The partner in this project is the Housing Authority Hong Kong. The research project is funded by the Eurasia Pacific Uninet (EPU), the government of Styria and start-up financing of TU Graz.

This research topic is attributed to the Field of Expertise "Sustainable Systems", one of TU Graz' five strategic areas of research.

In his 2015 PhD thesis that has recently also been published in English under the title "Reduce A/C - Reducing the utilisation of air conditioning in high-rise buildings in subtropical and tropical climate regions" (2016, ISBN 978-3-85125-430-3), Ferdinand Oswald discusses traditional and modern architecture technologies that are suitable for improving room climate without the use of air conditioning. The thesis presents case studies and their analysis with regard to openings in façade, windows, building technology, floor plan structure as also at town planning level.