Spread over five years, the CAESAR competition focused on encryption processes for digital information. Now the jury has selected TU Graz’s ASCON algorithm as a means of secure encryption for the internet of things. 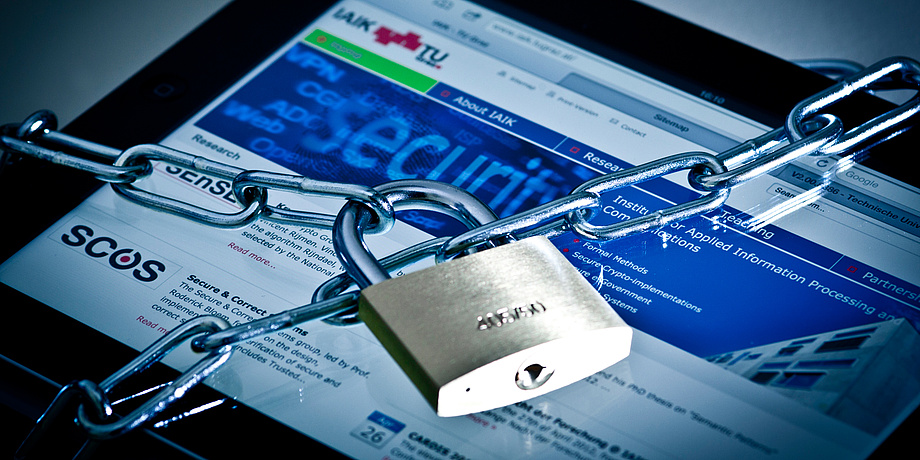 Cyber security has been the focus of research at TU for many years. This also applies to cryptography, the high mathematics behind security applications; © Lunghammer – TU Graz

Authenticated encryption of information is aimed at ensuring that messages cannot be read or changed during transmission. It is an aspect of security that will pose significant challenges in the next few years, especially in light of the rapid development of the internet of things. TU Graz’s Institute of Applied Information Processing and Communications has a research team specialising in cryptography. In 2014, the institute submitted its ASCON algorithm, which was developed in-house, for the high-profile, international Competition for Authenticated Encryption: Security, Applicability, and Robustness, also known as CAESAR. The algorithm was tested for five years and assessed in terms of its cryptanalytic and practical security. It set such high standards of security and efficiency that the high-calibre jury selected the TU Graz encryption procedure as its primary recommendation for what are known as lightweight applications. These applications are used mainly for systems that do not run on expensive, high-end desktop PCs, notebooks and smartphones, for example typical everyday “smart” devices and industrial logistics modules with slow processors, small memory and passive power supply.

The ASCON algorithm was specially designed for CPUs and chips with limited processing power. It can be implemented easily and efficiently, offers 128-bit security, and is ideally suited for use in effectively countering side-channel attacks. “This makes it particularly attractive for smart systems and industry 4.0,” explains Maria Eichlseder, who developed the procedure alongside Christoph Dobraunig (Radboud University Nijmegen), Florian Mendel (Infineon Technologies) and Martin Schläffer (Infineon Technologies).

Next goal: a new encryption standard

Since the CAESAR competition was launched in 2014, the algorithm has undergone numerous reviews, analyses and comparisons. In all, 57 algorithms were submitted, and six candidates made it into the final portfolio. The CAESAR organisers’ goal was not to select a single algorithm as the winner, but to make a first and second choice in each of three categories.

The ASCON team is looking to follow up on its success by taking part in the Lightweight Cryptography Standardization Process, a competition organised by the National Institute of Standards and Technology (NIST). The US measurement science and standards body will use the competition to promote lightweight authenticated encryption standards. “Maybe ASCON can match the success of the cryptographic hash algorithm Grøstl, which TU Graz was involved in developing and made it into the top five in the NIST’s SHA-3 competition,” says Eichlseder of her hopes for ASCON.

A team from TU Graz has also entered two submissions for the NIST’s current post-quantum cryptography project. This project is designed to single out signature, key exchange and encryption procedures that can withstand attacks from quantum computers. The two signature procedures that TU Graz played a part in developing – Picnic and SPHINCS+ were nominated as second-round candidates in February 2019.

The ASCON algorithm was developed with the support of the Austrian Science Fund (FWF), the EU’s Horizon 2020 programme and the Austrian Research Promotion Agency.

For more information about the algorithm, see the ASCON-Website.