TUGSAT-1 and UniBRITE have been in space since 2013. During this time 350 stars have been observed, new variable stars discovered, and 12 scientific papers published in international journals. 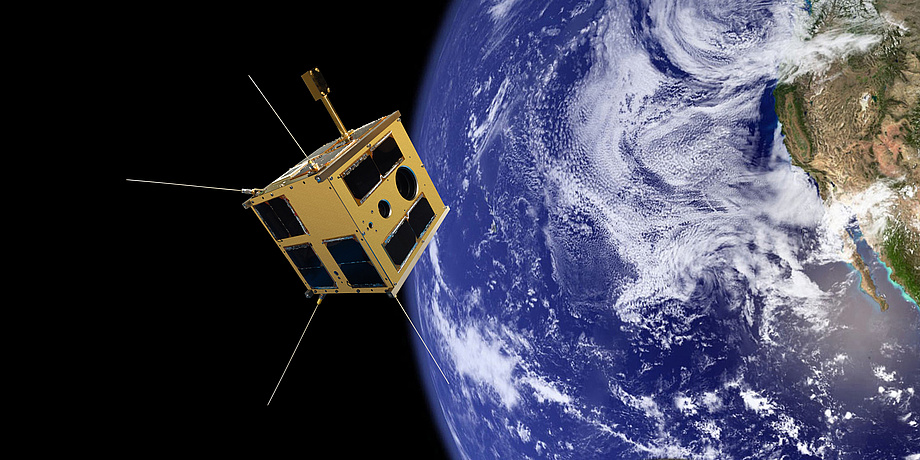 The nanosats of the BRITE mission focus on the brightest, hottest and most massive stars in the immediate neighbourhood of the universe. Since 25th February 2013 the two white-red-white (Austrian) satellites – TUGSAT-1 and UniBRITE – have been orbiting the Earth, together with the Polish and Canadian satellites, which were launched later. “The satellites are now going into their fifth year of operation – the mission was originally planned for two years – and they’re still in an excellent condition. We’re counting on at least another two years of gathering high-quality data on the brightness of selected stars. So we’re more than satisfied,” says Otto Koudelka, who along with his team from TU Graz’s Institute of Communication Networks and Satellite Communications is responsible for the construction of TUGSAT-1 and the technical operation of the two Austrian satellites and the mission’s ground station in Graz.

Millions of measurements on 350 stars

In more than 2.5 million individual measurements, the instruments of the BRITE satellites have up to now included 350 single stars in 17 observation cycles. What is important is that the fluctuations in brightness of the selected stars, for instance, those of the constellation Orion, are fully documented. This can be done due to the cooperation of the BRITE fleet. At least one of the satellites always has visual contact with the star field. The brightness measurements are carried out on the red and blue wavelength ranges using small space telescopes and digital cameras on board the satellites. Rainer Kuschnig from the Institute of Communication Networks and Satellite Communications elaborates: “The observed pulsation frequencies enable us to take a look at the interior of the star by means of applied asteroseismology. Among other things, we’ve discovered new pulsating stars, and investigated the complex interaction between the stars and their gas and dust disks in their immediate vicinity. On top of this, thanks to the BRITE satellites, we’ve found stars with huge sunspots on their surfaces and analysed binary star systems.”

Beta Pictoris – a new kid on the block among heavenly bodies

The BRITE satellites are currently engaged in a multinational campaign of observation on the star Beta Pictoris. What’s so special about this star? Less than 30 million years old, it is extremely young in astronomical terms, and is also orbited by a planet. Findings about its formation could lead ideally to drawing conclusions about the formation of the Earth.

To date, 12 peer-reviewed articles in well-known journals have been published making use of the mission’s gathered data and its classification. The current publication rate is at one new article per month. After BRITE conferences in Gdansk, Poland, and Innsbruck, some 60 of the mission’s scientists and other interested persons will meet in August this year in Montreal, Canada. “The BRITE mission is impressive proof that challenging scientific issues can be investigated using small, economical satellites,” sums up Otto Koudelka. Data analysis shows that the satellites can transmit data of high scientific quality for at least another two years.

TUGSAT-1/BRITE Austria is attributed to the Field of Expertise "Information, Communication & Computing“, one of TU Graz' five strategic areas of research. 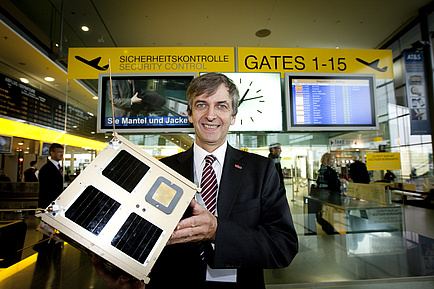 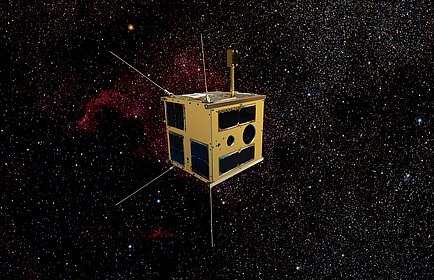 4 years in space and in best condistion: TUGSAT-1, the first Austrian satellite in space, built and testet at TU Graz. Montage: © TU Graz