The physicist receives the renowned prize for her project to investigate the interaction between UV light and matter in spectral ranges that have not yet been extensively researched. Birgitta Schultze-Bernhardt was already honored this year with the Austrian Science Fund FWF's START Prize. 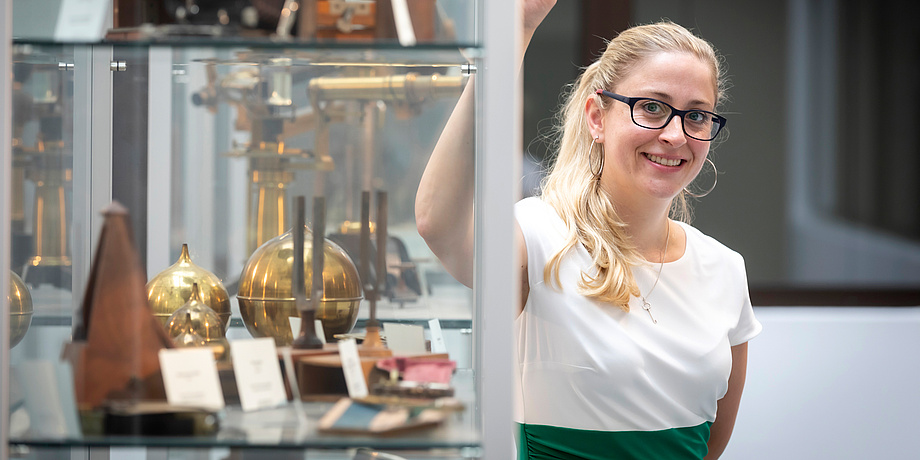 Ultraviolet light is particularly high-energy light. Its interaction with matter is of enormous importance, since our sun, for example, emits light in the UV range that triggers chemical reactions in atmospheric trace gases. So far, however, there is still no laser that emits directly in this high-energy range – something that would enable the direct access for research work in the ultraviolet spectral region. "In order to be able to investigate processes triggered by UV light as precisely as possible, we currently have to resort to tricks that are unfortunately very inefficient," explains Birgitta Schultze-Bernhardt.

The researcher converts light from an infrared laser into UV light. Then two of these high-energy light sources are sent through a material sample in the form of so-called frequency combs. A frequency comb is a very stable short pulse laser that emits many millions of pulses per second. Inside the material, the frequencies are "swallowed" to varying degrees. Finally, the use of two frequency combs makes it possible to measure the high optical frequencies very accurately using a conventional photodiode. This allows insights into the chemical components as well as the optical properties of materials.

For this concept, Schultze-Bernhardt was recently awarded the START Prize of the Austrian Science Fund (FWF) (for more about this, see the press release of 17th June 2020). Unfortunately, a lot of power is lost during this light conversion process. "To ensure that there is enough left over when converting from infrared to ultraviolet light, you have to start with a lot of power," says Schultze-Bernhardt. "With current laser technology, only measurements in the near UV spectral range are possible."

New infrastructure to shed light on the matter

The ERC Starting Grant of 2.2 million euros from the European Research Council (ERC) now enables the researcher to penetrate into the higher-energy, so-called extreme UV range.
With the funds, Schultze-Bernhardt can, on the one hand, establish her own research group at the Institute of Experimental Physics and the Institute of Materials Physics and, on the other hand, bring particularly powerful laser sources and expensive high-power amplifiers to TU Graz. "This will enable us to achieve spectral resolutions in the future that would never be possible with current spectrometers and to transfer our method to UV ranges that have not been investigated satisfactorily so far."

From basic research to application

Although this is still basic research, Birgitta Schultze-Bernhardt is already thinking ahead with her work: "One area of application is atmospheric research. Maybe we can leave the lab at some point and move the measurements into the field. Colleagues of ours are already working on making the technology portable." Cooperation with other institutes of TU Graz, such as the Institute of Electrical Measurement and Sensor Systems, is also being planned. Together with Alexander Bergmann, head of the institute, Birgitta Schultze-Bernhardt would like to investigate the formation of aerosols in atmospheric trace gases in more detail.

Birgitta Schultze-Bernhardt (born 1981 in Erlangen, Germany) is a researcher at the Institute of Experimental Physics and the Institute of Materials Physics at Graz University of Technology. She is part of the three-year Leading Women Programme at TU Graz – a career initiative that prepares women assistant professors at TU Graz for future leading positions in university management. Schultze-Bernhardt is intensively engaged in laser technologies for the measurement of light-induced processes and received her doctorate at the Faculty of Physics of the Ludwig-Maximilians-University in Munich and at the Max Planck Institute for Quantum Optics in Garching under Nobel Prize winner Theodor W. Hänsch. In June 2020, she was awarded the START Prize of the Austrian Science Fund (FWF), one of the most lucrative and recognized science prizes in Austria.

There is an interview with START Prize winner Birgitta Schultze-Bernhardt in scilog - the magazine of the Austrian Science Fund FWF.

The European Research Council (ERC) supports outstanding researchers with highly remunerated grants. Starting Grants are awarded to young researchers who are conducting groundbreaking research and wish to establish their own independent research group. Further categories are the Consolidator Grant for scientists already established in the research community, the Advanced Grant for established scientific leaders and the ERC Proof of Concept Grant for researchers who have already received a grant. Current ERC grants at TU Graz can be found under the following link www.tugraz.at/forschung/forschen-an-der-tu-graz/erc-grants 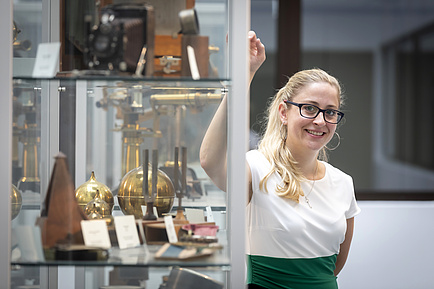 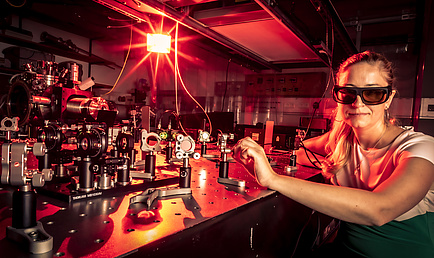 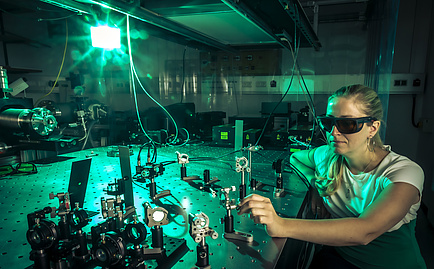 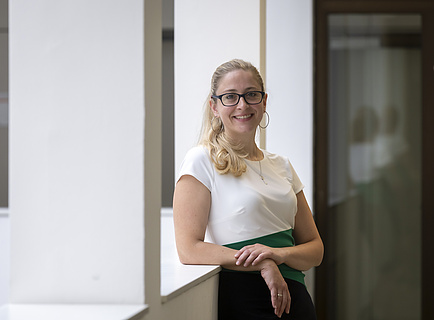 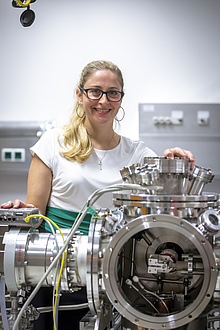 Schultze-Bernhardt received her doctorate at the Faculty of Physics at Ludwig-Maximilians-Universität in Munich and at the Max Planck Institute for Quantum Optics in Garching under Nobel Prize winner Theodor W. Hänsch. © Lunghammer - TU Graz