Peter the Great St. Petersburg Polytechnic University awards an honorary doctorate to the Rector of Graz University of Technology, Harald Kainz, in recognition of his contribution to the promotion of the long-standing strategic partnership between the two universities. 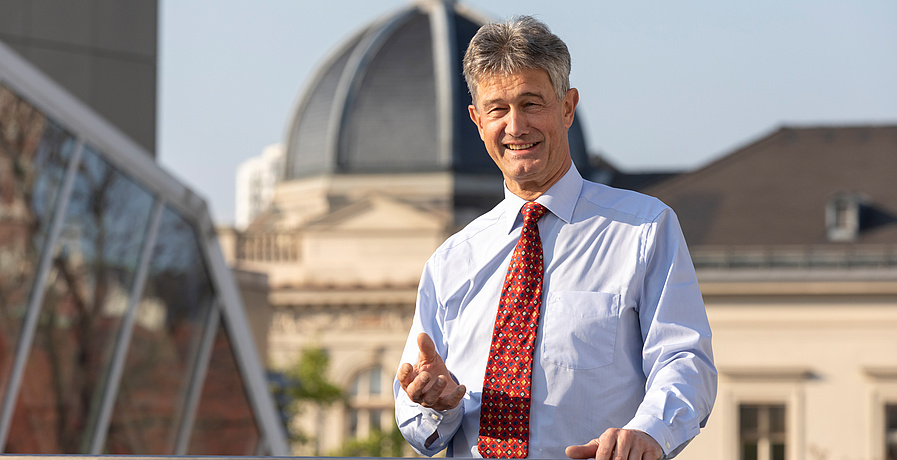 Special mail from Russia reached the office of the Rector of TU Graz, Harald Kainz: Andrei Rudskoi, Rector of Peter the Great St. Petersburg Polytechnic University (SPbPU), informs his counterpart in the personal letter that he has been awarded an honorary doctorate by SPbPU in gratitude for the close and successful cooperation. The ceremonial presentation should have taken place during a delegation visit from TU Graz to St. Petersburg, but was postponed due to corona-related restrictions. Rudskoi wants to catch up on the ceremony "as soon as the global situation allows."

The two universities have been in partnership for over thirty years. The first cooperation agreement dates back to 1985. This was followed by the development of a strategic partnership in 2013. The exchange of students and staff, guest lectures, joint research work and the twinning of the two cities Graz and St. Petersburg ensure close ties between the two universities.

"Peter the Great St. Petersburg Polytechnic University is one of the best universities in Eastern Europe," emphasizes Rector Kainz. "It is both a pleasure and an honour to receive this award. I would also like to thank Rector Rudskoi for his great personal commitment to the decades of successful cooperation between our two universities." Rector Andrey Rudskoi did not visit Graz until 2018 to sign the extension of the strategic partnership between the two universities. At that time, he received a bust of Archduke Johann from TU Graz as a thank you for his commitment.

After the Budapest University of Technology and Economics 2015 and the Romanian Polytechnic University of Timisoara 2007, SPbPU is the third university to award Harald Kainz an honorary doctorate.

Harald Kainz was born in Graz in 1958. After studying civil engineering (1983) and construction management in civil engineering (1985) at Graz University of Technology, he worked at the Institute of Urban and Industrial Water Management, Groundwater Hydraulics and Agricultural Hydraulic Engineering. After obtaining his doctorate in 1990, he was employed in leading positions in engineering offices in Austria and abroad, including eight years as managing director and board member of Umwelttechnik Wien.

After ten years of experience in business he returned to TU Graz in 2000 and was appointed to the Chair of Urban Water Management and Landscape Water Engineering. In 2004 Harald Kainz was appointed Dean of the Faculty of Civil Engineering. In 2007 he became Vice-Rector of Infrastructure and Information and Communications Technology. Currently in his third term of office, Harald Kainz has been Rector of Graz University of Technology since November 2011.

Here you can find more information about the Strategic Partnership between TU Graz and Peter the Great St. Petersburg Polytechnic University