The international community of brain computer interface (BCI) experts will meet between 18 and 22 September in Graz. As part of the programme a Science Slam will put an entertaining spotlight on the current state of BCI research. 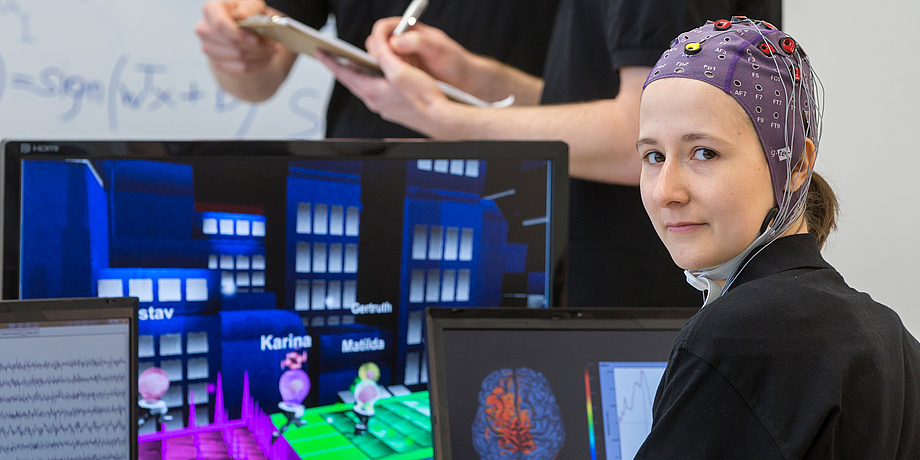 Composing music by means of measuring the brain’s electrical potentials, neuroprostheses and thought-controlled computer games still seemed all but impossible only a few years ago, but now they are already a fact of real life – at least in the fields of research and clinical application. Brain-computer interfaces are evolving rapidly, and these formerly pure laboratory applications are on the cusp of becoming an everyday reality. So where is the research now, and where is it heading? International BCI experts from over 20 countries discuss this important subject at the invitation of the Institute of Neural Engineering at TU Graz from 18 to 22 September at the BCI Conference in Graz – the world’s biggest scientific BCI conference.

The team of TU Graz under the leadership of institute head Gernot Müller-Putz attracted international attention in the summer of 2017 with a publication about music composition by means of BCI. Reasonably musical persons are able to “think” melodies in their individual components directly into musical notation. Basically this is a “sideline” of the institute’s very lively research activity with focus on BCI applications that replace or broaden physical functions and strive to help persons with impaired motor skills gain greater independence. “We are working intensively on the further development of thought-controlled neuroprostheses that recognise motor commands directly at the surface of the scalp by measuring the brain’s electrical potentials, and translate them into the intended movements. Although nowadays such prostheses are occasionally already in use, they are not yet very mature and still rather tedious to handle. Although this is not readily apparent to a healthy person, the simple act of gripping an object is in fact a highly complex movement,” explains Gernot Müller-Putz.

The side programme of the conference is also full of highlights. In addition to a
hackathon for brain-computer interface designers there will also be a BCI Science Slam – a stage show that puts the spotlight on the entertaining side of science. With the help of all manner of props and lots of humour, five BCI experts will each introduce the focus of their research activities in six-minute presentations. The audience then chooses the Science Slam Champion of the day.

Reinhold Scherer, researcher at the Institute of Neural Engineering and himself formerly a national Science Slam Champion, explains what to expect: “The shows tell us about BCI applications for pilots, about the activity of the human brain in space or BCI technologies as supportive elements of the treatment of children suffering from ADHD”.

All those who are interested are most cordially invited to attend the BCI Science Slam on Friday, 22 September. Admission is free!