TU Graz students score points with lightness of structural engineering: The bridge with which the team qualified for the ‘Nordic Steel Bridge Competition’ weighs only 50 kilograms and is two metres high. 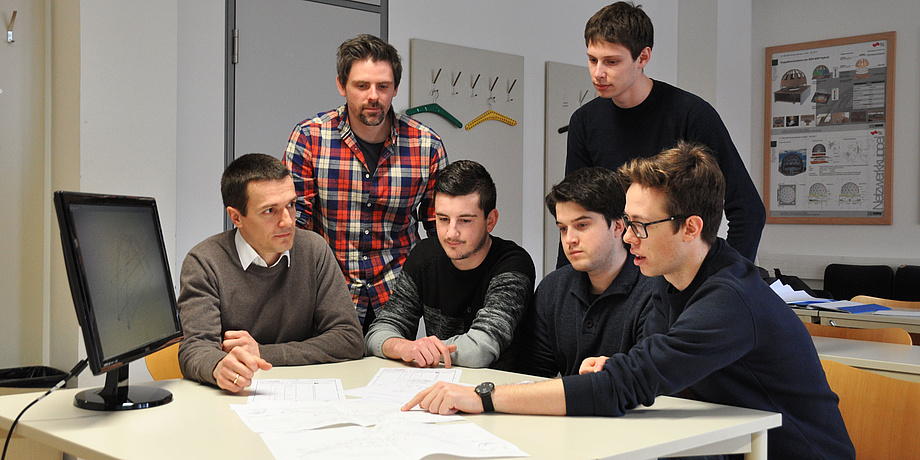 The Steel Panthers of TU Graz are taking part in the end round of the BRICO 2018 in Tallinn, Estonia, from 14th to 18th May with a bridge five metres long and two metres high. From left: team leaders Markus Kettler and Friedrich Novak and students Franz Kiem, Markus Auer, Stefan Wetscher and Dominik Matzler.

The bridge design is intricate, airy and made of steel, and enabled TU Graz students Markus Auer, Franz Kiem, Dominik Matzler and Stefan Wetscher  to be the only Austrian team to enter the end round of the BRICO 2018, to be held in Tallinn in May. Despite the invitation to Estonia, which will host the finals in May, not all obstacles been removed by a long chalk. Read the interview with team leader Markus Kettler from TU Graz’s Institute of Steel Structures and civil engineering student Dominik Matzler to discover what the team find so exciting about the competition and what stands between the ‘Steel Panthers’ and Tallinn.

News+Stories: What exactly is the challenge in the Nordic Steel Bridge Competition (BRICO) 2018?

Markus Kettler: The BRICO is an international student competition. It’s all about planning and designing a steel bridge five metres long and erecting it on location in the fastest possible time, and presenting it – of course in English – to an international audience. This is an enormous challenge for a student team.

What do you find so personally exciting about it?

Dominik Matzler: The bridge should be able to bear a load of up to 1000 kilograms without becoming severely distorted. It would have been easy to design a solid construction. But what counts in BRICO is the efficiency of the design. Efficiency means keeping the weight down, which in turn means deploying material sparingly, and still being able to build it so that it is stable. A solid construction using a lot of materials would therefore be bad. And anyway, the construction is supposed to consist of a number of components, each of which may have a maximum length of 1.2 metres. Each individual segment must fit in a box of 25 x 25 x 120 centimetres and is not allowed to weigh more than six kilograms. The parts have to be designed in such a way that the on-site team can assemble them as fast as possible – if you reach the finals, that is a special requirement. Originality and the aesthetics of the load-bearing structure play an additional role in the assessment.

How did you solve it?

Markus Kettler: Before we applied, there were a couple of variants which we worked out among ourselves and we each concentrated on one aspect of them. On the one hand, speed of assembly. We had a model which weighed twice as much as the present design, but it could have been assembled much faster. And then there was the opposite approach: aiming for the lightest design but whose assembly is more difficult. We finally decided in favour of the latter. 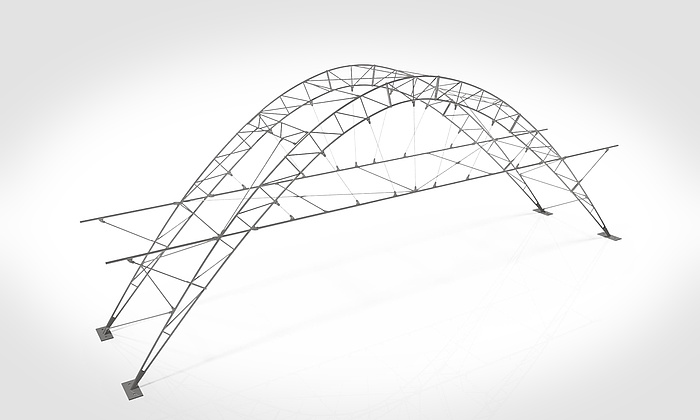 The statics of the beams, in other words – which cross sections of the supporting elements of the bridge should be used – are crucial in the first stage of the competition. It has to be shown in detail in the second stage how the beams are connected with each other.

Of course, this intricate design had to be able to bear the prescribed load. Our bridge weighs a total of 50 kilograms and can bear a load of one tonne. It is therefore a very efficient load-bearing structure. In this way we wanted to score points in the category ‘design efficiency’, which hopefully will put us in the lead in the overall evaluation.

I believe in the idea of competitions and the motivational value for the students who take part. (Markus Kettler, TU Graz)

What made you participate?

Markus Kettler: This is the third time the BRICO has been held, and we hadn’t participated before. Just by chance I came across the competition documents last summer. I believe in the idea of competitions and the motivational value for the students who take part. They can bring their whole know-how to bear. For this reason I was always looking for a competition in the field of steel structures in the last few years. And then, very quickly, four students announced they wanted to take part.

So how did the ‘Steel Panthers’ come together?

Dominik Matzler: I was sitting in a bar with two colleagues from the masters program Civil Engineering Sciences and Structural Engineering when an email from our second supervisor Friedrich Novak came in with an invitation to the competition. For Franz, Stefan and me it was obvious that we wanted to do it, and when Markus got in touch, our team was complete. By the start of December we had presented our various drafts at the Institute and subsequently carried out an evaluation of the aesthetics within the Institute. Stefan’s already completed master’s programme in architecture was helpful for the graphical preparation of the project documents. 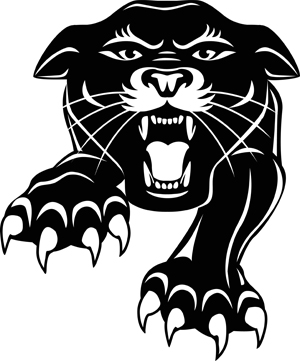 The logo and name of the Steel Panthers are inspired by the Styrian heraldic animal, the Panther - not by the name of the related glam-metal band from LA.

What part of the project are you spending most time on?

Dominik Matzler: The specific implementation of the bridge with funding and everything associated with it. We found a steel merchant who is providing us with the material. A steel constructor is cutting the components, and another company is providing the arch shape for the beams. And we’ve found people to process the components at the Institute of Production Engineering. We’ve thus been able to raise half of the altogether 10,000 euros of production costs in terms of contributions in kind.
Markus Kettler: The production costs of an aesthetically good looking structure are relatively high. And we’re reckoning with travel costs of about 4000 euros for four students and a supervisor. Although TU Graz’s Faculty of Civil Engineering actively supports us, we still have to raise some 8,000 euros to fund our dream of reaching the final in Tallinn. But we’re optimistic.

The Nordic Steel Bridge Competition (BRICO  is held each year by Tallinn University of Technology (Estonia). The competition is in three stages. The first stage deals with the general concept and the beam statics for the steel bridge, and the second stage looks at the construction details. Teams which qualify for the third stage travel to Tallinn to build the bridge on location and present it. The efficiency of the structure, the speed of setting it up, aesthetics and the presentation itself are assessed.