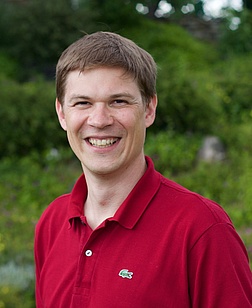 Thomas Pock received his MSc (1998-2004) and his PhD (2005-2008) in Computer Engineering (Telematik) from Graz University of Technology. After a Post-doc position at the University of Bonn, he moved back to Graz University of Technology where he has been an Assistant Professor at the Institute of Computer Graphics and Vision. In 2013 Thomas Pock received the START price of the Austrian Science Fund (FWF) and the German Pattern recognition award of the German association for pattern recognition (DAGM). In 2014, he received a starting grant from the European Research Council (ERC). Since 2014 Thomas Pock is a Professor of Computer Science at Graz University of Technology, where he is leading the vision, learning and optimization (VLO) group. In 2019, he became a member (reporter) of the board of the Austrian Science Fund (FWF) for the section computer science. The focus of his research is image processing, computer vision, inverse problems, convex and non-smooth optimization, and machine learning.