Dominik Hirner recieved the B.Sc. and M.Sc. degrees in Computer Science from the University of Technology Graz, Austria, in 2016 and 2018, respectively. During his Master's study he spent two years at the AIT Austrian Institute of Technology. There he worked on many customer projects but mainly focused on his work for his master thesis. His thesis was part of an industrial light-field camera used for high-speed in-line computation. In particular he worked on a Neural-Network that predicted surface normals as well as object classes using their epipolar geometry given by the light-field data. 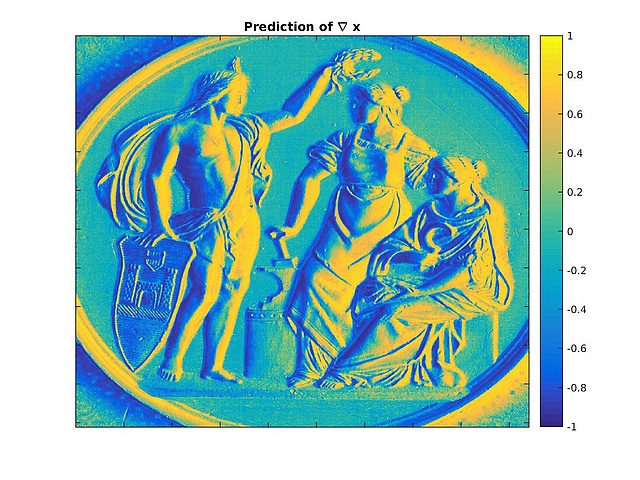 Example result of the light-field NN for a glossy coin object.
The color encodes the surface-normal gradient in x-direction.

Since November 2018, he is a Ph.D. student at the Institute of Computer Graphics and Vision (ICG), Graz University of Technology.

In 2019 he worked on the Core3D project together with General Electrics , Cornell and CMU. In this project he worked mainly on improving 3D reconstruction of urban scenes via satellite stereo images. 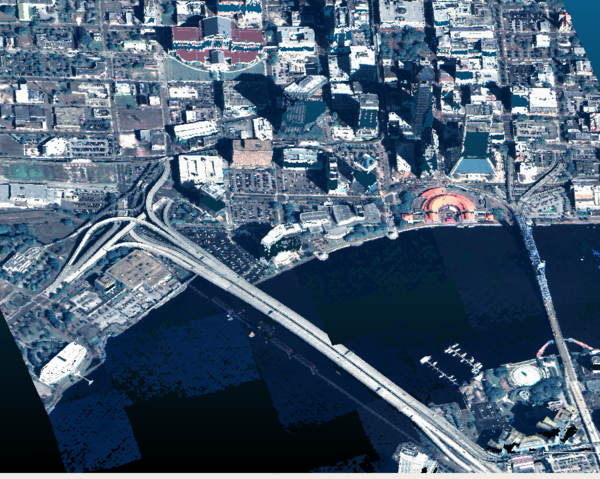 Example of a point-cloud reconstruction of an urban scene (Jacksonville FL, USA).

In 2020 he worked on the SV4I (street-view for the visually impaired) project. This FFG funded project was focused on using 3D data generated from structure-from-motion techniques in order to create a geo-referenced map for walkable and non-walkable areas and pure vision based localization. 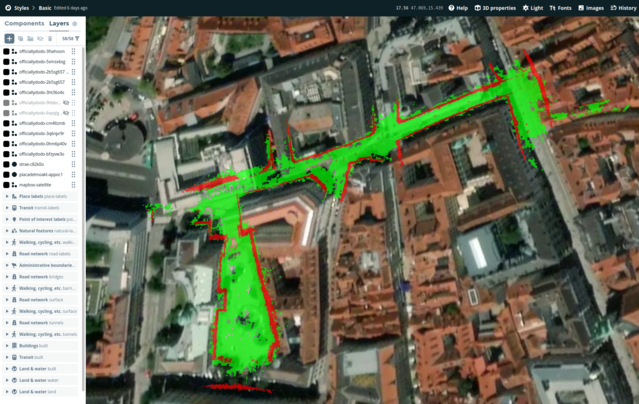 In 2020 he published a paper [1] at the International Conference on Pattern Recognition called: FC-DCNN: A densely connected neural network for stereo estimation. FC-DCNN stands for fully-convolutional densely connected neural network. In this work, he proved that by using machine learning in order to train rich and deep features for the feature matching step in the stereo pipeline, you can already outperform traditional methods such as SGM (Sem-Global Matching) or MGM (More Global Matching). 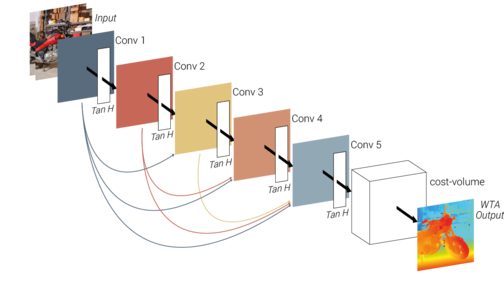 He continued his work on machine learning stereo estimation and in 2022 he published a paper at the International Conference on Pattern Recognition called: FCDSN-DC: An Accurate and Lightweight Convolutional Neural Network for Stereo Estimation with Depth Completion. In this work, he continued to improve the feature extraction part as well as add a machine learning based similarity function and a novel depth completion part. 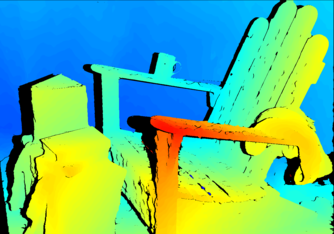 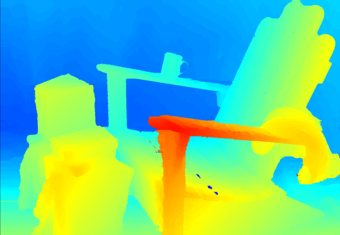 A full list of my publications can be found in the PURE system of TU Graz.

Dominik Hirner and Friedrich Fraundorfer FC-DCNN: A densely connected neural network for stereo estimation Publikation in PURE anzeigen
Team Menu
Contact
Dominik Hirner
Dipl.-Ing. BSc
dominik.hirnernoSpam@tugraz.at
Legal Notice, Privacy Policy
Accept all cookies
Cookie-Categories:
We use cookies in order to be able to provide you with the best possible service in the future. In the privacy policy you will find further information as well as the possibility of withdrawal.
Save preferences