Bridges are the epitome of connecting architecture. The Untere Draubrücke in Villach connects the two banks of the river - but mainly for car traffic. However, it has much greater potential. Underneath the bridge, residual spaces are created that accommodate exciting uses, offer space for appropriation, or can themselves play a connecting role for their heterogeneous urban environment. We approach this spatially small construction task on three levels: via the larger functional connections in the urban district, the spatial potential and the various actors in the immediate vicinity and the concrete location under the arches of the bridge. Through the sensitive reaction to the neighbourhood and the city, we develop a small architectural intervention that unfolds a positive effect on its surroundings as an urbanistic tool. 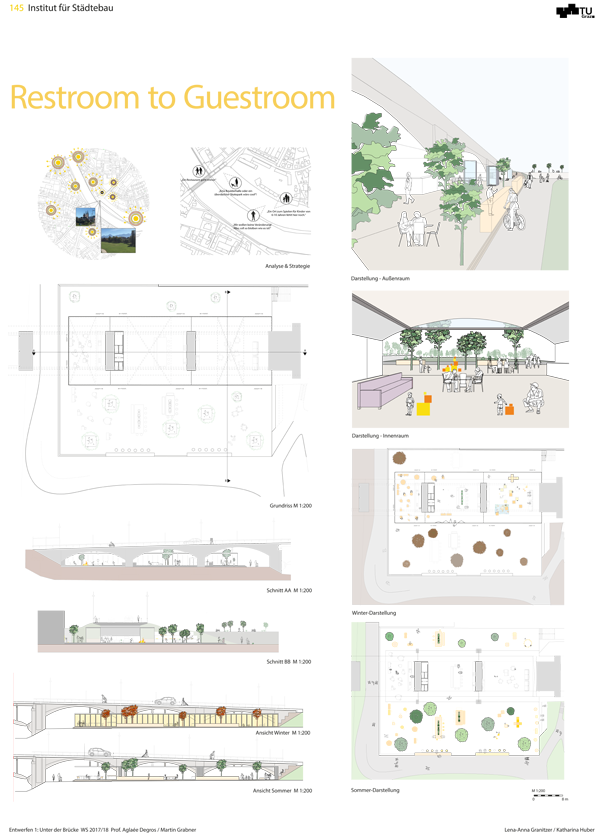 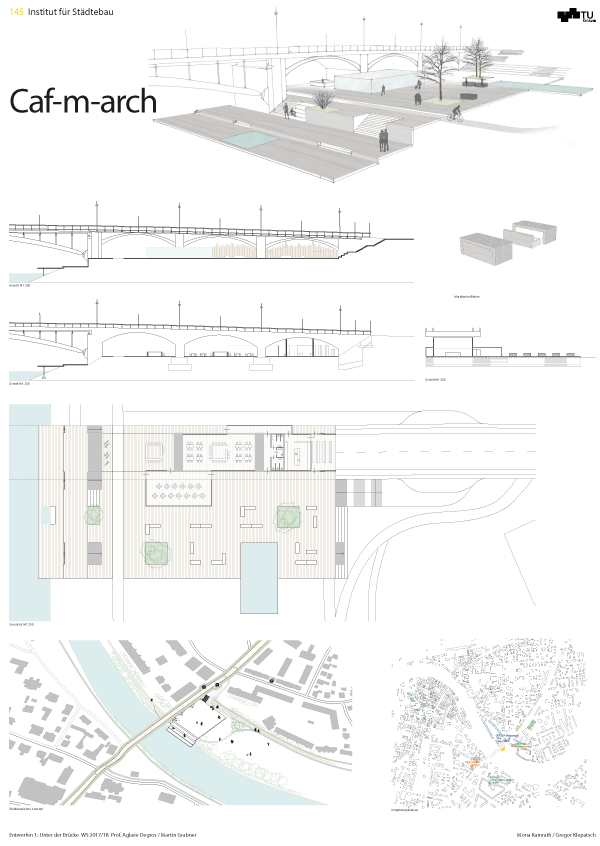 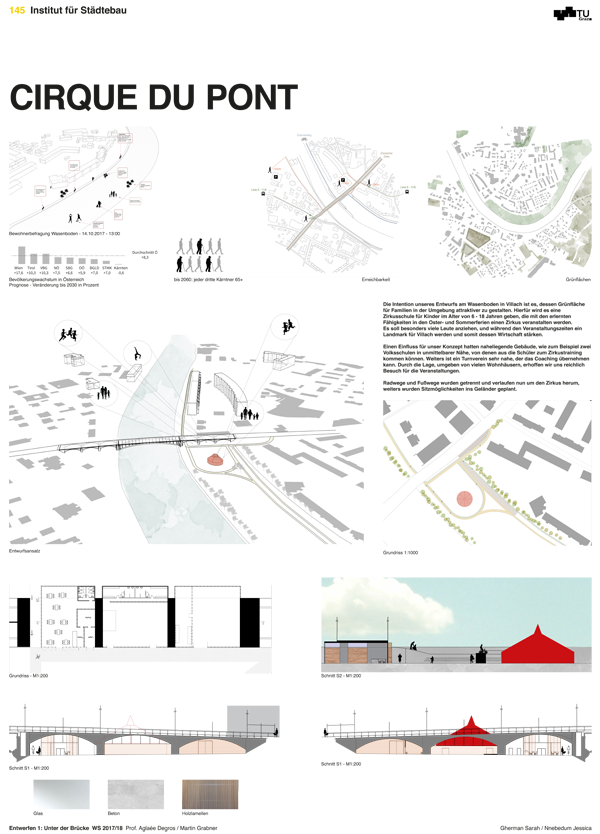