Recently our group started with experiments where we isolate atoms and molecules in helium nanodroplets (HeN), consisting of a few thousand He atoms. In the first experiments, we aim to learn about the influence of the superfluid environment on photoinduced dynamics, to be eventually able to perform and study photochemical processes inside the droplets.

Figure 1: Femtoseconds laser pulses, that can be frequency upconverted via second harmonic generation (SHG) or optical parametric amplification (OPA), successively excite and ionize atomic or molecular species, which are isolated in superfluid helium nanodroplets. Photoelectrons and/or ions are measured via their time-of-flight in a spectrometer. 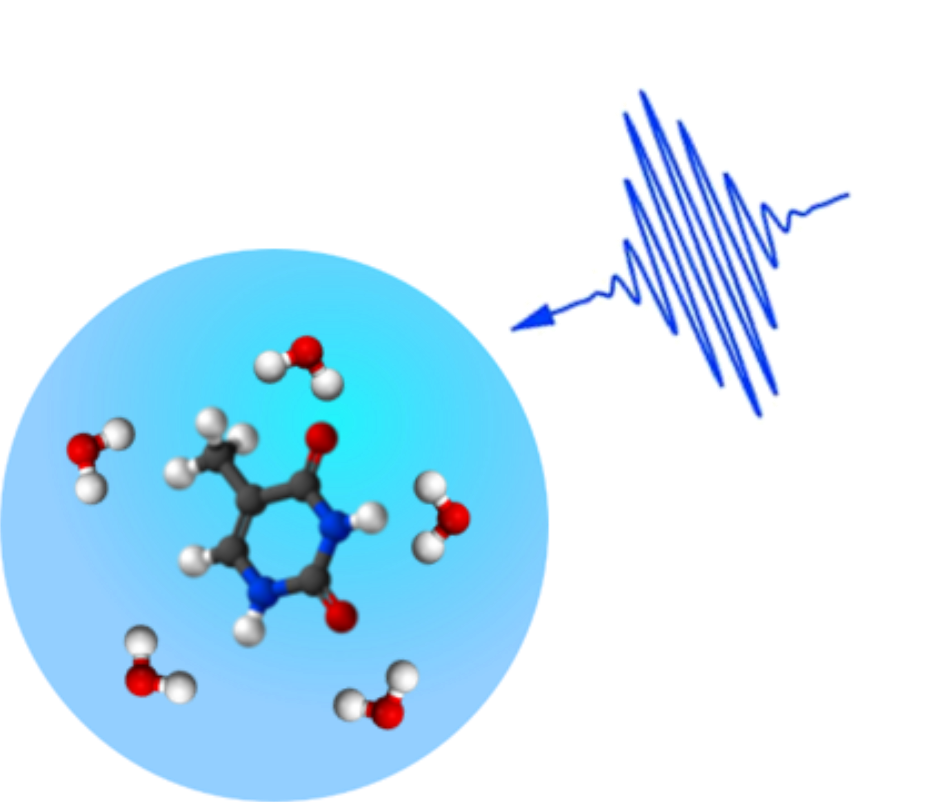 But why use helium nanodroplets as a solvation environment?
HeN are ultracold, weakly perturbing and optical transparant up to high photon energies, which makes them an ideal nanocryostat and solvent for photospectroscopy. The complex formation mechanism of the droplets leads to temperatures of about 0.4 K, which is well below the superfluid phase transition of helium. Therefore, molecular and atomic complexes, that might not be stable at room temperature, can be isolated and stabilized in the helium host matrix. The fact that the pick-up process of guest species can be done in a well-controlled manner, offers the investigation of photochemical processes in tailored systems like a micro solvation environment. An example experiment would be the isolation of a biologically relevant molecule in the droplet and extending the regime by co-doping a certain number of solvent molecules, thereby bridging from gas-phase to solution experiments.

Our research so far focuses on the characterization of excited state dynamics of simple atomic and molecular systems and aims at understanding the influence of the helium nanomatrix on ultrafast processes. It is commonly known, that photoexcitation inside the droplet changes the interaction between the dopant and the helium environment, which is driven mainly by an extended electron density that couples to the quantum fluid. Photoexcitation triggers the extension of an embracing helium bubble, in which the dopant resides, thus giving rise to oscillation modes of the system that can be sensed with the transient photoelectron kinetic energy. Ultimately, repulsive interactions between the excited state and the helium leads to the ejection of dopants, the timescale of which will determine limits and capabilities for ultrafast studies inside HeN.

Figure 2: Dynamics after photoexcitation inside the nanodroplet, obtained with TDHeDFT: after a fast repulsion of the solvation shell during the first few ps, the dopant is ejected from the droplet within the next tens of picoseconds (This movie is part of our recent publication).