High-Frequency (HF) electromagnetic (EM) field problems are understood to be problems for which the magnetizing effect of the displacement current cannot be neglected anymore as it is typically done for eddy current problems. Hence, HF problems and especially EM wave propagation problems can only be described and correctly modelled with the full set of Maxwell’s equations and with corresponding numerical techniques.

For the analysis of HF problems beside several commercial numerical software packages also proprietary in-house codes are developed at the institute. Finite Element Method (FEM) based codes as well as Partial Element Equivalent Circuit (PEEC) based codes are available at the IGTE.

Modelling and simulation of HF-EM problems applying FEM based tools typically lead to high computational costs. Therefore, such approaches are impractical for the numerical assisted synthesis of HF components and devices like e.g. antennas. Hence, for such synthesis problems we have developed within the last years an antenna optimization and synthesization framework which utilizes reduced order models such as PEEC or surrogate models for the computation of the forward problem in the numerical optimization process. Frequency domain descriptions and time domain simulation techniques are implemented in the framework. The framework has been utilized very successfully especially for the synthesis of RFID and NFC transponders in the past years.

Beside the described application oriented research activities the HF group at the IGTE also conducts fundamental research on electromagnetic compatibility problems such as shielding, mode conversion as well as fundamental investigations on the detachment of electromagnetic waves from radiating structures and the description of the corresponding field regions.

Some demonstrative examples are: 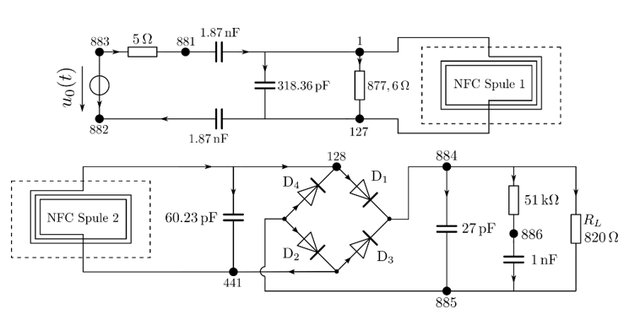 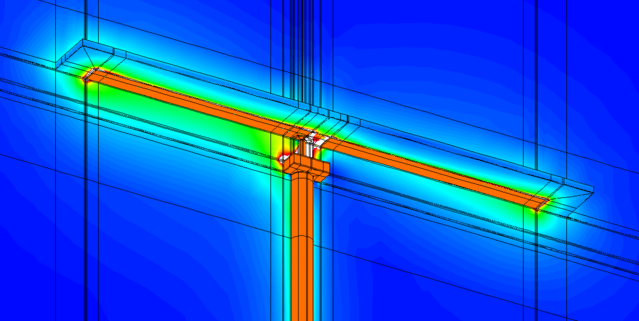 Scalar plot of the complex magnitude of the electric field intensitiy obtained from a full wave FEM simulation of an unbalanced feed dipole antenna. 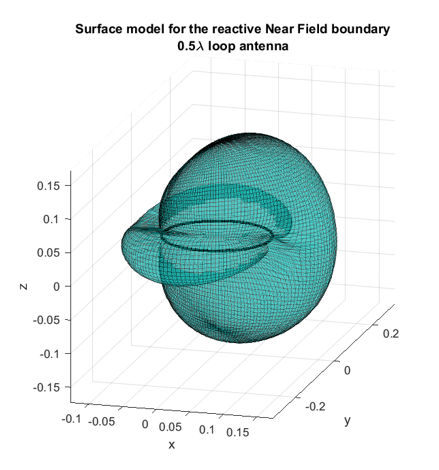 3D plot of the reactive near-field of a loop antenna.