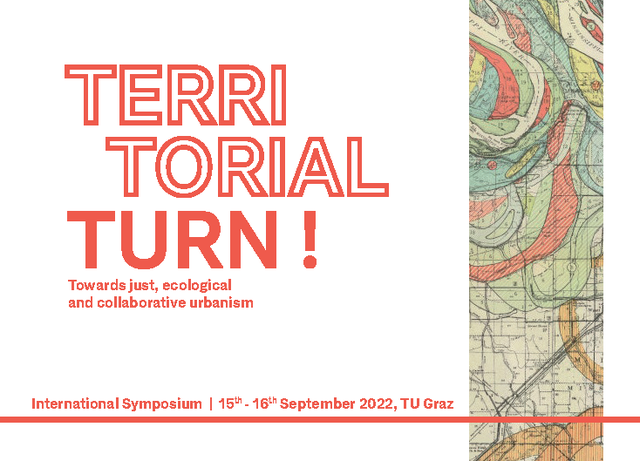 The Alluvial Valley of the Lower, Mississippi River; Harold Fisk, 1944

Join us for the International Symposium Territorial Turn! held by the Institute of Urbanism, TU Graz, and elaborate together with our our keynote speakers and presenters on changes, values and framework conditions of urbanism. The discussion on theoretical concepts and ideas, as well as pioneering practical urban design propositions will contribute to actively think, plan, design, and implement an ecological and equitable urban future on a territorial scale.

The symposium Territorial Turn! will take place in Graz on the 15th and 16th of September 2022. The symposium, which is part of the New European Bauhaus Program, will offer 1,5 days of presentations and discussions with international scholars and practitioners of the disciplines of Urbanism, Architecture, Landscape, Planning, Urban Studies and Design such as Susanne Eliasson (GRAU), Stefan Rettich (University of Kassel), Eva Pfannes (OOZE), Paola Viganò (EPFL Lausanne, IUAV Venice), who will present their perspectives on the Territorial Turn.  It will also feature testimonies of Ali Madanipour (University of New Castle),Christian Schmid (ETH Zürich), Maarten Van Acker (University of Antwerpen),  Erik Wieërs (Flemish Government) and Judith Schwentner (City of Graz) and Chris Younès (École spéciale d'architecture and École nationale supérieure d'architecture de Paris La Villette), while Philipp Misselwitz (TU Berlin, Bauhaus EARTH) will present an excerpt of the Bauhaus EARTH Charter.

The symposium Territorial Turn!, which is part of the New European Bauhaus Program, will take place in Graz on the 15th and 16th of September 2022 and will offer a program of presentations and discussions with international scholars and practitioners of the disciplines of Urbanism, Architecture, Landscape, Planning, Urban Studies and Design. 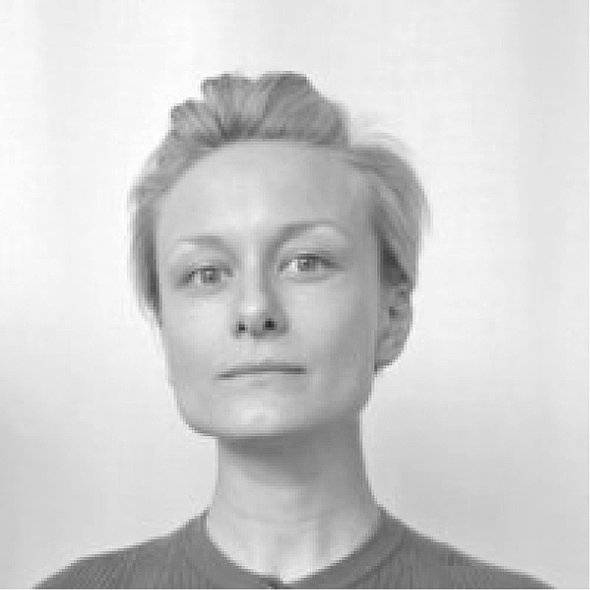 Susanne Eliasson is an architect and urban planner based in Paris. She is part-time professor at Hochschule Düsseldorf University of Applied Sciences (HSD). In 2010, together with Anthony Jammes, she founded the architecture and planning agency GRAU studio. GRAU - Good reasons to afford urbanism - has been the winner of the 2016 Young Urban Planners Award by the French Ministry of Housing and Sustainable Habitat and has been selected together with 3 other bureaux for the redevelopment of the surroundings of the cathedral and the reception of visitors to the square of Notre Dame, Paris. She has recently (2021) been appointed advising architect for the City of Bordeaux. Her work tackles quality issues around housing and looks at creating conditions by looking the urban forms, the environment, and economics to reach “good housing”. 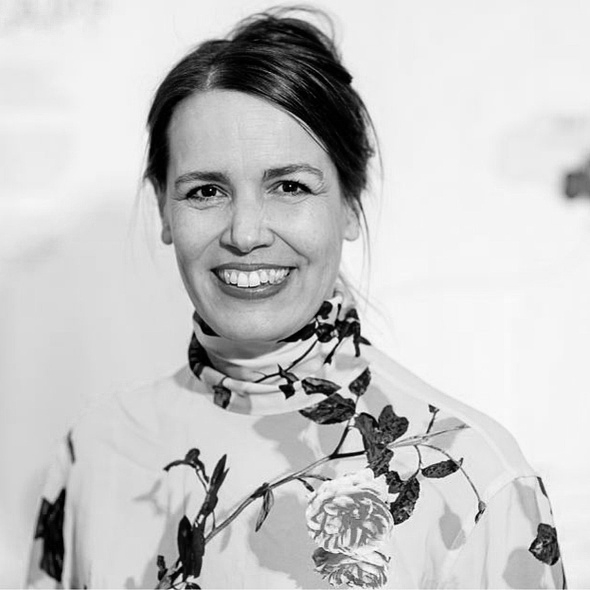 Eva Pfannes is an architect and urban designer working in Europe, India and Brazil. She is co-founder of Ooze Architects. Her expertise covers urban, participatory and climate resilience strategies including nature-based solutions. She received the 2017 Landscape Institute Award UK for ‘Best Design for Temporary Landscape’ and the 2017 LafargeHolcim Bronze Award-Latin America. In 2015, she was Practitioner in Residence at Central Saint Martins (UAL) and has served as jury member for several international architectural awards. 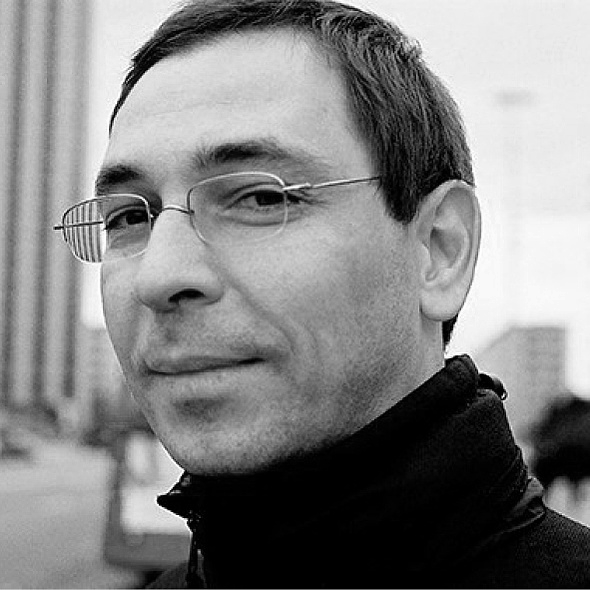 Stefan Rettich is an architect and professor of urban planning at the University of Kassel. He was previously Professor of theory and design at Bremen University of Applied Sciences, and taught for four years at the Bauhaus Kolleg in Dessau. He is a founding partner of KARO* architekten who participated in the XI and XII Architecture Biennale in Venice in 2008/2012. He contributed to the urban revitalization of Leipzig through bottom-up approaches and the reuse and transformation of derelict and empty buildings. His research focus on land, and land ownerships linked with climate change issues, urban obsolescence as spatial potentials, as well as new mobility in rural areas. 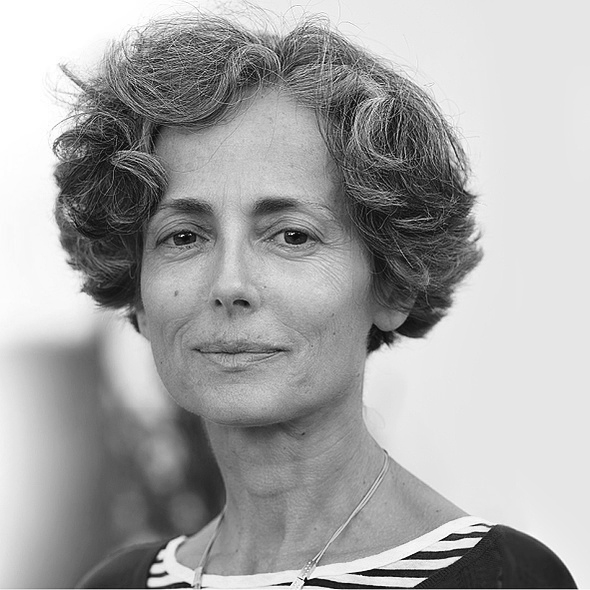 Paola Viganò is professor in urban theory and urban design at the EPFL, where she leads the Habitat Research Center, and Professor at IUAV Venice. She is also the head of the urban planning agency Studio Paola Vigano (formerly Studio Bernardo Secchi Paola Viganò) in Milan. She received the Grand Prix de l’Urbanisme 2013 in France, the title of Doctor Honoris Causa in 2016 by the UCLouvain, the Flemish Culture Award for Architecture 2017, and the Golden medal to the career for the Milan Triennale in 2018. Her research develops a reflection on the new territories of the project, which frames the project as a knowledge device. 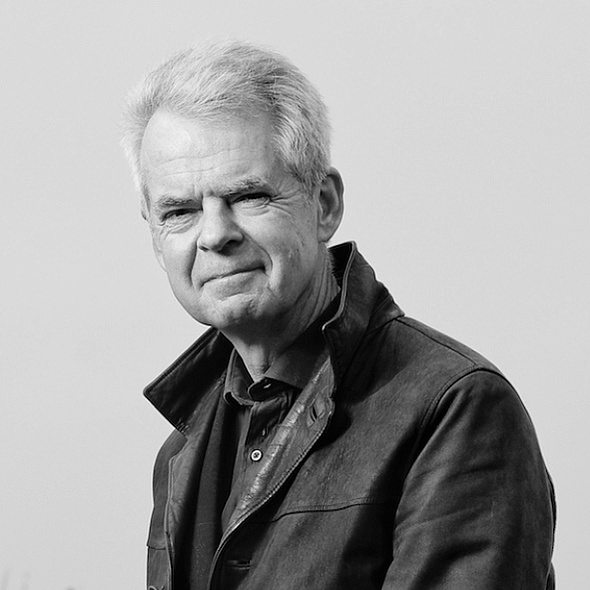 Han Meyer is emeritus professor of urban design at Delft University of Technology (TU Delft). He was an urban planner at the Rotterdam City Planning Department from 1980 to 1990, before is professorship at the TU Delft. His main focus is on the fundaments of urbanism and on ‘Delta Urbanism’, which pays special attention to the search of a new balance between urbanization processes and climate change in vulnerable deltaic territories. As such, he was the leader of the research program ‘Delta Urbanism’. Han Meyer has published several books and articles and has been the advisor for organizations in and outside the Netherlands. 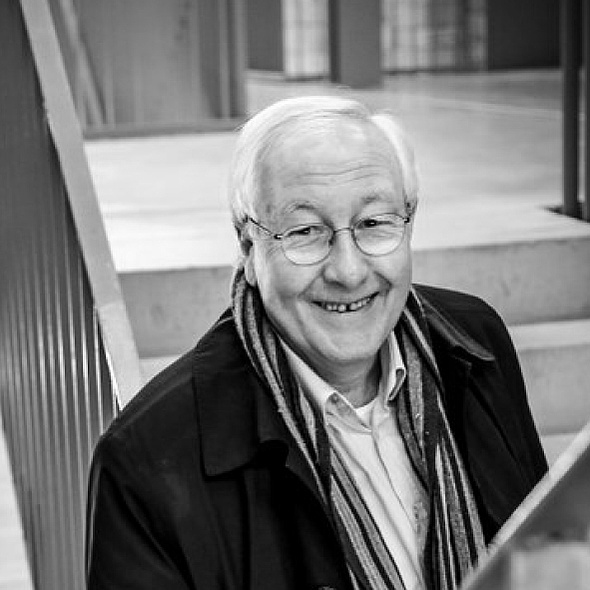 Marcel Smets is emeritus professor of urbanism at the University of Leuven. In 1989 he established the project Team Urban Design, a centre for research and design on revitalizing former industrial areas, docklands, and railway land. From 1989 to 2002, he was director of the urban architecture firm Projectteam Stadsontwerp. He also was chief architect and urban planner for several projects in Leuven, Antwerp, Hoeilaart, Rouen, Genoa and Conegliano. He has published numerous articles on the history and theory of urbanism and has been sitting on various scientific and professional commissions such as Europan. 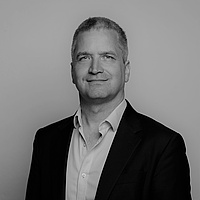 Philipp Misselwitz is an architect, urban researcher and professor at the Department of Design and International Urban Studies (Habitat Unit) at the Technical University of Berlin. In various research, teaching and consulting projects, he deals with the interaction of migration and urban development. Furthermore, his current research focuses on actor-based urban development processes and co-production in housing in Europe as well as the Global South, rural urbanization processes, trans-local production of space as well as transdisciplinary teaching methods in the field of urban design. He is a network partner at Urban Catalyst studio, a planning design consultancy group based in Berlin and has curated several exhibition projects such as  'Grenzgeografien' (Berlin, Zurich, Istanbul, 2007), 'Refuge' (Rotterdam Architecture Biennale, 2009). Since September 2021, he is the managing director of Bauhaus Earth, which’s goal is to develop a new future narrative for the design and construction of buildings and human settlements in which nature and civilization are re-entangled. 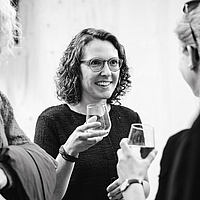 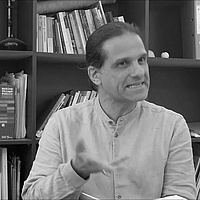 Socrates Stratis is an architect, urban planner and activist for the urban commons. He is an associate Professor at the Department of Architecture, University of Cyprus. He is one of the founding partners of the critical urban practice agency AA&U Cyprus. Furthermore, he owns a scientific position at EUROPAN Europe. He researches in political agencies of architecture and urban design by studying the strategic value of urban design. His work oscillates between diffractive practice and practice -based research.

Testimonies are video statements delivered from scholars, practitioners and politicians. They can be found in a dedicated space next to the conference room.

Ali Madanipour is Professor of urban design and a founding member and former director of the Global Urban Research Unit at the School of Architecture, Planning and Landscape, Newcastle University. His research into social exclusion and urban neighbourhoods has been funded by the European Commission in a series of major projects for 25 years. In 2010 he was Senior Visiting Professor at the Technical University of Vienna (2010), the Wits-Claude Leon Distinguished Scholar at the University of Witwatersrand, Johannesburg (2011), and Visiting Professor at the Polytechnic of Milan (2015). He has published numerous books on planning, design, development, and management of cities, which have been translated into many languages.

Christian Schmid is Professor of sociology at the Faculty of Architecture of ETH Zurich and researcher at the Contemporary City Institute, ETH Studio Basel. His background is in geography, sociology, and urban studies. He is author, co-author and editor of significant publications on Zürich urban development, international comparative analysis of urbanization as well as theory of the city and of space. He was one of the leading founder member of the International Network for Urban Research and Action (INURA) (1991).

Judith Schwentner is Deputy Mayor of the City of Graz City since 2021. She has been member of the Graz city council since 2019. She holds a PhD in Slavic and German studies and worked as a counsellor for immigrants and organisations in Graz and as a journalist. From 2006 to 2008 she was head of the Development Cooperation and Children&apos;s Competence Centre, Foreign Aid for Caritas Austria. In 2007 and 2008, she was head of the Intercultural Café and Event Centre Auschlössl, Caritas Austria. She entered politics in 2008 as member of parliament (Green party).

Maarten Van Acker is professor of urban design and Director of the Urban Development Research Group at the University of Antwerp's Faculty of Design Sciences. His research focuses on healthy urban design and robust infrastructure projects. He advises various cities, architectural offices, and project developers with the realization of complex urban development projects, infrastructural projects and the organization of international urban design competitions and workshops. He is board member at JUXTA architectuur, a leading architecture studio in Flanders, He is the author of several publications and member of the editorial boards of ONTO cahier and RUIMTE.

Chris Younès is Professor at the École Spéciale d&apos;Architecture and Emeritus Professor at École Nationale Supérieure d’Architecture Paris-La Vilette. She is the founder and deputy director of the Gerphau laboratory (Philosophy, Architecture, Urban Studies and Research Group) and chairs the international thematic network PhilAU (Philosophy, architecture, urban). She is also the editor of the review. She is also a member of the Council of the European Association for Architectural Education and a founding member of ARENA, the Architectural Research Network, and of the magazine L&apos;esprit des villes. In 2014 she was made Chevalier de la Légion d’honneur, received the Médaille de l’Enseignement et de la Recherche - Académie d’architecture 2019 and the title of Doctor Honoris Causa in 2020 by the University of Liège. She is also a jury member of several architectural and urban planning competitions, and author of several books. Her research develops reflexion at the interface between architecture, city, landscape, and philosophy and reflects on the metamorphosis of inhabited environments.

Erik Wieërs is an architect and co-founder of the Antwerp office Collectief Noord architecten. He is lecturer in architectural design at the Faculty of Design Sciences of the UA. In 2020 he became Flemish Ombudsman (Bouwmeester). His central task is to promote the architectural quality of the built environment. The Ombudsman and his team assist public clients in the design and realisation of buildings, public spaces, landscapes, and infrastructure. In addition, he contributes to the vision and reflection on architectural quality, design and high-quality construction in contemporary society. The Omudsmanacts is an advisor to the entire Flemish government. Erik Wieërs is interested in the social dimension of architecture and collective housing.

Our venue is a building of the Graz University of Technology (TU Graz) in Kronesgasse 5, 8010 Graz. From the train station or your accommodation, the venue can be reached in a few minutes on foot or by tram. 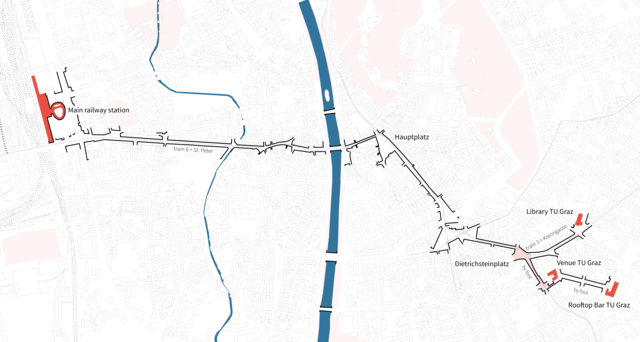 More on the Territorial Turn