Motivation
Due to the new TOR-Erzeuger guideline, which are based on the EU regulation "Requirements for Generators", short "RfG", new and major revised power generation plants are obliged to provide a proof of conformity. An important requirement is the Fault-Ride-Through capability, which considers the transient stability during voltage dips.

Content of the investigation
Due to the currently non-existing test or simulation rules, various simulation methods were analysed, which can generate a voltage dip. Subsequently, relevant variables were analysed by varying certain parameters within the simulation programme DIgSILENT - PowerFactory.

Figure 1 shows an exemplary curve of the rotor angle during a voltage dip to 30 % of the pre-fault value for a fault duration of 150 ms. Of great importance for the fulfilment of the FRT capability is the dynamic stability or the course of the rotor angle. If the rotor angle reaches a limit value, no stable operating point can be reached after the fault clearing and the power generation system gets out of step. 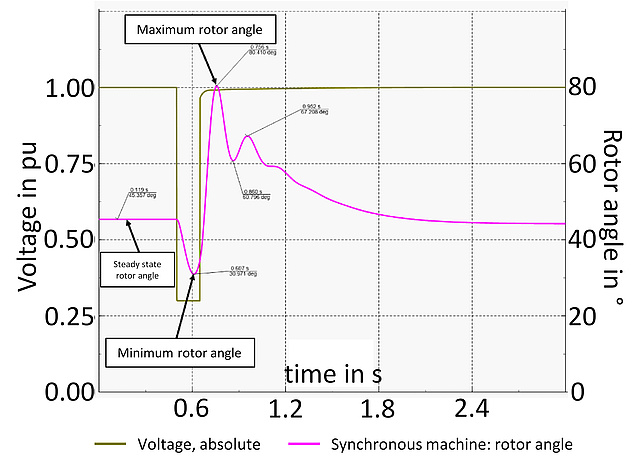 Figure 1: Exemplary curve of the rotor angle during a voltage dip to 30 % of the pre-fault voltage for a fault duration of 150 ms 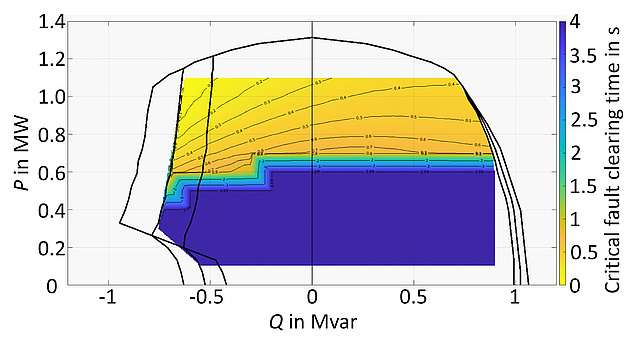 In addition, a study was done in cooperation with Energie AG Oberösterreich using a real run-of-river power plant and investigating the FRT capability of the synchronous power generation system.